1 Getting started. Forecasting has fascinated people for thousands of years, sometimes being considered a sign of divine inspiration, and sometimes being seen as a criminal activity. 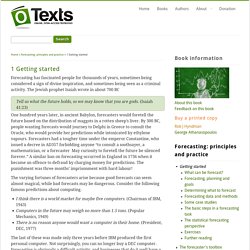 The Jewish prophet Isaiah wrote in about 700 BC Tell us what the future holds, so we may know that you are gods. (Isaiah 41:23) One hundred years later, in ancient Babylon, forecasters would foretell the future based on the distribution of maggots in a rotten sheep’s liver. By 300 BC, people wanting forecasts would journey to Delphi in Greece to consult the Oracle, who would provide her predictions while intoxicated by ethylene vapours. The varying fortunes of forecasters arise because good forecasts can seem almost magical, while bad forecasts may be dangerous. I think there is a world market for maybe five computers. The last of these was made only three years before IBM produced the first personal computer. In this book, we will explore the most reliable methods for producing forecasts. BBC Radio 4 - Ben Goldacre's Bad Evidence. Forecasting: principles and practice. 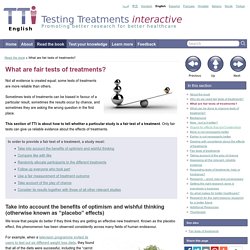 Sometimes tests of treatments can be biased in favour of a particular result, sometimes the results occur by chance, and sometimes they are asking the wrong question in the first place. This section of TTi is about how to tell whether a particular study is a fair test of a treatment. Only fair tests can give us reliable evidence about the effects of treatments. Take into account the benefits of optimism and wishful thinking (otherwise known as “placebo” effects) We know that people do better if they think they are getting an effective new treatment.

Carrots: just as good as fad diets? For example, when a television programme invited its users to test out six different weight loss diets, they found that all of the diets were successful, including the “carrot diet”, which was not a genuine diet at all, but was made up by the programme to provide a benchmark against which to measure the other diets. Why do we need fair tests of treatments? - Testing Treatments interactive » Testing Treatments interactive. Modern medicine has been hugely successful at reducing the impact of disease and increasing life expectancy. 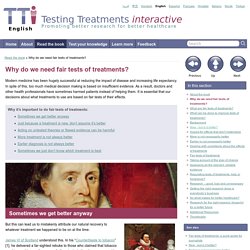 In spite of this, too much medical decision making is based on insufficient evidence. As a result, doctors and other health professionals have sometimes harmed patients instead of helping them. It is essential that our decisions about what treatments to use are based on fair tests of their effects. Jamie the Saxt: sorting out myth from reality in the tobacco debate since 1616. Why do we need fair tests of treatments? - Testing Treatments interactive » Testing Treatments interactive. BBC Radio 4 - Ben Goldacre's Bad Evidence. Forecasting: principles and practice. Www.cdc.gov/nchs/video/nhanes_participants/participant_english.pdf. NHANES - Video - Participants. Sampling frame. Importance of the sampling frame is stressed by Jessen:[3] In many practical situations the frame is a matter of choice to the survey planner, and sometimes a critical one. [...] 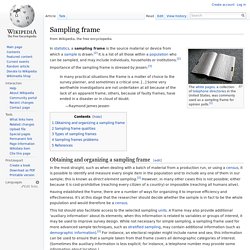 Loaded question. A loaded question or complex question fallacy is a question which contains a controversial or unjustified assumption (e.g., a presumption of guilt).[1] Aside from being an informal fallacy depending on usage, such questions may be used as a rhetorical tool: the question attempts to limit direct replies to be those that serve the questioner's agenda.[2] The traditional example is the question "Have you stopped beating your wife? 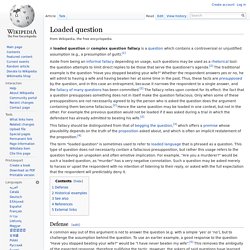 " Whether the respondent answers yes or no, he will admit to having a wife and having beaten her at some time in the past. Thus, these facts are presupposed by the question, and in this case an entrapment, because it narrows the respondent to a single answer, and the fallacy of many questions has been committed.[2] The fallacy relies upon context for its effect: the fact that a question presupposes something does not in itself make the question fallacious. 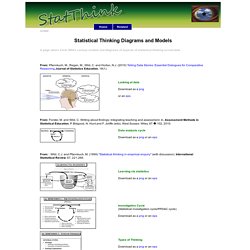 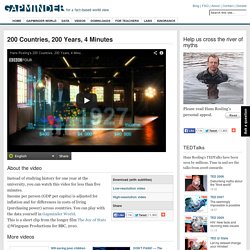 Not only is it not right, it’s the other way around! The world might not be as bad as you might believe! Www.istics.net/Correlations/ Spurious Correlations. iNZight for Data Analysis. Boyfriend. 2.2-categorical-variables-illustrated.pdf. 2.2-categorical-variables.pdf. Video-transcript-week2-statistics-boot-camp.pdf. Psychographic Analysis of Consumers — Moonshadow Mobile. Moonshadow has created Consumermapping, a tool to perform detailed demographic and psychographic analysis of consumers. 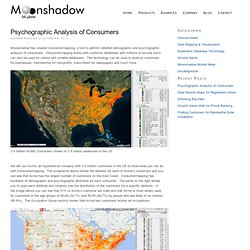 Consumermapping works with customer databases with millions of records but it can also be used for clients with smaller databases. The technology can be used to analyze customers for businesses, membership for non-profits, subscribers for newspapers and much more. 3.4 million ACME Customers shown on 1.9 million addresses in the US We will use Acme, an hypothetical company with 3.4 million customers in the US to show what you can do with Consumermapping. The screenshot above shows the address for each of Acme’s customers and you can see that Acme has the largest number of customers on the East Coast. ACME Customers in the US with Counts per State. iNZight for Data Analysis. Talks:Chris Wild. NHANES - National Health and Nutrition Examination Survey Homepage. The National Health and Nutrition Examination Survey (NHANES) is a program of studies designed to assess the health and nutritional status of adults and children in the United States. 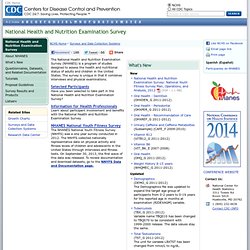 Gapminder: Unveiling the beauty of statistics for a fact based world view. iNZight for Data Analysis.