Inside the week that has left the NBA and NHL shut down. It has been just one week. 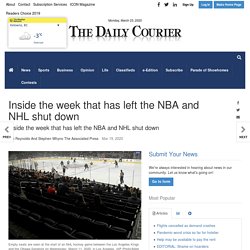 That’s all. Just one full week since Utah Jazz centre Rudy Gobert tested positive for COVID-19, just one full week since the NBA became the first of the North American pro sports leagues to suspend operations, one week since sports essentially stopped. The NHL quickly followed the NBA’s lead and suspended play. Major League Soccer and Major League Baseball shuttered as well. Upcycling and nanoencapsulation innovations to lead 2020 food tech trends? Food tech and personalisation go hand-in-hand, with the latest in consumer health and nutrition now being tailored to the individual rather than the masses as science becomes a key driver in development. 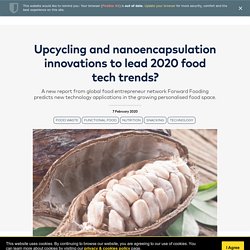 Food Spark has been covering innovative tech start-ups focused on providing personalised solutions for the healthy minded as far back as 2018, with the improvement of health markers such as bacterial diversity, blood lipids, resting heart rate and sleep, as well as far-reaching nutritional plans, among the many areas of experimentation. Now, in 2020, we’re starting to see robots with personalised nutrition focus inch towards UK restaurants while 3D printing is also becoming more mainstream. And, according to Forward Fooding, a global network of food entrepreneurs, nanoencapsulation in food will be one of several advances in the food tech realm seen over the coming year. Dracula TV series release date.

While we may be a way off from any new episodes of Sherlock, its creators Steven Moffat and Mark Gatiss have been keeping busy, with the pair working on a new literary adaptation – Dracula. 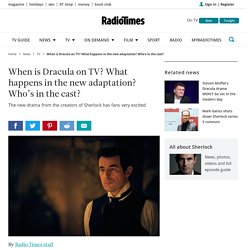 Travel - Japan’s ancient way to save the planet. Reaching across the counter to pass us a beautifully wrapped pack of homemade senbei (rice crackers), the elderly shopkeeper joined in our admiration of the colourful designs. Each pack was nestled in traditional washi paper, which, the shopkeeper suggested, could be used again for gifts or to cover a notebook. “Mottainai,” she called as we left, wagging a finger with the perfect stern-grandmother tone to match. Ubiquitous in daily life, mottainai has been the go-to admonishment for waste in Japan for centuries, representing a meaningful connection between item and owner that’s deeply rooted in Buddhist culture. Singapore turns rubbish into energy and footpaths. Making chopsticks into house furnishings. Nando's-inspired sex slang used by girls as young as 10. If a child texts about enjoying “peri peri” or “coleslaw”, parents may be unnerved to discover they might not be talking about a family meal out. 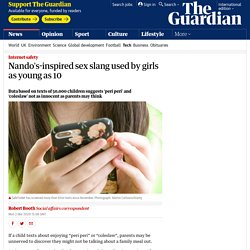 An internet safety service that has monitored the online interactions of more than 50,000 children has discovered that girls as young as 10 are using code words drawn from the Nando’s restaurant menu to obscure explicit sexual conversations. SafeToNet has screened more than 65m texts sent since November and found that girls aged 10, rather than teenage boys, as they had expected, use the most explicit and potentially harmful sexual language. SafeMask Pro - Breakthrough Face Mask to Protect You and Your Family.

Coronavirus: Global growth ‘could halve’ if outbreak intensifies. Image copyright Getty Images The global economy could grow at its slowest rate since 2009 this year due to the coronavirus outbreak, the Organisation for Economic Cooperation and Development (OECD) has warned. 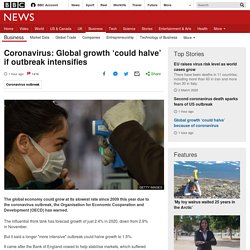 The influential think tank has forecast growth of just 2.4% in 2020, down from 2.9% in November. But it said a longer "more intensive" outbreak could halve growth to 1.5%. It came after the Bank of England vowed to help stabilise markets, which suffered steep losses last week. Coronavirus is already forcing businesses to suspend operations in China and elsewhere as officials try to contain its spread. How cutting your food waste can help the climate - BBC Future. Next stop, hydrogen-powered trains - BBC Future. In countries where passenger trains are less popular, like the US, the ability to convert freight trains to hydrogen power will be key to making the case for mass producing them. 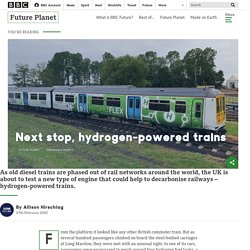 A recent report sponsored by the US Energy Department and Federal Rail Administration notes that while powering freight trains with hydrogen is more technically challenging, it would ultimately have “the highest societal value”. The ethereal art of fog-catching - BBC Future. As the guardians of the wells and suppliers of the water, it also gave the women in the community a certain degree of status and autonomy, but at the same time, with the situation of global warming and climate change, the amount of water available for the community has critically fallen. 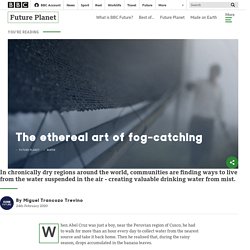 “They were the guardians of this source that gives life to the community and to themselves, so once you put the water in the community, you are taking away some sort of control,” says Bargach. They key was to work with the women to ensure they could keep this crucial role. While local men built and installed the fog catching nets, it was left to the women to decide how to collect it, distribute it and use it. Memory quilt: Stitching together fragments of a child’s life. - The Washington Post. REBO Smart Bottle - Indiegogo Campaign Video. How to smash the system, according to punk art pioneer, Linder. “14 year-olds come up to me and say ‘what can we do, what can we do?’ 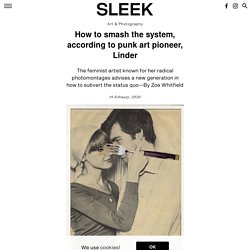 Microplastic Series Shines a Light on the Consequences of Single-Use Plastics – Trendland Online Magazine Curating the Web since 2006. Sweet Sneak Studio is a branding and communication agency for food, lifestyle and gastronomy. 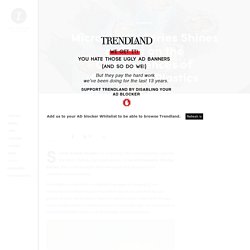 In the Microplastic Photos Series, they portray eight different foods that are prone to containing microplastics. The plastic consumption worldwide has been increasing at an alarming rate becoming an important source of pollution for our planet. In fact, we all know= that our plastic waste ends up in the sea and in nature where it takes decades to degrade. But not everybody is aware that plastic enters our food chain as microplastics. The Gina Tricot Concept Store Showcase Materiality & Tactility – Trendland Online Magazine Curating the Web since 2006. Gina Tricot’s concept store is one of the latest retail projects by Stockholm based studio Note Design Studio. 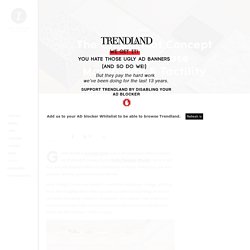 Gina Tricot is a Swedish fashion label, its affordable on trend collections are very popular among girls and young women. Note Design Studio was asked to revitalize boutiques’ image, starting from the flagship store that occupies a historical building on one of the main shopping streets in Stockholm. US airport temperature checks have not caught any cases of coronavirus. Not so fast. While the US Centers for Disease Control and Prevention has screened more than 30,000 passengers in the past month, not a single US coronavirus case has been caught by airport temperature checks, according to a CNN investigation. New York Times: Trump administration to 'weaken' protections for migratory birds. The Times said the administration is planning to eliminate the "threat of punishment" provided by the Migratory Bird Treaty Act of 1918 to companies and organizations that unintentionally kill birds while performing their work.

The new rule would solidify a legal opinion the Interior Department released in 2017, the paper said, which argued "only actions explicitly intended to kill birds should be forbidden under the federal law. " How AI fuels this skincare startup's product pipeline. As the human body’s largest organ, skin should be properly cared for—using products and ingredients that have been proven to work for specific individuals. That’s the core mission behind Proven Skincare, a new beauty company that has tapped technology to research the best skincare regimen for consumers. Ming Zhao, Proven’s CEO, co-founded the company while struggling with her own skincare issues.

Brands line up to respond to Burger King’s moldy Whopper campaign. Two days after Burger King released a 45-second time-lapse video showing a Whopper wilting, sagging and growing mold over the course of a month, brands have piled on with everything from accolades to swipes at the fast food giant’s bold anti-preservative campaign. The campaign, created as a joint effort between Swedish agency INGO, David Miami and Publicis to highlight Burger King’s departure from using artificial preservatives, began running in the U.S. and some European markets on Wednesday.

Why Is Witchcraft on the Rise? Read: Black Millennials leave church for African witchcraft. Britishmuseum. Hawaii Is a Test Bed to See if Renewables Can Meet Peak Energy Demands. Can a device given the somewhat baffling name of “PV peaker plant” begin to solve some of the nation’s most pressing climate-related energy problems?

That is a question that utilities, some states and most recently the Department of Energy have begun to wrestle with. Schedule of Upcoming and Announced Broadway Shows. This list is updated regularly. A Musical Adaptation of The Karate Kid Is in the Works. Karate Kid musical.