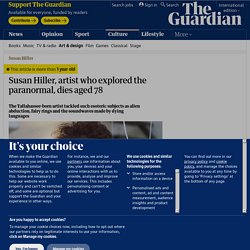 The news was confirmed by Matt’s Gallery in London, who described her as “a unique and idiosyncratic voice, a great artist, writer, thinker and mentor to many”. Using media including film, video and sculpture, together with her background as an anthropologist, Hiller’s work delved into the frontiers of consciousness, in investigations she described as “paraconceptual”. Her 2000 installation Witness, first shown in an abandoned chapel in London, comprised dozens of speakers hanging from the ceiling in a darkened room, each relating a different experience of alien abduction.

The Last Silent Movie, from 2007, displayed the soundwaves created by dead or dying languages. Much of her work had a political dimension. “I don’t make singularities,” Hiller told the Observer’s Rachel Cooke in 2011. Susan Hiller — Archives and Creative Practice. From the Freud Museum produced between 1991– 1996 is a continuation of a work originally created for the Freud Museum in 1994. 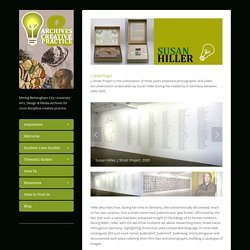 Inspired by Freud’s extensive ethnographic collections, Hiller produced an installation of 50 archival boxes displaying randomly paired objects from her own life, brought together by nothing more than the artist's own instinct. The obscure relationship between objects placed in such close proximity encourages viewers to reflect on the many diverse narratives that may link such items. John Stezaker - Exhibitions. John Stezaker has been centrally influential in a number of developments in art over the last four decades from Conceptual Art, New Image Art through to contemporary interest in the collage. 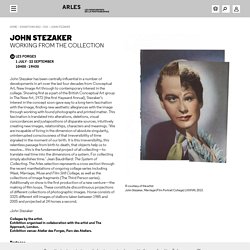 Showing first as a part of the British Conceptual Art group in The New Art, 1972 (the first Hayward Annual), Stezaker’s interest in the concept soon gave way to a long-term fascination with the image, finding new aesthetic allegiances with the image through working with found photographs and printed matter. This fascination is translated into alterations, deletions, visual concordances and juxtapositions of disparate sources, intuitively creating new images, relationships, characters and meanings. ‘We are incapable of living in the dimension of absolute singularity, uninterrupted consciousness of that irreversibility of time signaled in the moment of our birth. Collages by the artist. Inventory of Objects Belonging to a Young Man of Oxford: Christian Boltanski. Damien Hirst Artworks & Famous Art. Mother and Child (Divided) 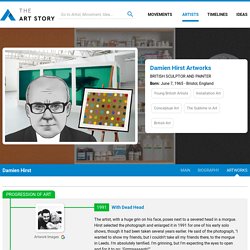 Joseph Cornell: Pioneer of assemblage art. My own feeling is that Cornell is best described as the eminence grise of assemblage – he laid the groundwork for the coming mash-up in late 20th-century art. 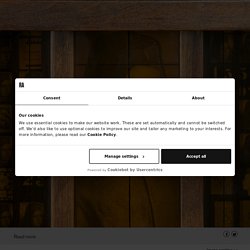 Too much attention has been lavished on the Francophile in Cornell and not enough has been said about his American qualities. He belongs to the vein of American realism that elevated prosaic objects to art, going back to John F. Peto’s trompe l’oeil paintings in the late 19th century and extending up through Warhol’s soup cans and Jeff Koons Hon RA’s 8ft-tall aluminium lobsters. John Stezaker on Joseph Cornell – Tate Etc. The Joseph Cornell exhibition at the Whitechapel Gallery in 1981 was a milestone for me as an artist. 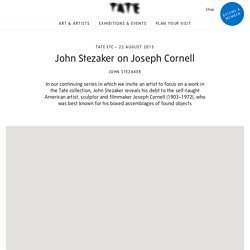 I had seen his art in books before, but this had not prepared me for the total absorption I felt that his works created. I had only once or twice before encountered this feeling of being transported before an image – a loss of orientation in time and space. Every piece seemed to induce a gentle delirium. These Shadow Boxes Are Striking. The Story of Their Origin Is, Too. Joseph Cornell, the homebody artist known for his glass-fronted shadow boxes, made no secret of his infatuations. 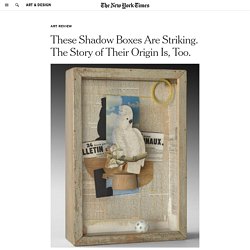 He openly dedicated his works to other artists, preferably dead or distant ones who originated in different centuries and countries. His own life was less glamorous than theirs. He spent his adulthood in Flushing, Queens, in an ordinary wood-frame house that he shared with his mother and younger brother. Working in his cramped cellar, he arranged five-and-dime objects into richly poetic tableaus that prove that sometimes it’s better to think inside the box. ENTKUNSTUNG — Art as Inherently Autobiographical - ENTKUNSTUNG. T.S Elliott believes that “the progress of an artist is a continual self-sacrifice, a continual extinction of personality”[1]. 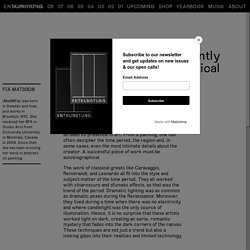 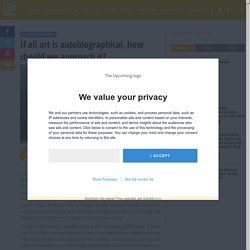 11 April 2018 Every English Literature undergraduate will be familiar with an essay called The Death of the Author, written by French critic Roland Barthes. In it, he argues that the meaning of a work of art should be completely determined by its reader or viewer, who must avoid being too influenced by “the ‘message’ of the Author-God” at all costs. How Rituals Can Create A Reluctant Artist; Intimacy and Strangers Structure Her Life. Certainly it was never Ms. 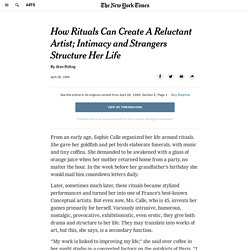 Calle's ambition to become an artist. In fact, she recalled, as a rebellious teen-ager, she was alienated from art because her physician father was a collector. After high school she fled France, spending seven years traveling and living abroad. Eventually, while staying with a photographer in California in 1978, she visited a nearby cemetery and took pictures of tombstones inscribed with single words, ''father,'' ''mother,'' ''brother,'' ''sister.'' Tate.org. Baudrillard.collecting. Baudrillard theory why we collect objects - Recherche Google. Jean Baudrillard - The System of Collecting by Noah Brewer. Aesthetica Magazine - Objects With Stories, Song Dong: Waste Not, Barbican Art Gallery, London. Text Claire Hazelton. 25590893. Curating and Collecting. Introduction When artworks are conceived of as living rather than static, fixable objects they can gain agency in the decision making process; as philosopher Bruno Latour has said, ‘objects too have agency’.

The first person to relate Latour’s Actor Network Theory to conservation theory and practice was Vivian van Saaze, who wrote: ‘this particular approach allows me to consider the artwork’s trajectory or career’ and invites ‘a consideration of the constituting role of the museum’, including often overseen actors. Reshaping the Collectible: When Artworks Live in the Museum is a three-year research initiative, led by Tate and funded by the Andrew W. Mellon Foundation, which addresses this proposition of liveness in the collection. This report introduces how I intend to research some of the changes that have taken place in Tate’s organisational structure and museum practices in response to liveness in contemporary artistic practice.

Liveness in the museum Mapping the field(s) Case studies. Tandfonline. The Psychology of Collecting. Art and artefact. HIRST: A brand name—not an artist What separates art and artefact? At the British Museum, the question always seems pressing. Art Is Everywhere. Art is Everywhere George Dickie is one of the most famous art philosophers of our time; he is celebrated for having introduced his “institutional theory of art”. His theory was presented in an article entitled What is Art?. Dickie’s article incorporates many arguments from philosophers and art critics, as well as controversial pieces of art, in order to define art. The artworld is defined by Dickie as an institution, under which exist limitless systems. APPRECIATION AND DICKIE'S DEFINITION OF ART. The Delightfully Obsessive Collections Of Modern Artists. Individual Identity.

Sophie Calle is a French writer, photographer, installation artist and conceptual artist. Her work frequently depicts human vulnerability, and explores identity and intimacy. The photographic work she produces often includes panels of text of her own writing. It is Calle’s use of text, more specifically the French language, and exploration of identity that has inspired me. I’m particularly interested in her piece Take Care of Yourself and have done some research into it. Take Care of Yourself is named after the last line of an email her ex boyfriend sent her. The work from this piece is difficult to access online and so I have been somewhat limited to two images that I can study. Image One is a mid-shot that frames the model from the waist upwards. Image Two is the image that is used on the cover of the Take Care of Yourself book of the collection.

Childhood. Joseph Cornell. Mark Dion «The Wondrous Museum of Nature» im Kunstmuseum ... Mark Dion : The Wondrous Museum of Nature. A Nature Museum combines context sensitivity and harsh. Now, with the new building, 2,000 square meters of exhibition space are available. A laboratory offers young people a place to experiment, whilst at the back there is an archive, workshops and offices. An exhibition station looks specifically at how much energy is required to produce the things we use on a daily basis and how we can be more environmentally friendly. How the environment is changing and the influence human beings are having on it by continually intervening in a formative way and not acknowledging the fact that nature is not immutable is a continual theme throughout the museum.

The outdoor space between the church and the museum is still currently a simple lawn, but is soon set to become a park that will then expand the museum and link it up to the Botanical Gardens. Mark Dion: Welcome to my Wunderkammer. 39 Best museum display cases/museum showcases/museum display cabinets/vitrines for historical and cultural heritage protection,conservation and representation images. Joseph Beuys: Actions, Vitrines, Environments: Rosenthal ... Joseph Beuys: Actions, Vitrines, Environments by Mark Rosenthal. Joseph Beuys. German visual artist. Susan Hiller 1940–2019. Mark Dion.

Mark Dion Biography – Mark Dion on artnet. Dada and Cabaret Voltaire. "Marcel Duchamp: The Box in a Valise" Susan Hiller - After the Freud Museum. From the Freud Museum 1991–6 by Susan Hiller – In Focus. Not-Archaeology: Freud and Hiller as Collectors – In Focus. Review: Objects Belonging to a Young Man in Oxford – The Oxford Student. Vitrine de référence by Christian Boltanski on artnet. Mark Dion: Welcome to my Wunderkammer.