Resources to tweet/curate for the ELESIG community.
ELESIG is community of researchers and practitioners from higher and further education who are involved in investigations of learners’ experiences and uses of technology in learning.
See elesig.net 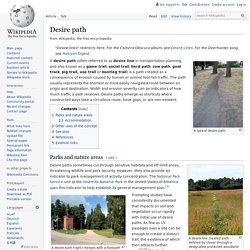 The path usually represents the shortest or most easily navigated route between an origin and destination. Width and erosion severity can be indicators of how much traffic a path receives. Desire paths emerge as shortcuts where constructed ways take a circuitous route, have gaps, or are non-existent. Children's data and privacy online. This project led by Professor Sonia Livingstone seeks to address questions and evidence gaps concerning children’s conception of privacy online, their capacity to consent, their functional skills (e.g. in understanding terms and conditions or managing privacy settings online), and their deeper critical understanding of the online environment, including both its interpersonal and, especially, its commercial dimensions (including its business models, uses of data and algorithms, forms of redress, commercial interests, systems of trust and governance). 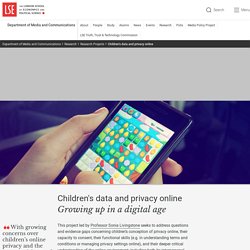 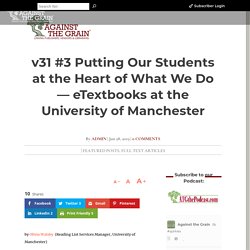 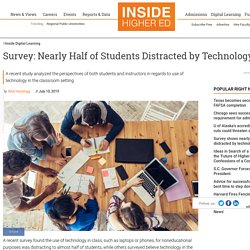 Once upon a time: hearing student stories. Rcpch screen time guide final. Love them or hate them? Bringing emotions into the study of assisted living technologies. This is a picture of Trish’s bicycle. 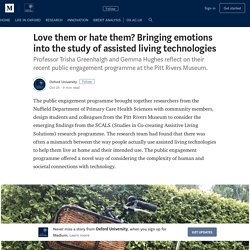 It’s heavy, slow and only has three gears, but of all her bicycles it’s the one she likes best. She got it from the charity Elephant Bike, who recondition old Post Office bikes; they send one to Africa for every one they sell in the UK. An Error Occurred Setting Your User Cookie. Online Report Card: Tracking Online Education in the United States. EIG1605. LSE.

Attention Alert: A Study on Distraction Reveals Some Surprises. Recently my research team observed nearly 300 middle school, high school and university students studying something important for a mere 15 minutes in their natural environments. 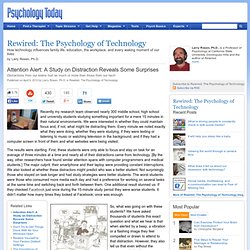 We were interested in whether they could maintain focus and, if not, what might be distracting them. What do students entering HE expect from digital technologies? When we come across new technologies or digital platforms for the first time in further and higher education (HE), how do we decide what the technology does or should do, and how we can use it to help us? 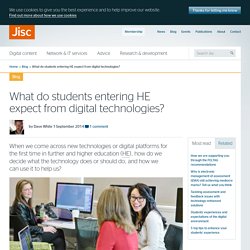 In the digital student project we have been investigating incoming students’ expectations of the digital environment in HE. Institutions will be working to meet or manage expectations as hundreds of thousands of new students arrive in September but it’s no small task to build a picture of students’ hopes and aspirations when there are modules to rewrite and technology to update over the summer.

In Their Own Words. To tweet next week. @elesig #oldfavourites #summerreading. Tweeted. OER_Hub : Love #oer? Interested in #impact? ... Texts, Snapchats, Instagram: Translating Teens’ Online Behavior. How much surveillance should parents have over their teenagers’ social media lives? 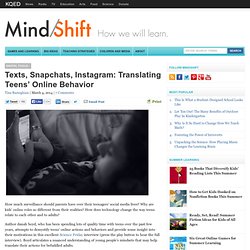 Why are kids’ online roles so different from their realities? How does technology change the way teens relate to each other and to adults? Author danah boyd, who has been spending lots of quality time with teens over the past few years, attempts to demystify teens’ online actions and behaviors and provide some insight into their motivations in this excellent Science Friday interview (press the play button to hear the full interview). Boyd articulates a nuanced understanding of young people’s mindsets that may help translate their actions for befuddled adults. An excerpt from danah boyd’s It’s Complicated Children love to experiment with encoding messages. The practice of hiding in plain sight is not new. Author danah boyd These practices are not new. When Carmen, a Latina seventeen-year-old living in Boston, broke up with her boyfriend, she “wasn’t in the happiest state.” 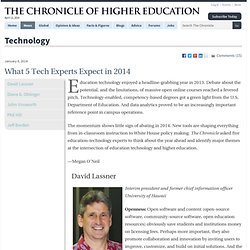 Debate about the potential, and the limitations, of massive open online courses reached a fevered pitch. Technology-enabled, competency-based degrees got a green light from the U.S. Department of Education. And data analytics proved to be an increasingly important reference point in campus operations. The momentum shows little sign of abating in 2014. Gaming Unplugged Since 2000. What  Do  Unsuccessful  Online  Students  Want  Us  to  Know? Help us understand learner experiences in Open Online Courses and MOOCs? [January 21] Internet Skills and Wikipedia's Gender Inequality. January 21, 2014 at 12:30pm ETBerkman Center for Internet & Society, 23 Everett St, 2nd Floor Although women are just as likely as men to read Wikipedia, they only represent an estimated 16% of global Wikipedia editors and 23% of U.S. adult Wikipedia editors. 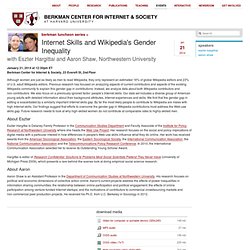 AECT RTD Professional Development Webinar on Learning Analytics. Enilda Romero-Hall and Min Kyu Kim have organized the second AECT Research and Theory division Professional Development Webinar session. Join us! » Student questionnaire – baseline data JISC Employability. Posted on: 1 February 2013 By: Project manager No Comments » Filed under: digital literacy, surveys Shortly before Christmas Boris, our doctoral researcher, presented the findings of our student questionnaire to the Project Board and Delivery Group and it made for an interesting meeting. Hashtags and retweets: using Twitter to aid Community, Communication and Casual (informal) learning. Peter Reed* Centre for Excellence in Evidence-Based Learning and Teaching, Institute of Learning & Teaching, Faculty of Health & Life Sciences, University of Liverpool, Liverpool, United Kingdom (Received 18 September 2012; final version received 13 July 2013; Published: 12 September 2013) Since the evolution of Web 2.0, or the Social Web, the way in which users interact with/on the Internet has seen a massive paradigm shift.

Web 2.0 tools and technologies have completely changed the dynamics of the Internet, enabling users to create content; be it text, photographs or video; and furthermore share and collaborate across massive geographic boundaries. As part of this revolution, arguably the most significant tools have been those employing social media. Keywords: Twitter; communication; personal learning environments; Digital Natives/Immigrants; Digital Visitors/Residents *Email: peter.jp.reed@gmail.com Research in Learning Technology 2013. © 2013 P.