Cal Coast. The Happiness Hypothesis - Jonathan Haidt. Why Good People are Divided by Politics and Religion. Is the staggeringly profitable business of scientific publishing bad for science? In 2011, Claudio Aspesi, a senior investment analyst at Bernstein Research in London, made a bet that the dominant firm in one of the most lucrative industries in the world was headed for a crash. 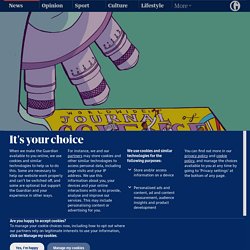 Reed-Elsevier, a multinational publishing giant with annual revenues exceeding £6bn, was an investor’s darling. It was one of the few publishers that had successfully managed the transition to the internet, and a recent company report was predicting yet another year of growth. Aspesi, though, had reason to believe that that prediction – along with those of every other major financial analyst – was wrong.

The core of Elsevier’s operation is in scientific journals, the weekly or monthly publications in which scientists share their results. Despite the narrow audience, scientific publishing is a remarkably big business. But Elsevier’s business model seemed a truly puzzling thing. Scientists are well aware that they seem to be getting a bad deal.

GIP 58: The Geologic Time Spiral, A Path to the Past. The Earth is very old—4.5 billion years or more according to scientific estimates. 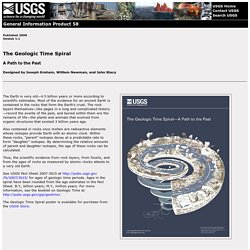 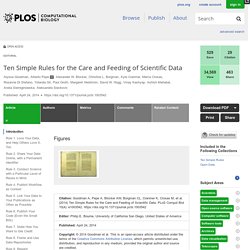 When the 2011 earthquake and tsunami struck Tohoku, Japan, Chris Goldfinger was two hundred miles away, in the city of Kashiwa, at an international meeting on seismology.

As the shaking started, everyone in the room began to laugh. Earthquakes are common in Japan—that one was the third of the week—and the participants were, after all, at a seismology conference. Then everyone in the room checked the time. Seismologists know that how long an earthquake lasts is a decent proxy for its magnitude. The 1989 earthquake in Loma Prieta, California, which killed sixty-three people and caused six billion dollars’ worth of damage, lasted about fifteen seconds and had a magnitude of 6.9. When Goldfinger looked at his watch, it was quarter to three. It was March. Oh, shit, Goldfinger thought, although not in dread, at first: in amazement. For a moment, that was pretty cool: a real-time revolution in earthquake science. Just north of the San Andreas, however, lies another fault line. But it did not. Public-Friendly Open Science. Previous “A “Modern Scientist” Manifesto” In the 21st century science is growing more technical and complex, as we gaze further and further while standing on the shoulders of many generations of giants. 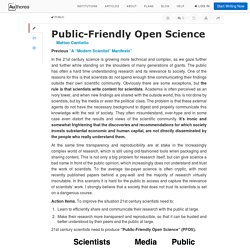 The public has often a hard time understanding research and its relevance to society. One of the reasons for this is that scientists do not spend enough time communicating their findings outside their own scientific community. Obviously there are some exceptions, but the rule is that scientists write content for scientists. PLOS Genetics: Distinguishing between Selective Sweeps from Standing Variation and from a De Novo Mutation. Abstract An outstanding question in human genetics has been the degree to which adaptation occurs from standing genetic variation or from de novo mutations. 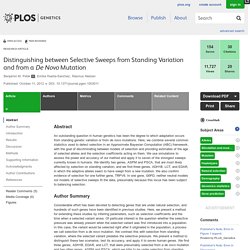 Here, we combine several common statistics used to detect selection in an Approximate Bayesian Computation (ABC) framework, with the goal of discriminating between models of selection and providing estimates of the age of selected alleles and the selection coefficients acting on them. We use simulations to assess the power and accuracy of our method and apply it to seven of the strongest sweeps currently known in humans. We identify two genes, ASPM and PSCA, that are most likely affected by selection on standing variation; and we find three genes, ADH1B, LCT, and EDAR, in which the adaptive alleles seem to have swept from a new mutation. We also confirm evidence of selection for one further gene, TRPV6. Author Summary Editor: Mikkel H. Received: December 17, 2011; Accepted: August 20, 2012; Published: October 11, 2012 Introduction.

Physics of Superheroes. Science of 'the Dress': Why We Confuse White & Gold with Blue & Black. Remember "The Dress" — the photograph that sparked an online firestorm about whether the garment was white and gold or blue and black? 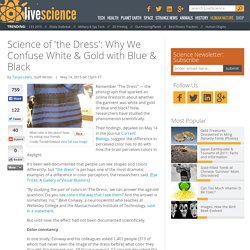 Now, researchers have studied the phenomenon scientifically. Steven Weinberg: the 13 best science books for the general reader. If you had a chance to ask Aristotle what he thought of the idea of writing about physical science for general readers, he would not have understood what you meant. 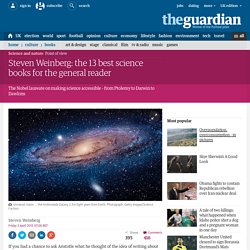 All of his own writing, on physics and astronomy as well as on politics and aesthetics, was accessible to any educated Greek of his time. Anthropocene: The human age. Illustration by Jessica Fortner Almost all the dinosaurs have vanished from the National Museum of Natural History in Washington DC. 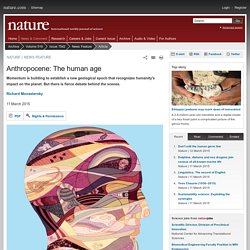 The fossil hall is now mostly empty and painted in deep shadows as palaeobiologist Scott Wing wanders through the cavernous room. Wing is part of a team carrying out a radical, US$45-million redesign of the exhibition space, which is part of the Smithsonian Institution. And when it opens again in 2019, the hall will do more than revisit Earth's distant past. The top ten myths about evolution. For those of you who are not familiar Cameron Smith's The Top Ten Myths About Evolution, it is an excellent book. 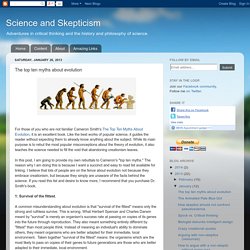 Like the best works of popular science, it guides the reader without expecting them to already know anything about the subject. While its main purpose is to rebut the most popular misconceptions about the theory of evolution, it also teaches the science needed to fill the void that abandoning creationism leaves. In this post, I am going to provide my own rebuttals to Cameron's "top ten myths.

" The reason why I am doing this is because I want a succinct and easy to read list available for linking. How Workplace Climate Changes the Knowledge We Generate. Why Isn't the Sky Blue? The Science of Why We Don’t Believe Science — Mother Jones. ReviewCynthiaWhitney.pdf. ARM Climate Research Facility. Welcome to Earth Science Week. Virology blog — About viruses and viral disease. The top 100 papers. The discovery of high-temperature superconductors, the determination of DNA’s double-helix structure, the first observations that the expansion of the Universe is accelerating — all of these breakthroughs won Nobel prizes and international acclaim.

Yet none of the papers that announced them comes anywhere close to ranking among the 100 most highly cited papers of all time. Citations, in which one paper refers to earlier works, are the standard means by which authors acknowledge the source of their methods, ideas and findings, and are often used as a rough measure of a paper’s importance. What Scientists Really Do by Priyamvada Natarajan. Curiosity: How Science Became Interested in Everything by Philip Ball University of Chicago Press, 465 pp., $35.00. What Scientists Really Do by Priyamvada Natarajan. How Real-Life Science Influenced Guardians of the Galaxy. Marvel Studios Of all the people who are partially responsible for Friday’s much-anticipated Marvel movie Guardians of the Galaxy—studio head Kevin Feige, co-stars Chris Pratt and Zoe Saldana, Jack Kirby and Jim Starlin for pioneering Marvel’s “cosmic” stories—the most surprising one might be scientist Richard Feynman.

Not that the celebrated physicist known for his work in the fields of quantum mechanics and nanotechnology contributed directly to the movie in any way (having died in 1988, that would’ve been unlikely), but without Feynman, GotG screenwriter Nicole Perlman might never have gotten involved in writing in the first place. “Science was my gateway drug,” Perlman says, “so I tried to see if I could apply my interest in science stories to actual science—and discovered that the nitty gritty is a lot less exciting than the stories.” Nicole Perlman. Ben Rasmussen/WIRED. Replication Effort Provokes Praise—And 'Bullying' Charges.

After a string of scandals involving accusations of misconduct and retracted papers, social psychology is engaged in intense self-examination—and the process is turning out to be painful. This week, a global network of nearly 100 researchers unveiled the results of an effort to replicate 27 well-known studies in the field. In more than half of the cases, the result was a partial or complete failure. As the replicators see it, the failed do-overs are a healthy corrective. “Replication helps us make sure what we think is true really is true,” says Brent Donnellan, a psychologist at Michigan State University in East Lansing who has undertaken three recent replications of studies from other groups—all of which came out negative. “We are moving forward as a science,” he says. Just another WordPress.com weblog. How to read and understand a scientific paper: a guide for non-scientists « Violent metaphors.

Update (1/3/18) I’ve been overwhelmed with requests for the shorter guide, and the email address below no longer works. So I’ve uploaded a copy of the guide for anyone to download and share here: How to read and understand a scientific article. Please feel free to use it however you wish (although I’d appreciate being credited as the author). I apologize to everyone who emailed me and didn’t get a response! If you would like to let me know who you are and what you’re using it for in the comments below, I’d love to hear! Update (8/30/14): I’ve written a shorter version of this guide for teachers to hand out to their classes. Last week’s post (The truth about vaccinations: Your physician knows more than the University of Google) sparked a very lively discussion, with comments from several people trying to persuade me (and the other readers) that their paper disproved everything that I’d been saying.

It’s not just a fun academic problem. “Be skeptical. What constitutes enough proof?