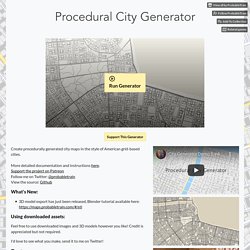 More detailed documentation and instructions here.Support the project on PatreonFollow me on Twitter: @probabletrainView the source: Github What's New: 3D model export has just been released, Blender tutorial available here: Using downloaded assets: Feel free to use downloaded images and 3D models however you like! I'd love to see what you make, send it to me on Twitter! 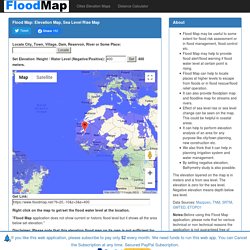 Flood Map may help to provide flood alert/flood warning if flood water level at certain point is rising. Flood Map can help to locate places at higher levels to escape from floods or in flood rescue/flood relief operation. It can also provide floodplain map and floodline map for streams and rivers. Effect of sea level rise or sea level change can be seen on the map. This could be helpful in coastal areas. The elevation layered on the map is in meters and is from sea level. Data Sources: Mazpzen, TNM, SRTM, GMTED, ETOPO1. PDF Quads - Trail Maps. Nat Geo Launched a Free Website for Printing Detailed Topographical Maps. The folks at National Geographic just did a solid favor for all the adventurous outdoor photographers out there. 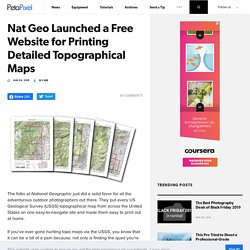 They put every US Geological Survey (USGS) topographical map from across the United States on one easy-to-navigate site and made them easy to print out at home. If you’ve ever gone hunting topo maps via the USGS, you know that it can be a bit of a pain because, not only is finding the quad you’re looking for more difficult, the PDFs they have available aren’t formatted for standard printer paper.

The National Geographic website solves both of these issues. Metro Map Maker. MetroMapMaker Station Name Station Name Orientation In relation to the station marker, where should the name begin? 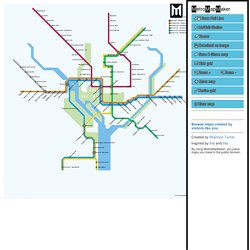 World Atlas. Mountains of the World You can display the main mountain ranges of the world. 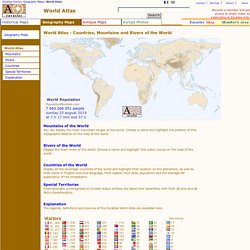 Choose a name and highlight the position of this topographic feature on the map of the world. Rivers of the World Display the main rivers of the world. FANTASY MAP SYMBOLS. Dyson's Dodecahedron. Maze Generator. Community Forum - Interesting, Important and Helpful topics - Free Symbols, Resources, Tutorials & More. Friday Freebie Maps. 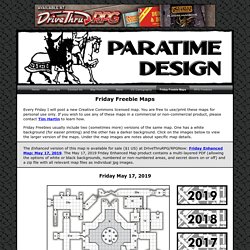 You are free to use/print these maps for personal use only. If you wish to use any of these maps in a commercial or non-commercial product, please contact Tim Hartin to learn how. Friday Freebies usually include two (sometimes more) versions of the same map. One has a white background (for easier printing) and the other has a darker background. Click on the images below to view the larger version of the maps. The One Million by Zatnikotel on DeviantArt. Atlas Elyden by vorropohaiah on DeviantArt. Dyson's Dodecahedron. Updated March 9th 2018 – 706 Maps Good lord I love maps. 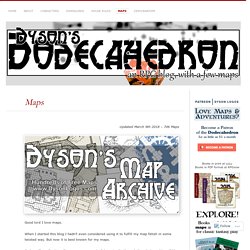 When I started this blog I hadn’t even considered using it to fulfill my map fetish in some twisted way. But now it is best known for my maps. So here I’m collecting all my maps so you don’t have to dig through the whole archive of blog posts to find them. They are presented in reverse chronological order, starting with the most recent maps and then proceeding into older and older examples of my work. Mrvalor2017's DeviantArt gallery. 40 Magnificent Mapping Resources. Tutorial for Forcing Icosahedral Maps onto Flat Maps. How to Design a Town Map. Today a quick mini-tutorial. 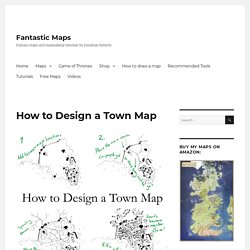 This isn’t a photoshop tutorial, nor is it a tutorial for a polished finished map. This is a step by step in my own town creation method when I’m creating the first sketch layout. The key here is to have the town layout make sense. 1. Draw the terrain and the major locations Towns adapt to their surroundings. Once you’ve placed the terrain, use that to inform the locations of the main buildings. We Wants It. Some of the earliest full-on engagements I had with maps were those that were printed in the inside covers of books. 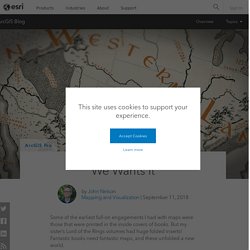 Fantastic Maps - Fantasy maps and mapmaking tutorials by Jonathan Roberts. Friday Freebie Maps 2018. This page is dedicated to the Friday Freebie maps that I created in 2018. 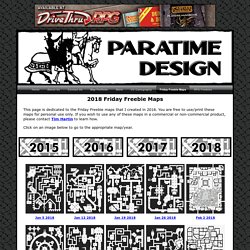 Medieval Fantasy City Generator by watabou. This application generates a random medieval city layout of a requested size. The generation method is rather arbitrary, the goal is to produce a nice looking map, not an accurate model of a city. All the actions and options are accessible via the context menu. Hot keys: 👉For development news and related stuff please check a dedicated reddit community. Friday Freebie Maps 2018. Maps by Mappers - ProFantasy Community Atlas. Dyson's Dodecahedron.

Hill Cantons: Real World “Dungeon” Cross-Sections. Dave's Mapper. Uncharted Atlas (@unchartedatlas) These Cartographers Are Making Awesome Fantasy RPG Maps For Your Campaigns. Finding other encounter and campaign maps for your RPG is as easy as a Google search, they say. However, rummaging through a few million maps and trying to research their individual copyrights might not be how you want to spend your time precious time. And that’s where the cartographers on this list come in. For one, it’s a darn good bet the maps you’re looking for can be found on their sites. Secondly, having these cartographers bookmarked will save you from Google searching through maps until your eyes bleed. And lastly, the cartographers on this list are some of the best on the Internets. Dyson Dyson has been tabletop gaming since 1979, and since 2009, has been posting all kinds of tabletop and RPG goodness to the Dyson’s Dodecahedron blog.

You Don't Have to Be a Cartographer to Have Great RPG Maps - RPG Ready. More Like The Lost World Paruda - Map by jocarra. National Park Maps. Grid Paper PDFs. Free Online Graph Paper / Grid Paper PDFs Downloadable and very printable, I find these PDFs extremely useful. Award Winning Dungeon Design. Dyson's Dodecahedron. 2015 Dodecahedron Cartographic Review - ZERObarrier. The 2015 Dodecahedron Cartographic Review is an 88-page curated collection of most of the maps and descriptions thereof that appeared on Dyson's Dodecahedron throughout 2015. Designed to be a letter-sized spiral bound book, this digital edition also includes a second version of the book where many of the maps have been resized (larger) to better fit the page once all the text has been removed. Dyson's Dodecahedron.

Earth History. Photos of Abandoned Places and Urban Exploration. What's Hiding Beneath New York City Is Amazingly Creepy. Posted in New York February 04, 2016 by Lea Monroe Full of historical secrets and wonder, the ground you’re walking on in New York may hold more mystery to it than you would ever imagine! Hiding over ten stories beneath the streets of the city and the world-renowned Waldorf Astoria luxury hotel, lies a secret subway platform that will have everyone wishing these walls could talk. Like something out of your favorite book, at the turn of a brass knob behind a secret door on 49th Street, awaits Track 61.

This private railway owned by Metro-North is located underneath the Waldorf Astoria in New York City. Historical Globes of the Red Planet. FUTURE MAP OF THE UNITED STATES AND WORLD. Religious Architecture, Temples and Floor Plans. Paridon City Map. A Sprawling Videogame City Filled With Buildings Made by Generative Algorithms. Game designer Cedric Kerr developed an architectural engine that allows for the rapid creation of buildings to fill out virtual landscapes. Cedric Kerr Kerr only needs to draw an outline of a building and then can stretch it in any dimension while an algorithm populates the form with doors, windows, and other architectural details. All the buildings feature strong right angles which is partly a desire for an oppressive, Brutalist architectural vibe and partially a limit of Kerr's algorithm.

Kerr hopes to explore other architectural styles as time permits. In addition to creating unique building, Kerr developed an engine that would automatically populate a landmass with a sprawling city. Dynamically generated elevations are the newest addition to the landscape and could influence gameplay in interesting ways—e.g. missions that require escaping to a mountain hideaway. His goal was to create logical, but not predictable, levels like those found in procedurally generated 2-D games.