Taxonomania: An Incomplete Catalog of Invented Species, From the Pop-Eyed Frog to the Loch Ness Monster. Every now and then fantastical species make their way into the scientific literature, taking the scientific community for a ride. 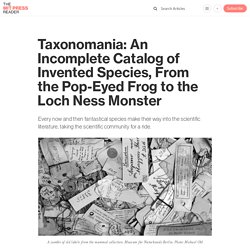 By: Michael Ohl From time to time, sandwiched between the more comprehensive real articles, brief fictional descriptions will find their way into scientific journals. The motivation for doing so varies, but it’s usually with humorous intent. The problem that scientific journals face in publishing such entries is their scientific nature — that is, their responsibility to publish only articles that make verifiable claims about the natural world. Because the journals expect this of their authors, readers expect the same of the journal and rely on the belief that every article will meet general scientific standards. 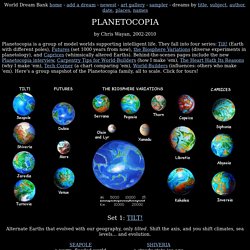 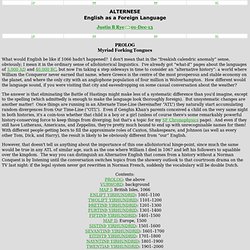 Not True, But Good Story Fodder 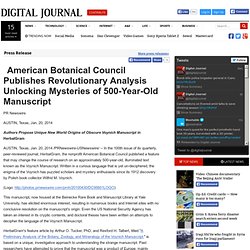 Szostak Lab: Home. We are interested in the chemical and physical processes that facilitated the transition from chemical evolution to biological evolution on the early earth. 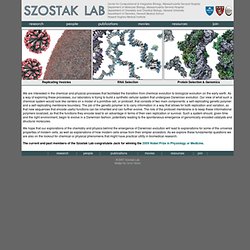 As a way of exploring these processes, our laboratory is trying to build a synthetic cellular system that undergoes Darwinian evolution. Our view of what such a chemical system would look like centers on a model of a primitive cell, or protocell, that consists of two main components: a self-replicating genetic polymer and a self-replicating membrane boundary. Check out this brilliant virtual version of 17th Century London. University students have created an impressive 3D representation of 17th Century London set before The Great Fire in 1666. 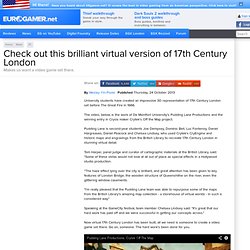 Unpopular Science. World map with place names swapped out for their original meanings. Bloody Mess. The wealth of crime scene investigation shows on TV can lead to delusions that one knows what goes on when the CSI team pulls up. 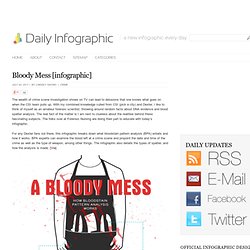 With my combined knowledge culled from CSI (pick a city) and Dexter, I like to think of myself as an amateur forensic scientist, throwing around random facts about DNA evidence and blood spatter analysis. The real fact of the matter is I am next to clueless about the realities behind these fascinating subjects. Antarctic's Mountains Revealed By Sharpest Map Yet. Buried under miles of ice, Antarctica's mysterious mountain ranges are coming into sharper focus thanks to a new map. 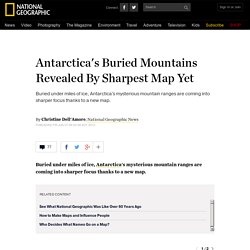 Created by the British Antarctic Survey, Bedmap2 drew upon millions of new measurements of the frozen continent's surface elevation, ice thickness, and bedrock topography from a wide variety of sources collected over several decades. Due to technological advances, Bedmap2 is also higher in resolution, more precise, and covers more of the continent than the original Bedmap, produced more than ten years ago, according to Charles Webb, deputy program scientist for cryospheric sciences at NASA headquarters. Earth's frozen regions are collectively called the cryosphere. For example, the original Bedmap relied mostly on ground-based measurements, which limited the scientists in terms of how much land they could cover, Webb noted.

But a NASA program called Operation IceBridge sends out airplanes that fly over the entire continent. Mark Rosenfelder's Metaverse. The Human Language Series - Part I. The Hunt for the Death Valley Germans. This is the tale of what for me was a rather remarkable adventure. 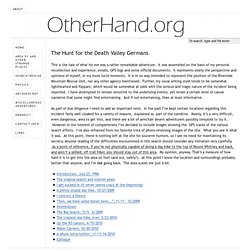 It was assembled on the basis of my personal recollection and experience, emails, GPS logs and some official documents. It represents solely the perspective and opinions of myself, in my more lucid moments. It is in no way intended to represent the position of the Riverside Mountain Rescue Unit, nor any other agency mentioned. Further, my usual writing style tends to be somewhat lighthearted and flippant, which would be somewhat at odds with the serious and tragic nature of the incident being reported.

I have attempted to remain sensitive to the underlying events, yet retain a certain level of casual narrative that some might find entertaining. Spice Rack Explosives: How to Make Gunpowder with Salt and Sugar.

THE WORLD GEOGRAPHY. The bizarre strategies of hitch-hiking clams. To many of us, bivalves such as freshwater mussels seem like the antithesis of biological cunning; armored lumps of slimy meat that do little more than lie on river bottoms and sift food from the surrounding muck. 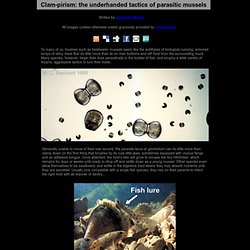 Many species, however, begin their lives parasitically in the bodies of fish, and employ a wide variety of bizarre, aggressive tactics to lure their hosts. Generally unable to move of their own accord, the parasite larva or glochidium can do little more than clamp down on the first thing that brushes by its cute little jaws, sometimes equipped with vicious fangs and an adhesive tongue. Once attached, the host's skin will grow to encase the tiny hitchhiker, which remains for days or weeks until ready to drop off and settle down as a young mussel. Other species even allow themselves to be swallowed, and settle in the digestive tract where they may absorb nutrients until they are excreted. Free Documentaries.