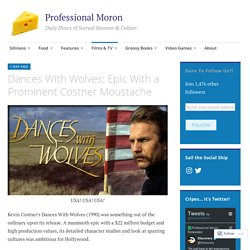 A mammoth epic with a $22 million budget and high production values, its detailed character studies and look at sparring cultures was ambitious for Hollywood. It won seven Oscars – including Best Picture – and made $424.2 million worldwide. The Boy Who Harnessed The Wind. A Street Cat Named Bob Official Trailer #1 - Joanne Froggatt, Luke Treadaway Movie HD. Aaron sorkin masterclass. 04Developing Characters: Part 1Aaron shares some of the decisions he made to develop some of his most unforgettable characters—like The Social Network's Mark Zuckerberg and The West Wing's Toby and Leo. 05Developing Characters: Part 2Your characters don't have to be like you—or even likeable. 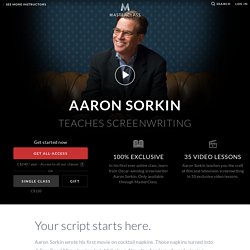 Drawing on examples from A Few Good Men and Steve Jobs, Aaron explains why he always empathizes with his characters even if he disagrees with them.06ResearchGood research is the key to a great script. Bad research is a waste of time. How can you tell the difference? American Gods Season 2 Trailer. Ivor the Engine - Ep1. Fighting With My Family Trailer #1 (2019) Suites Culturelles. Ron howard masterclass. Come Dine with Me - what time is it on TV? Episode 32 Series 2011 cast list and preview. Dozens of Expressive Puppets Encourage Kindness and Acceptance in a Series of Sing-A-Long Short Films. 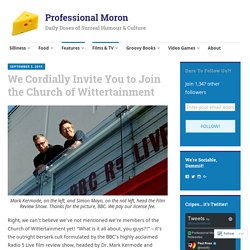 “What is it all about, you guys?!” – it’s the outright berserk cult formulated by the BBC’s highly acclaimed Radio 5 Live film review show, headed by Dr. Mark Kermode and Simon Mayo. It’s garnered an unbelievably loyal following, primarily due to the two hosts getting on like a shed on fire and dragging the listeners along with them. Oh, and Mark Kermode is arguably the UK’s most astute and knowledgeable film critic (which is useful). Mark Kermode reviews The Equalizer. Sadness and happiness. My Own Private Idaho Trailer. Cadburys Milk Tray advert 1978. THE KINDERGARTEN TEACHER Official Trailer (2018) Maggie Gyllenhaal Netflix Movie HD. Jacqueline Wilson's The Illustrated Mum Part 1. Heavy sea. During our recent bout of scurvy-induced influenza, the Professional Moron team realised sleep was not an option. To fill the endless void of the night, we stuck on some relaxing rain type noises. Worth a shot, right? Better than just lying there listening to ourselves hacking away every 10 seconds like people with really nasty coughs.

What is it about rain that’s so soothing? When you’re indoors, it’s essentially a middle finger to the environment. Apo Mesa Pethamenos - Danai [The Lobster OST - HD Video] THE EQUALIZER 2 - Official Trailer. A Very Particular Set of Skills. FilmStruck is unavailable in your region. You must remember this... Awkward Moments Compilations. THE GIRL IN THE SPIDER'S WEB - Official Trailer 2. THE GIRL IN THE SPIDER'S WEB - Official Trailer. Edgar the Bug: Praising Vincent D’Onofrio’s Brilliance in MIB. Vincent D’Onofrio is, arguably, best known for his role in Full Metal Jacket. 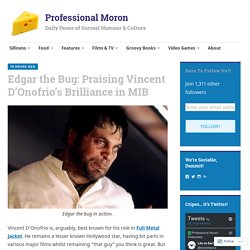 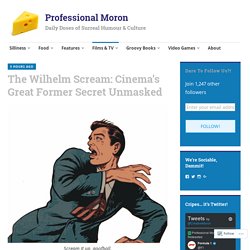 The usually dimwitted and unobservant Mr. Wapojif, our esteemed editor, kept noticing some weird sound effect going on. Always in a death scene, there would be a scream that went out. He heard it over and over again, even asking himself, “What’s going on with that?!” Meryl Streep & Cher - Silkwood. Silkwood Official Trailer #1 - Meryl Streep Movie (1983) HD. Odyssey: The Quest for Total Control. I AM ELEVEN Official U.S. Trailer 2014. Girlhood / Bande de filles (2014) - Trailer English Subs. BLACKkKLANSMAN - Official Trailer [HD] - In Theaters August 10. I'm as mad as hell, and I'm not going to take this anymore! Speech from Network (1080p) Somewhere Around Barstow - Fear and Loathing in Las Vegas (1/10) Movie CLIP (1998) HD. Review: In Sleek Bourne Legacy, Superspy Needs His Meds. The Trouble With Johnny Depp.