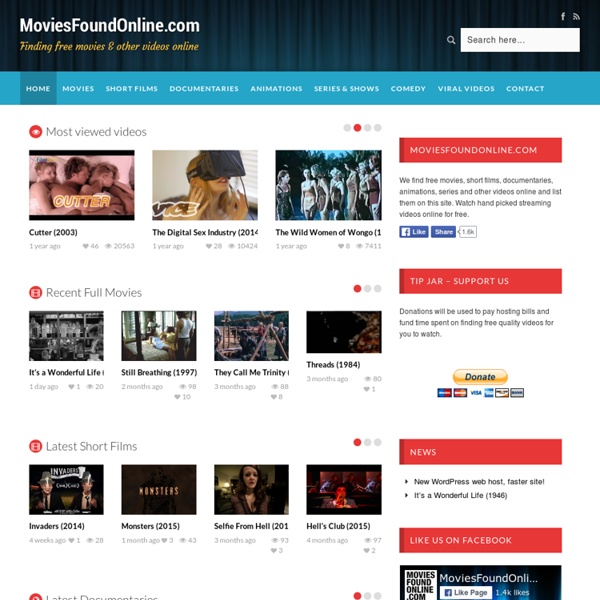 Watch Free Online Documentary Films and Free Documentaries | FreeDocumentaries.Org Freedocumentaries.org Films for Action About the Series | This Emotional Life The Emmy Award-winning team of Vulcan Productions and the producers of NOVA have created a three-part series that explores improving our social relationships, learning to cope with depression and anxiety, and becoming more positive, resilient individuals.The series was produced by Kunhardt McGee Productions. Harvard psychologist and best-selling author of Stumbling on Happiness, Professor Daniel Gilbert, talks with experts about the latest science on what makes us “tick” and how we can find support for the emotional issues we all face. Each episode weaves together the compelling personal stories of ordinary people and the latest scientific research along with revealing comments from celebrities like Chevy Chase, Larry David, Alanis Morissette, Robert Kennedy, Jr., and Richard Gere.