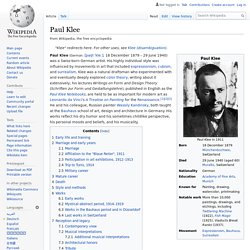 His highly individual style was influenced by movements in art that included expressionism, cubism, and surrealism. Klee was a natural draftsman who experimented with and eventually deeply explored color theory, writing about it extensively; his lectures Writings on Form and Design Theory (Schriften zur Form und Gestaltungslehre), published in English as the Paul Klee Notebooks, are held to be as important for modern art as Leonardo da Vinci's A Treatise on Painting for the Renaissance.[1][2][3] He and his colleague, Russian painter Wassily Kandinsky, both taught at the Bauhaus school of art, design and architecture in Germany.

His works reflect his dry humor and his sometimes childlike perspective, his personal moods and beliefs, and his musicality. Early life and training[edit] My Room (German: Meine Bude), 1896. Marriage and early years[edit] Marriage[edit] Death[edit] Alfred E. Neuman. The mascot for Mad magazine History[edit] Harvey Kurtzman first spotted the image on a postcard pinned to the office bulletin board of Ballantine Books editor Bernard Shir-Cliff. 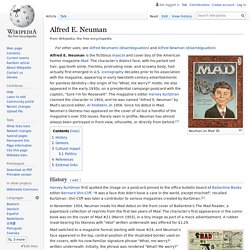 "It was a face that didn't have a care in the world, except mischief", recalled Kurtzman. Ruth Bader Ginsburg — Quartz Weekly Obsession. The paradox of Graham Greene. Nicholas Shakespeare in The Spectator: Joseph Conrad’s death made Graham Greene feel, at 19, sitting on a beach in Yorkshire, ‘as if there was a kind of “blank” in the whole of contemporary literature’. 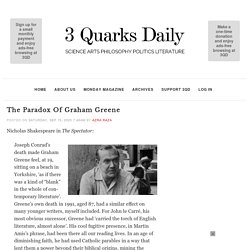 Greene’s own death in 1991, aged 87, had a similar effect on many younger writers, myself included. For John le Carré, his most obvious successor, Greene had ‘carried the torch of English literature, almost alone’. REVIEW: Chasing the Light by Oliver Stone. Edward Curtin Like the wandering and rascally Odysseus upon whom he models his life, Oliver Stone is “double-minded” in the most profound and illuminating ways. 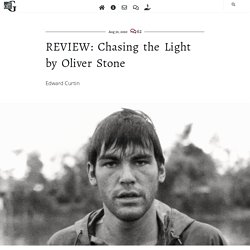 Someone Tries Insulting Schwarzenegger, Receives A Calm, Well-Constructed Answer That Shuts Them Down. It’s no secret that the internet loves the Terminator-turned-Governator, and he loves us back. 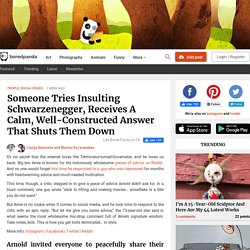 Big bro Arnie is known for his notoriously wholesome pieces of advice on Reddit. And no one would forget this time he responded to a guy who was depressed for months with heartwarming advice and much-needed motivation. This time, though, a critic stepped in to give a piece of advice Arnold didn’t ask for. In a blunt comment, one guy wrote “stick to lifting and making movies… snowflake is a title you do not want.” But Arnie is no rookie when it comes to social media, and he took time to respond to the critic with an epic reply.

The Cold War Bunker That Became Home to a Dark-Web Empire. By various methods, the police came to believe that CyberBunker was the biggest hoster of illegal Web sites in Germany, and perhaps anywhere in the world. 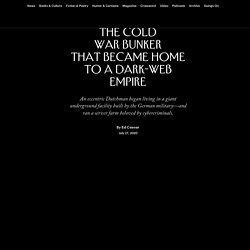 In 2014, it hosted Cannabis Road, the dark-Web marketplace. Between March, 2016, and February, 2018, it hosted the forum Fraudsters, through which counterfeit money, fake I.D.s, and prescription and illicit drugs were traded. Between 2015 and 2018, CyberBunker hosted Flugsvamp, a dark-Web market that accounted for roughly ninety per cent of the online illicit drug trade in Sweden. Xennt’s most significant dark-Web client was a site called Wall Street Market. Malcolm McDowell: 'I have no memory of doing most of my films'

Malcolm McDowell was the insolent prince of early-70s cinema, the Liverpool salesman who stormed the establishment’s barricades. 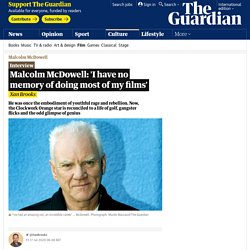 You can see him on screen in Lindsay Anderson’s If…., kickstarting a bloody revolution inside an English public school. You can see him in Stanley Kubrick’s A Clockwork Orange, hanging with his droogs at the Korova milk-bar, making up his rassoodock what to do with the night. The sky was the limit. Walter Dornberger. Dornberger (on the left, with hat) together with von Braun, after their surrender to Allies in Austria, May 1945 Dornberger was born in Gießen and enlisted in 1914.[1] In October 1918, as an artillery lieutenant Dornberger was captured by United States Marines and spent two years in a French prisoner of war camp, mostly in solitary confinement because of repeated escape attempts.[1] In the late 1920s, Dornberger completed an engineering course with distinction at the Berlin Technical Institute,[2] and in the Spring of 1930,[3] Dornberger graduated after five years with an MS degree in mechanical engineering from the Technische Hochschule Charlottenburg in Berlin.[1][4] In 1935, Dornberger received an honorary doctorate, which Col. 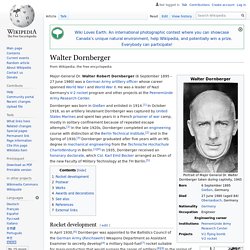 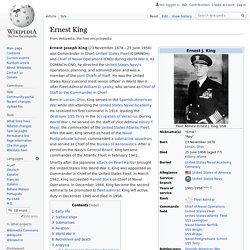 As COMINCH-CNO, he directed the United States Navy's operations, planning, and administration and was a member of the Joint Chiefs of Staff. He was the United States Navy's second most senior officer in World War II after Fleet Admiral William D. Leahy, who served as Chief of Staff to the Commander in Chief. One of most heroic Medal of Honor recipients from the Vietnam War dies of coronavirus. WASHINGTON — Medal of Honor recipient Bennie Adkins, who was given the nation’s highest military honor for heroically fighting off enemies and saving wounded soldiers in Vietnam, died April 17 from complications caused by the coronavirus. 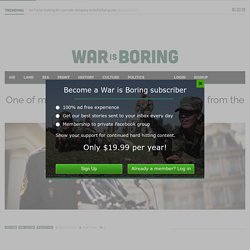 Adkins, who was 86, was hospitalized March 26 at the East Alabama Medical Center in his hometown of Opelika, Alabama. Leo McKern. Australian actor Early life[edit] Reginald McKern (who was known as “Leo” from a young age) was born in Sydney, New South Wales, the son of Vera (née Martin) and Norman Walton McKern. He attended Sydney Technical High School.[1] On leaving school, he initially worked in a factory, where at the age of 15, he suffered an accident which resulted in the removal of his left eye.[2] He first worked as an engineering apprentice, then as an artist, followed by service as a sapper with the Australian Army's Royal Australian Engineers during World War II.[3] In 1944, in Sydney, he performed in his first stage role. Career[edit] Theatre[edit] Stuart Gordon Obituary. Stuart Gordon, the writer, director, and producer best known for his cult-classic horror films Re-Animator (1985) and From Beyond (1986), has died.

The news first broke on Twitter, and was later confirmed by his family as reported in Variety. When The Beatles met Muhammad Ali in Miami (1964) The Beatles and Muhammad Ali, still at that time known as Cassius Clay but not for much longer, met on February 18 1964 at Miami Beach’s 5th Street Gym. Ali was just one week away from a bout with Sonny Liston who was expected to win, easily. In fact The Beatles people initially approached Liston, who after all was the 7-1 favourite, to take part in a photo op. But the 34 year old boxer from Arkansas ‘unequivocally refused’.

P. G. Wodehouse. English author Wodehouse in 1930, aged 48 Most of Wodehouse's fiction is set in England, although he spent much of his life in the US and used New York and Hollywood as settings for some of his novels and short stories. He wrote a series of Broadway musical comedies during and after the First World War, together with Guy Bolton and Jerome Kern, that played an important part in the development of the American musical.

He began the 1930s writing for MGM in Hollywood. Julee Cruise. American singer, songwriter, actress and musician Biography[edit] Early life and career[edit] Born in Creston, Iowa, her father was the town dentist.[1] The Unparalleled Genius of John von Neumann - Cantor’s Paradise - Medium. By the end of 1929, von Neumann’s number of published major papers had risen to 32, averaging almost one major paper per month. The Mysterious Death of Boxing’s Most Fearsome Fighter. Nico. German musician. Iraq war whistleblower Katharine Gun: ‘Truth always matters’ 10 Things You Might Not Know About Dorothy Parker. I Tried to Live Like Joe Rogan. Every morning of my Joe Rogan experience began the same way Joe Rogan begins his: with the mushroom coffee. Pete Buttigieg Charms Crowd At Iowa Truck Stop By Sampling Local Meth.

He Was a Crook: Hunter S. Thompson on Nixon - The Atlantic. Ecuadorian Officials Starting To Get Sick Of Julian Assange Always Leaving Dirty Dishes All Over Embassy. Monica Bellucci wears Ukrainian designs for photo shoot in Paris. Vladimir Mayakovsky - Wikipedia. Log In - New York Times. The historian and the longitude. Defending the Indefensible, in Feathers and All. Meet the conceptual artist in revolt against the art world. Cult Japanese director Seijun Suzuki dies aged 93. Grace Slick Donates Money From Chick-fil-A Ad to LGBTQ Group - Rolling Stone. No Small Parts: James Hong. Roger Penrose and the vision thing. If I Could Do It All Over Again, I’d Probably Have A Few Possessions. 11 African American Inventors Who Changed the World. Legendary Aviator Bob Hoover Dies at 94. The Promethean figure of Christopher Marlowe, the quintessential Renaissance man.

Bloodied, Bruised John Kerry Emerges Victorious At Kickboxing Tournament In Bangkok Prison. Murder, Marriage and the Pony Express: Ten Things You Didn’t Know About Buffalo Bill. Troops sour on Mattis nomination after he releases 6,000-book reading list. 15 Things You Should Know About Ruth Bader Ginsburg. A surprising number of great composers were fond of the bottle – but can you hear it? The School Of Life: George Orwell. 10 Things You Didn't Know George Harrison Did - Rolling Stone. Inside The Strange, Paranoid World Of Julian Assange - BuzzFeed News. Casually Explained: Casually Explained.

How fatherhood and grief have shaped the work of graphic novelist Daniel Clowes. The Sad Story Of The Man Who Figured Out An Equation For Altruism. The ‘Sexist’ 1975 Helen Mirren Interview On Parkinson Will Make You Angry [Video] Watch Helen Mirren Handle Herself Like A Boss In This Sexist 1975 Interview. The Dude Behind The Dude. Pappy Boyington. Merle Haggard. The Women of Youtube. Drunkard of the Issue #60: Johnette Napolitano. Fox News host Bret Baier “grills” the Dalai Lama: “Have you ever seen the movie ‘Caddyshack’?” Muhammad Ali – 25 of the best photographs of the legendary boxer. Exclusive, Previously Unpublished Interview With Mark Lane. Knocked-Out Secret Service Agents Wake To Realize Jimmy Carter Loose.

Rest in Peace, Daniel Berrigan « Memory Hole. Monica Lewinsky: ‘The shame sticks to you like tar’ Is it cos I is wack? The rise and fall of Sacha Baron Cohen. When the President Was the Quietest Man in the Room. Woody Harrelson interview: 'We live in a completely corrupted world' History Net: Where History Comes Alive – World & US History Online. How a 90-Year-Old Missing Person Became a Hit on Spotify. How one sexy gay novel derailed Gore Vidal’s literary career. Gore Vidal: Feuds, 'vicious' mother and rumours of a secret love child - Features - Books. God’s Cartoonist. Sun Ra at 100: 'A Joyful Noise' Uruguay's Apparently Humble Head of State. British Royal Family Places Queen Elizabeth In Nursing Home. Modern-Day Caligula Orders Everything Bagel.