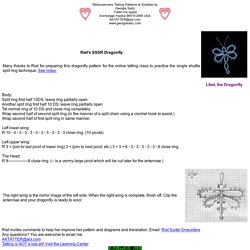 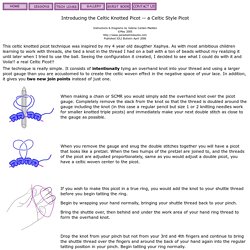 :) Email Bina Chat with Bina live on Yahoo! About topics related to this lesson or website. Tat-a-Renda: That pesky final ring! I have been practising, all of two days in fact, to understand the movements of the interlocking rings. 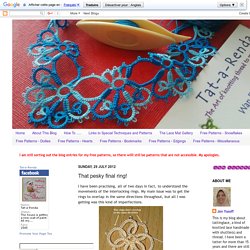 My main issue was to get the rings to overlap in the same directions throughout, but all I was getting was this kind of imperfections. I know there is a way to get it, but it just did not come to me. After many tries, I had no problem following the video for the other rings, but that last ring is not getting it. Finally, I have it and the picture here proves it, Notice how the rings are all overlapping in the same directions through out. After much trial and mistakes and re-opening of rings, I realised that it is how the thread is wrapped round the fingers for the last ring that determines the final ring's overlap position. 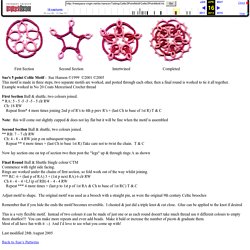 T & C Now lay section one on top of section two then post the "legs" up & through rings A as shown Adjust motif to shape. Remember that if you hide the ends the motif becomes reversible. Tatted False Plait with Beads by Gina Brummet. For the butterfly slide necklace, I put about 8 yards on each shuttle but 10 would be better. 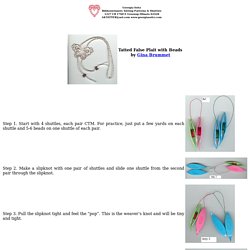 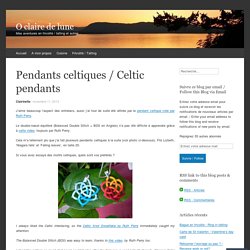 The Balanced Double Stitch (BDS) was easy to learn, thanks to this video, by Ruth Perry too. I liked this pattern so much that I just couldn’t stop after the first one. If you have tried Celtic tatting, which are your favorite patterns? TAT-MAN.NET. The Online Tatting Class 52 Earrings Project. The Online Tatting Class is working a project to create 52 earrings, a pair for each week of the year. 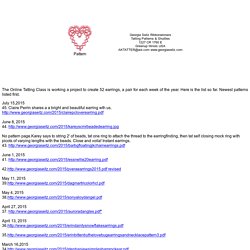