Diagnosis and Treatment of Irritable Bowel Syndrome: A Review. Importance The prevalence of irritable bowel syndrome (IBS) in the United States is between 7% and 16%, most common in women and young people, with annual direct costs estimated at more than $1 billion dollars in the United States. 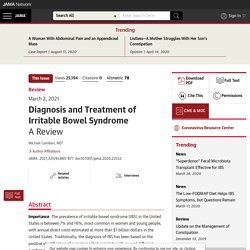 Traditionally, the diagnosis of IBS has been based on the positive identification of symptoms that correlate with several different syndromes associated with disorders such as IBS diarrhea, IBS constipation, functional diarrhea, functional constipation, chronic functional abdominal pain, or bloating. Several peripheral and central mechanisms initiate gastrointestinal motor and sensory dysfunctions leading to IBS symptoms. Those dysfunctions may require evaluation in patients whose symptoms do not respond to first-line treatments. Evidence-based clinical practice guidelines for irritable bowel syndrome 2020. Non-Celiac Gluten Sensitivity and Irritable Bowel Disease: Looking for the Culprits. 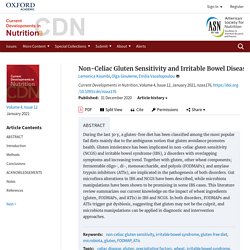 ACG Clinical Guideline: Management of Irritable Bowel Syndro... : Official journal of the American College of Gastroenterology. IBS is a common source of referrals to gastroenterologists with a prevalence of approximately 4.4%–4.8% in the United States, United Kingdom, and Canada and affects most commonly women and individuals younger than 50 years (5). 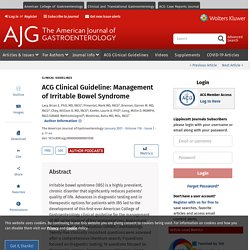 Symptoms of IBS greatly affect patients' quality of life (6,7), and this marked negative impact is highlighted by 1 study which reported that a majority of patients would give up 10–15 years of life expectancy for an instant cure for their condition and by another study which found that patients with IBS would accept a median risk of sudden death of 1% if a hypothetical medication could cure their IBS symptoms (8,9). IBS causes a significant burden to health care systems worldwide. As highlighted in a recent review article, direct medical costs attributed to IBS in the United States, excluding prescription and over-the-counter medications, are estimated to be as high as $1.5–$10 billion per year (10). Recommendation Testing for BAM is challenging. Management of Irritable Bowel Syndrome: Physician‐Dietitian Collaboration - Ireton‐Jones - 2020 - Nutrition in Clinical Practice. Irritable bowel syndrome (IBS) affects 10%–15% of adults in the United States and 12% of the worldwide population. 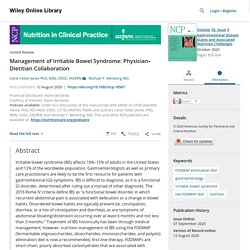 Gastroenterologists as well as primary care practitioners are likely to be the first resource for patients with gastrointestinal (GI) symptoms. IBS is difficult to diagnose, as it is a functional GI disorder, determined after ruling out a myriad of other diagnoses. The 2016 Rome IV criteria define IBS as “a functional bowel disorder in which recurrent abdominal pain is associated with defecation or a change in bowel habits. Management of irritable bowel syndrome with diarrhea: a review of nonpharmacological and pharmacological interventions - David J. Cangemi, Brian E. Lacy, 2019.

Introduction The pathophysiology of IBS is unclear, but may include alterations in the gut microbiota, GI motility, visceral sensation, intestinal permeability, and the brain–gut axis, and may also occur as the consequence of infection or psychological stressors.6 Given the multifactorial nature of IBS, there is currently no single management strategy for a particular IBS subtype that has been universally adopted.6 The aim of this narrative review is to provide a summary of nonpharmacological and pharmacological treatments for the management of IBS-D, and to review the data supporting their use. 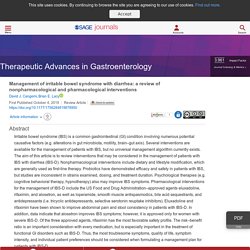 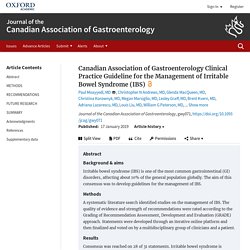 Close. Review article: implementation of a diet low in FODMAPs for patients with irritable bowel syndrome—directions for future research - Mitchell - 2019 - Alimentary Pharmacology &amp; Therapeutics. The gut microbiota is considered an “endogenous” organ contributing to the modulation of host physiology99 and may be a significant factor in the aetiology of IBS.100 A low FODMAP diet reduces the intake of many foods with a prebiotic effect at least short‐term during the strict phase of the diet and potentially longer term if adequate reintroductions are not made.77 Nonetheless, study of the effect of the low FODMAP diet on intestinal microbiota has been difficult, and vulnerable to oversimplification of what is, essentially, a complex ecological interaction between dietary intake and bacterial composition. 6.3.1 Prebiotic effect of FODMAPs 6.3.2 Changes to the microbiota and metabolomic markers. 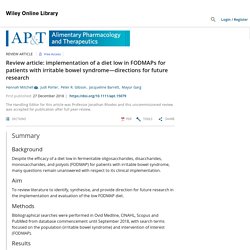 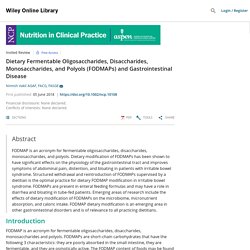 FODMAPs are short‐chain carbohydrates that have the following 3 characteristics: they are poorly absorbed in the small intestine, they are fermentable, and they are osmotically active. The FODMAP content of foods may be found in Table 1. Low-FODMAP diet in the management of irritable bowel syndrome. The low-FODMAP diet The benefits of restricting FODMAP-rich food for individuals with IBS have been reported by several authors. 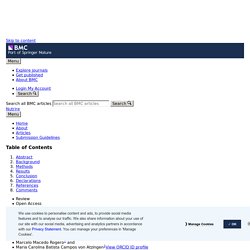 Shepherd et al. (2008) noticed the improvement of symptoms related to diet restrictions in 74% of IBS patients; treatment efficacy was directly associated with the patient’s commitment to the diet [16]. Whelan et al. [17] remarked that the low-FODMAP diet, delivered through dietitian-led dietary counseling, is effective in the management of functional gastrointestinal symptoms in IBS. FODMAP-rich food is eliminated or restricted in the low-FODMAP diet in order to detect the groups exacerbating the symptoms in each individual.

As a result, the diet encompasses two phases; the first one is the withdrawal of these carbohydrates from the diet, which should contain less than 0.5 g per meal or less than 3 g per day [7, 18, 19]. Based on the current literature, it is not possible to assume that only a specific food group causes symptoms related with FODMAPs. World Gastroenterology Organisation. 2.1 Introduction Dietary fibers are carbohydrates (both natural and synthetic) that resist digestion in the small intestine of humans and convey a physiological health benefit [3,4]. 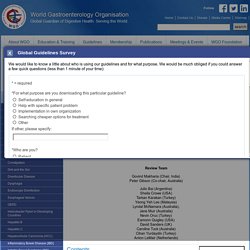 Fiber adds bulk to the diet, reduces energy density in foods, and may improve glycemic control and prevent or reduce constipation [3,5]. In many countries, a large number of individuals do not consume enough dietary fiber to meet recommended targets [3,5]. American College of Gastroenterology Monograph on Management of Irritable Bowel Syndrome. Low FODMAP Diet. Fermentable short chain carbohydrate (FODMAP) content of common plant-based foods and processed foods suitable for vegetarian- and vegan-based eating patterns - Tuck - 2018 - Journal of Human Nutrition and Dietetics. The low FODMAP diet in the management of irritable bowel syndrome: an evidence-based review of FODMAP restriction, reintroduction and personalisation in clinical practice - Whelan - 2018 - Journal of Human Nutrition and Dietetics.

Abstract Dietary restriction of fermentable oligosaccharides, disaccharides, monosaccharides and polyols (FODMAPs) is effective in the management of functional gastrointestinal symptoms that occur in irritable bowel syndrome (IBS). Numerous reviews have been published regarding the evidence for their restriction in the low FODMAP diet; however, few reviews discuss the implementation of the low FODMAP diet in practice. The aim of this review is to provide practical guidance on patient assessment and the implementation and monitoring of the low FODMAP diet. Broadly speaking, the low FODMAP diet consists of three stages: FODMAP restriction; FODMAP reintroduction; and FODMAP personalisation. These stages can be covered in at least two dietetic appointments. Introduction. Irritable bowel syndrome and diet: where are we in 2018? : Current Opinion in Clinical Nutrition & Metabolic Care.

Irritable bowel syndrome diagnosis and management: A simplified algorithm for clinical practiceUnited European Gastroenterology Journal - Paul Moayyedi, Fermín Mearin, Fernando Azpiroz, Viola Andresen, Giovanni Barbara, Maura Corsetti, Anton Emmanuel, A P. Irritable bowel syndrome (IBS) is a common functional gastrointestinal disorder (FGID), with prevalence rates ranging between 5% and 20%, depending on the geographical region and the criteria used for assessment.1 The defining features of IBS are the presence of recurrent abdominal pain in association with altered bowel habits (diarrhoea, constipation or both). The spectrum, duration and severity of symptoms can range from inconvenient to incapacitating,2 and can prevent individuals from participating in everyday activities.3. The evidence base for efﬁcacy of the low FODMAP diet inirritable bowel syndrome: is it ready for prime time as aﬁrst-line therapy?

Diet in irritable bowel syndrome. Irritable bowel syndrome (IBS) is a common chronic gastrointestinal disorder that affects 5–20% of the general population [1-15]. IBS is usually diagnosed at a young age (i.e. <50 years of age) and is more common in females than males [1,3,5,6,16]. This condition reduces considerably the patients’ quality of life, although it is not known to progress to a more serious disease or to cause death [1,17-19].

IBS patients suffer from intermittent abdominal pain/discomfort, altered bowel habits and abdominal bloating/distension [1,2]. Patients believe that their symptoms are triggered by certain food items such as milk and milk products, wheat products, caffeine, cabbage, onion, peas, beans, hot spices, and fried and smoked food [20-23]. Some IBS patients avoiding several foodstuffs, but there does not appear to be any difference between them and the general population regarding the intake of energy, carbohydrates, proteins and fats [23-29]. 2017 Irritable bowel syndrome in adults: diagnosis and management. This guideline covers diagnosing and managing irritable bowel syndrome (IBS) in people aged 18 and over. It details how to accurately diagnose IBS, and aims to improve the quality of life for adults with IBS by promoting effective management using dietary and lifestyle advice, pharmacological therapy and referral for psychological interventions.

The prevalence in North America is estimated to be 11.8%.1 Patients with IBS most commonly have irregular bowel habits in conjunction with abdominal pain or discomfort. The Rome III diagnostic criteria for IBS require the presence of recurrent abdominal pain or discomfort for at least 3 days per month during the last 3 months with onset of more than 6 months prior.2 These symptoms must also be associated with 2 or more of the following: improvement with defecation, change in stool frequency, or change in stool appearance or form. 2014 Monograph on the Management of Irritable Bowel Syndrome and Chronic Idiopathic Constipation.