Scientists are using the cold of outer space to rethink air conditioning. Elon Musk Says ‘Hyperloop’ Tunnel Is Now Just a Normal Car Tunnel Because ‘This Is Simple and Just Works’ Adversarial AI: Cybersecurity battles are coming. According to the RAND Corporation, a longtime mainstay of the military establishment, "cyber warfare involves the actions by a nation-state or international organization to attack and attempt to damage another nation's computers or information networks through, for example, computer viruses or denial-of-service attacks. 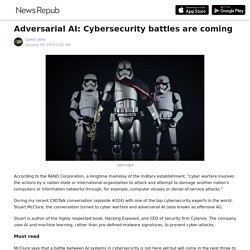 " During my recent CXOTalk conversation (episode #324) with one of the top cybersecurity experts in the world, Stuart McClure, the conversation turned to cyber warfare and adversarial AI (also known as offensive AI). Stuart is author of the highly respected book, Hacking Exposed, and CEO of security firm Cylance.

The company uses AI and machine learning, rather than pre-defined malware signatures, to prevent cyber-attacks. Using Blockchain, IoT Sensors and Food-Sensing Tech to Address Food Safety Concerns. New emerging traceability technologies including Internet-of-Things (IoT) sensors, blockchain and food-sensing technologies, have the potential to support the positive transformation of the food system, according to a new research by the World Economic Forum (WEF). 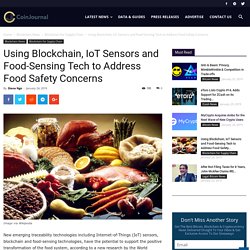 Food holds a critical role in human societies, yet inefficiencies in the supply chain and the lack of product and supply chain visibility are causing serious food safety and waste concerns. Nearly one-third of global food production is wasted, yet more than 800 million people are chronically undernourished. Meanwhile, the World Health Organization estimates that 600 million people fall ill and 420,000 die each year due to contaminated food. In addition, food systems are responsible for 25% of global greenhouse-gas emissions while climate change in turn threatens up to 25% of crop yields. And a rising global population, expected to reach almost 10 billion by 2050, exacerbates the already strained food systems. Crypto Expert Predicts the End of ICOs; Advent of STOs. Bitcoin and Blockchain expert Sean Brizendine said he believes the world is watching the end of initial coin offerings (ICOs), and moving towards the Securitized Token Offerings (STOs). 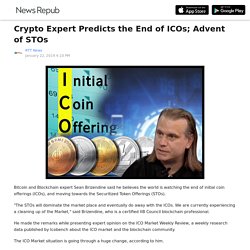 "The STOs will dominate the market place and eventually do away with the ICOs. We are currently experiencing a cleaning up of the Market," said Brizendine, who is a certified IIB Council blockchain professional. He made the remarks while presenting expert opinion on the ICO Market Weekly Review, a weekly research data published by Icobench about the ICO market and the blockchain community. The ICO Market situation is going through a huge change, according to him. The current situation is that anyone could run an ICO. The Big Read: Rise of the machine — how technology is disrupting Singapore’s law firms. SINGAPORE — Last year, a man-versus-machine showdown took place in the United States: Twenty top corporate lawyers from across the country were pitted against an artificial intelligence (AI) software developed by legal technology firm LawGeex, where they reviewed and approved everyday contracts over a period of two months. 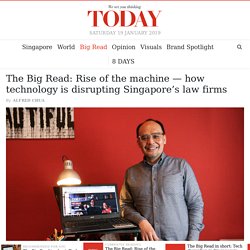 The results were astounding: The AI notched a 94 per cent accuracy rate, compared to the human lawyers’ 85 per cent. For one of the tasks — to review five non-disclosure agreements — the five human lawyers took more than 90 minutes. The longest time taken by an individual lawyer was 156 minutes and the shortest 51 minutes. In contrast, the AI took a mere 26 seconds. The diet to save lives, the planet and feed us all? Image copyrightGetty Images A diet has been developed that promises to save lives, feed 10 billion people and all without causing catastrophic damage to the planet. 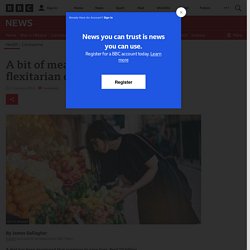 Scientists have been trying to figure out how we are going to feed billions more people in the decades to come. Their answer - "the planetary health diet" - does not completely banish meat and dairy. But it is recommending we get most of our protein from nuts and legumes (such as beans and lentils) instead. Their diet needs an enormous shift in what we pile on to our plates and for us to turn to foods that we barely eat. Businessinsider. New 2D sensors can cover any smooth surface. Share this Article. 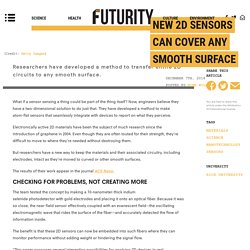 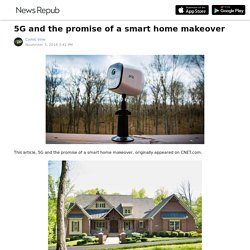 The smart home isn't going 5G anytime soon. The coming move to 5G will affect phones, cars, movies and even small-town American government. These 5 Rebel Movements Want to Change How Money Works. There have always been movements with dissenting views on the money system: how it runs and whom it works for. 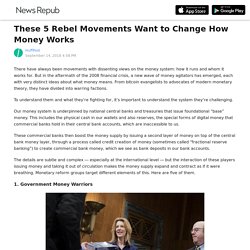 This is how UN scientists are preparing for the end of capitalism. Capitalism as we know it is over. 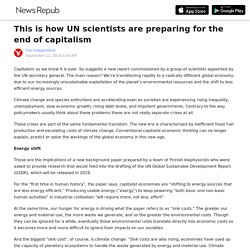 So suggests a new report commissioned by a group of scientists appointed by the UN secretary general. The main reason? We’re transitioning rapidly to a radically different global economy, due to our increasingly unsustainable exploitation of the planet’s environmental resources and the shift to less efficient energy sources. Climate change and species extinctions are accelerating even as societies are experiencing rising inequality, unemployment, slow economic growth, rising debt levels, and impotent governments.

How to Impress the Robot Reading Your Résumé. While you’re perfecting your résumé and cover letter with the hiring manager of your dream company in mind, you may be interested to know that they may never even read your application, because a robot will have discarded it before they had a chance. 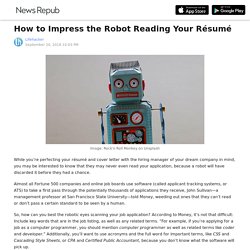 Almost all Fortune 500 companies and online job boards use software (called applicant tracking systems, or ATS) to take a first pass through the potentially thousands of applications they receive, John Sullivan—a management professor at San Francisco State University—told Money, weeding out ones that they can’t read or don’t pass a certain standard to be seen by a human. So, how can you best the robotic eyes scanning your job application? According to Money, it’s not that difficult: Include key words that are in the job listing, as well as any related terms. The jobs that will still exist for humans in the robot age - Axios. Cultofmac. Telcos flailing against tide to turn into dumb pipes. This is how UN scientists are preparing for the end of capitalism. Capitalism as we know it is over. So suggests a new report commissioned by a group of scientists appointed by the UN secretary general. The main reason? We’re transitioning rapidly to a radically different global economy, due to our increasingly unsustainable exploitation of the planet’s environmental resources and the shift to less efficient energy sources.

Climate change and species extinctions are accelerating even as societies are experiencing rising inequality, unemployment, slow economic growth, rising debt levels, and impotent governments. These 5 Rebel Movements Want to Change How Money Works. There have always been movements with dissenting views on the money system: how it runs and whom it works for. But in the aftermath of the 2008 financial crisis, a new wave of money agitators has emerged, each with very distinct ideas about what money means.

From bitcoin evangelists to advocates of modern monetary theory, they have divided into warring factions. To understand them and what they’re fighting for, it’s important to understand the system they’re challenging. Our money system is underpinned by national central banks and treasuries that issue foundational “base” money. This includes the physical cash in our wallets and also reserves, the special forms of digital money that commercial banks hold in their central bank accounts, which are inaccessible to us. 1. Tom Williams/CQ Roll Call via Getty Images. The father of the internet just created a Solid alternative. Here's how it works.

Sir Tim Berners-Lee created the World Wide Web, but he thinks the internet has failed instead of served humanity, so he's created Solid. What Will Cryptocurrency Be Like in 10 Years? Investors, pundits, and enthusiasts can’t stop speculating about cryptocurrency, and more often than not, their predictions center on price.

But simply musing over the market performance of a specific coin ignores the larger potential of cryptocurrency. What 5G wireless devices will do that 4G cannot. 'The world is sleepwalking into a financial crisis' – Gordon Brown. A leaderless world is sleepwalking towards a repeat of its near meltdown in late 2008 and early 2009 because it has failed to remedy the causes of the financial crash of a decade ago, former prime minister Gordon Brown has warned. Britain’s leader during the period when the collapse of the US investment bank Lehman Brothers put every major bank at risk, said that after a decade of stagnation the global economy was now moving into a decade of vulnerability.

Which countries are dumping the dollar and why? — RT Business News. The European Union is considering switching payments from the US dollar to the euro after Washington threatened to target European firms working in Iran, according to reports. The measure may help the EU to retain one of the world's largest markets, which was opened for trade after the historic nuclear deal signed by Tehran and the P5+1 powers (China, France, Russia, UK, US, plus Germany) in June 2015. EU considers Iran central bank transfers to beat US sanctions.