AOC Asking For Players To Join A Game Of 'Among Us' To 'Get Out The Vote' Topline U.S. 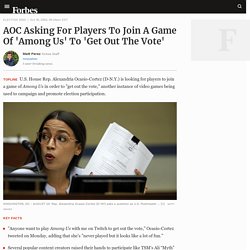 House Rep. Alexandria Ocasio-Cortez (D-N.Y.) is looking for players to join a game of Among Us in order to "get out the vote," another instance of video games being used to campaign and promote election participation. Key Facts. Millions of Views Later, Nathan Apodaca Keeps the Vibe Going. Fleetwood Mac’s ‘Rumours’ Returns to the Top 10, Thanks to TikTok. The last time Fleetwood Mac’s classic LP “Rumours” was in the Top 10 of the Billboard album chart, in February 1978, Jimmy Carter was president, disco was king and the prime-time soap opera “Dallas” was still more than a month away from its premiere. 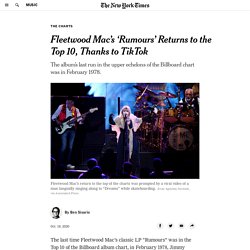 But thanks to a viral TikTok video, “Rumours” has climbed back to the chart’s upper rungs for the first time in 42 years, landing at No. 7 with the equivalent of 33,000 sales in the United States, including more than 30 million streams, according to Nielsen Music. Its return was set in motion late last month, when Nathan Apodaca, a potato worker in Idaho, filmed himself languidly singing along to “Dreams” while skateboarding down a road and sipping from a bottle of Cran-Raspberry juice. 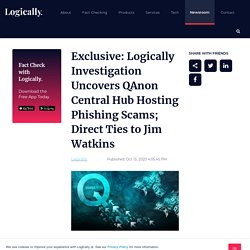 A Logically Investigation reveals that QAnon communications are being consolidated under the control of Jim Watkins, through US based hosting company VanwaTech.Based in Vancouver, Washington, VanwaTech hosts only a handful of websites unrelated to QAnon, including the neo-Nazi website The Daily Stormer.The connection with Watkins was previously assumed, but our investigation reveals concrete evidence.VanwaTech also hosts several phishing sites posing as UK banks and cellular phone service providers, aiming to defraud customers of money.Since the removal of QMap, VanwaTech’s operators have made a concerted effort to develop the company into a safe haven for the aggregator sites that disseminate the conspiracy material at the heart of QAnon.

With approximately 10 million visitors per month, QMap was by far the most visited website for Q-drops. Mainstream media is the biggest amplifier of White House disinformation. Benkler’s team just published its study, which examines the president’s disinformation campaign against mail-in votes and details the methods—and people—he’s using to accomplish his goals. 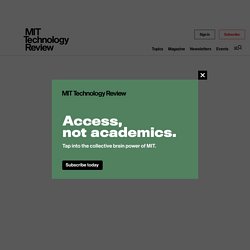 The findings found that some of the biggest names in American mass media and the political elite are primarily responsible, and that social media plays only a secondary role. The findings run contrary to the popular idea that it’s foreign troll factories doing the worst disinformation dirty work. The study examined 55,000 media stories, 5 million tweets, and 75,000 Facebook posts. The conclusion, echoing their research from 2015 to 2018, is that Donald Trump and Fox News are the key players in this crucial disinformation campaign, not Russian trolls. The researchers mapped the campaign out, showing a clear and recurring culprit: Trump, whether on TV or Twitter or by close proxy. The American press amplifies this dramatically because outlets cannot resist giving attention to the White House.

The liberal election is happening on Instagram. While Facebook continues to take heat over being a tinderbox for conservative media, data shows that liberal, civically engaged voices are winning out on Instagram — and the engagement is even higher there than on Facebook. 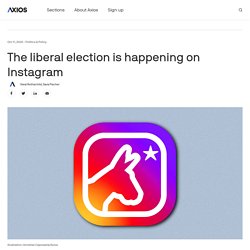 Why it matters: The politics playing out on Instagram reflect a younger, more progressive generation. Many have left Facebook to their parents. What's going on: A range of data from the Facebook-owned social media metrics platform CrowdTangle shows that liberal-leaning messaging flourishes on Instagram and that the top accounts generate even more engagement than on Facebook. There was 36% more engagement on the top 50 accounts posting about "Black Lives Matter" on Instagram versus Facebook in the past 30 days, and nearly 3x as much about "climate change. " Be smart: Facebook has taken heat over the fact that many of its most-engaged accounts belong to right-wing voices. Joe Biden is the dog lovers' candidate, says this ad full of former presidents and their furry friends. A new political ad in support of Joe Biden for president tries to resonate across the lines via a beloved human interest: dogs. 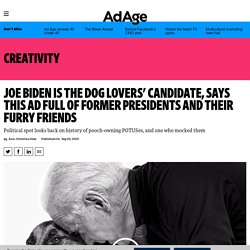 A group that bills itself as “Dog Lovers for Joe” has debuted a new spot that looks back on presidents of the past, side by side with their furry friends: Ronald Reagan with Lucky, a Bouvier des Flandres; George H.W. Bush and Millie, an English Springer Spaniel; Bill Clinton with his chocolate lab Buddy; George W. Bush and his Scottish Terrier Barney and Barack Obama with Portuguese Water Dog Bo. But when it gets to President Donald Trump, we see a scene of him addressing a crowd, pejoratively shaking his head. “How would I look walking a dog across the White House lawn?”

Twitter. US election 2020: TikTok gets pulled into the campaigns.