Bruce Davidson. “If I am looking for a story at all, it is in my relationship to the subject — the story that tells me, rather than that I tell” writes Bruce Davidson, who was inducted into the International Photography Hall of Fame on November 1, 2019. John Giorno Interview: Inside William S. Burroughs' Bunker. Rare Iggy Pop Documentary by Bram Van Splunteren (1993) Tom Wolfe on Radical Chic and Leonard Bernstein's Party for the Black Panthers. From the June 8, 1970 issue of New York Magazine. 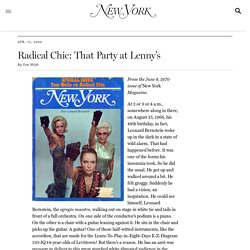 At 2 or 3 or 4 a.m., somewhere along in there, on August 25, 1966, his 48th birthday, in fact, Leonard Bernstein woke up in the dark in a state of wild alarm. That had happened before. It was one of the forms his insomnia took. So he did the usual. He got up and walked around a bit. Streets ahead: The explosive New York scene that changed photography - in pictures. The Coronavirus Crisis Reveals New York at Its Best and Worst. There are, as well, the small, crushing disappointments that, though reasonably lost in the larger life-and-death clamor, are very real to the people they have happened to. 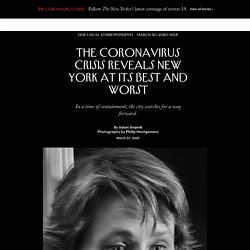 The actress Ilana Levine had just opened in a new play, “The Perplexed,” by Richard Greenberg—a comeback of sorts for her—when all theatres, concert venues, and night clubs were closed. “You know, I had been on Broadway a lot when I was younger,” she said. “But then came L.A. and children. . . . Ryan Weideman, the NYC Taxi Driver and Street Photographer. Self-Portrait with Passenger Allen Ginsberg, 1990. 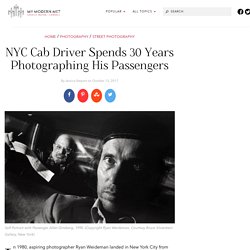 (Copyright Ryan Weideman, Courtesy Bruce Silverstein Gallery, New York) In 1980, aspiring photographer Ryan Weideman landed in New York City from California, looking to make a name for himself. But he soon found himself focused on more practical matters, like paying the rent.

Film Forum · “FORD TO CITY: DROP DEAD - <br />NEW YORK IN THE 70s” Statue of Liberty. David Wojnarowicz. What America’s immigrants looked like when they arrived on Ellis Island. We hear so often that America is "a nation of immigrants" or a "cultural melting pot" that the phrase has become kind of a tired cliche. 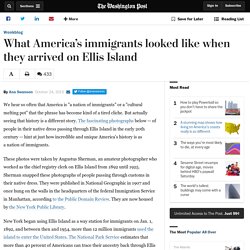 But actually seeing that history is a different story. The fascinating photographs below — of people in their native dress passing through Ellis Island in the early 20th century — hint at just how incredible and unique America's history is as a nation of immigrants. These photos were taken by Augustus Sherman, an amateur photographer who worked as the chief registry clerk on Ellis Island from 1892 until 1925. Sherman snapped these photographs of people passing through customs in their native dress. LOU REED: Sunday Morning. Saturday afternoon, sunny bright and breezy, as I walked along railroad tracks and the Allegheny river that runs a few hundred yards from my house, accompanied by Rachel, my faithful if impatient fifteen-year-old Gordon Setter, two flocks of Canadian geese appeared. 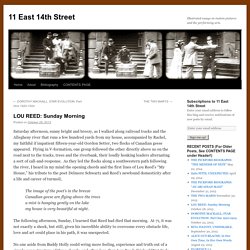 Flying in V-formation, one group followed the other directly above us on the road next to the tracks, trees and the riverbank, their loudly honking leaders alternating a sort of call-and-response. As they led the flocks along a southwestern path following the river, I heard in my mind the opening chords and the first lines of Lou Reed’s “My House,” his tribute to the poet Delmore Schwartz and Reed’s newfound domesticity after a life and career of turmoil, The image of the poet’s in the breeze Canadian geese are flying above the trees a mist is hanging gently on the lake my house is very beautiful at night.

The following afternoon, Sunday, I learned that Reed had died that morning. The bass and drums take over, and swell. The Last of the Typewriter Men — Backchannel. A dynasty of repairmen is keeping the world’s typewriters from going obsolete On a recent bleak, winter afternoon in the Flatiron District Paul Schweitzer was once again hard at work, trying to breathe life into a black, jazz-age Underwood typewriter. 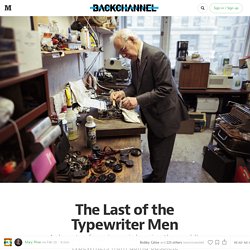 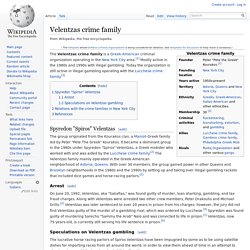 Today the organization is still active in illegal gambling operating with the Lucchese crime family.[3] Spyredon "Spiros" Velentzas[edit] The group originated from the Kourakos clan, a Maniot-Greek family led by Peter "Pete The Greek" Kourakos. NYC Neighborhood Guide. 8 Maps That Show Each City By Stereotype.

Coney Island. Taking Down Picasso by Martin Filler. Though we are only five weeks into 2014, this is already not a good year for some of New York City’s most beloved artistic grace notes. 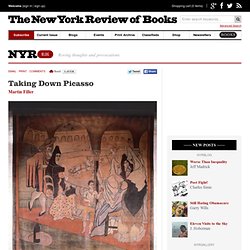 In early January came the anticipated but nonetheless devastating news that the Museum of Modern Art would indeed raze Tod Williams and Billie Tsien’s adjacent American Folk Art Museum building as part of an expansion scheme by Diller Scofidio + Renfro. Now, a page-one New York Times article brings us word that the real estate mogul Aby Rosen is planning to remove a historic Picasso stage curtain from the Seagram Building on February 9. Hoffman’s Heroin Points to Surge in Grim Trade. Slide Show: Photographs of the N.Y.C. Subway. Looking on Instagram, it’s hard not to see at least a picture a day from the New York City subway. 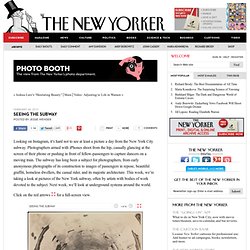 America is still a deeply racist country. A resident of Lacoochee, Florida, a neighboring town to where Chris Arnade grew up. 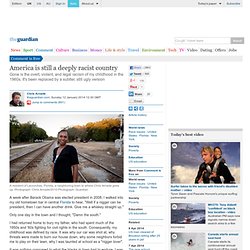 Photograph: Chris Arnade/2010 Photograph: Guardian A week after Barack Obama was elected president in 2008, I walked into my old hometown bar in central Florida to hear, "Well if a nigger can be president, then I can have another drink. Give me a whiskey straight up. " Humans of New York: A Vibrant Photographic Census of Diversity and Dignity. By Maria Popova There is something especially magical about framing these moments of stillness and of absolute attention to the individual amidst this bustling city of millions, a city that never sleeps and never stops.

The ever-evolving portrait of New York City has been painted through Gotham’s cats and its dogs, its buildings and its parks, its diaries and its letters. A Walker in the City. Over the past four years, William Helmreich, a sixty-seven-year-old professor of sociology at CUNY, has walked almost every street in New York City: a hundred and twenty thousand blocks, or about six thousand miles. He’s written a book about the effort called “The New York Nobody Knows,” which will be published next month.

One recent morning, I met him at the corner of 170th Street and Grand Concourse for a tour of the Bronx. Helmreich is tall and fit, with an unlined face and a crescent-shaped grin. How the Other Half Lives: Photographs of NYC's Underbelly in the 1890s. Jacob A. Mapping Manhattan: A Love Letter in Subjective Cartography by Neil deGrasse Tyson, Malcolm Gladwell, Yoko Ono & 72 Other New Yorkers. By Maria Popova “Maps are the places where memories go not to die but to live forever.”

“New York blends the gift of privacy with the excitement of participation … so that every event is, in a sense, optional, and the inhabitant is in the happy position of being able to choose his spectacle and so conserve his soul,” E. B. White memorably wrote in his 1949 masterpiece Here Is New York. Outtakes from Patti Smith / Robert Mapplethorpe session by Norman Seeff. “I met Patti and Robert at Max’s Kansas City, a now infamous downtown bar where artists and musicians hung out.

We hit it off immediately. I found them fascinating and they agreed to do a session with me. Cinematic Atlas: A Guide to Martin Scorsese's New York. New York means a great deal to many filmmakers, perhaps none more so than Martin Scorsese. New York, a graveyard for languages. 15 December 2012Last updated at 19:13 ET By Dr Mark Turin Linguist and broadcaster Home to around 800 different languages, New York is a delight for linguists, but also provides a rich hunting ground for those trying to document languages threatened with extinction.

To hear the many languages of New York, just board the subway. Fairytale of New York: the story behind the Pogues' classic Christmas anthem. Once upon a time a band set out to make a Christmas song. Not about snow or sleigh rides or mistletoe or miracles, but lost youth and ruined dreams. Casitas. Published by City Farmer, Canada's Office of Urban Agriculture Casitas: Gardens Of Reclamation 25 color photographs by Ejlat Feuer (E-mail: ejlatfeuer@aol.com) celebrating the beauty and cultural significance of casita gardens located in New York's Puerto Rican neighborhoods. Text by landscape architect Daniel Winterbottom (E-mail: nina@u.washington.edu) illustrating how casitas function as places of refuge, cultivation, recreation, celebration and expression. An immigrant himself, Ejlat Feuer came to the United States from Israel in 1957 at the age of 8.