Nine Nonobvious Ways to Have Deeper Conversations. After all we’ve been through this year, wouldn’t it be nice, even during a distanced holiday season, to be able to talk about this whole experience with others, in a deep, satisfying way? 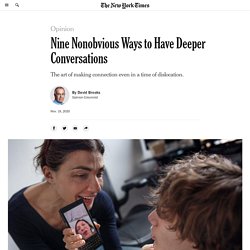 To help, I’ve put together a list of nonobvious lessons for how to have better conversations, which I’ve learned from people wiser than myself: Approach with awe. C.S. Lewis once wrote that if you’d never met a human and suddenly encountered one, you’d be inclined to worship this creature. Every human being is a miracle, and your superior in some way. Ask elevating questions. Ask open-ended questions. Make them authors, not witnesses. Treat attention as all or nothing. Don’t fear the pause. Keep the gem statement front and center. Find the disagreement under the disagreement. The midwife model. Deeper conversations help people become explicable to each other and themselves. “Humans need to be heard before they will listen,” Amanda Ripley writes. ‘I’m Having a Friendship Affair’ The first time I saw her, the woman who would become my friend, best friend, unhealthy fixation, her picture was in the newspaper. 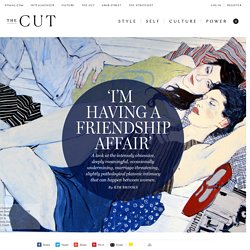 A few days before the start of the conference to which we’d both been invited, her first novel was published to rave reviews. The newspaper had been spread across my couch amidst the soft toys, long-lost tubes of diaper cream, and Cheerios dust. I might not have noticed it if my husband hadn’t shown me. I had a 6-year-old, a 4-year-old, a novel of my own I couldn’t finish. I didn’t notice much that wasn’t clinging to my physical body or standing in my way. Grace and Online Dating - The Psychology — Gracefully.Tech. Is online dating increasingly becoming the norm because it’s easier--and perhaps more graceful--than traditional forms of dating? 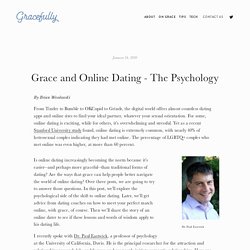 Are the ways that grace can help people better navigate the world of online dating? Over three posts, we are going to try to answer those questions. In this post, we’ll explore the psychological side of the shift to online dating. Later, we’ll get advice from dating coaches on how to meet your perfect match online, with grace, of course. Then we’ll share the story of an online dater to see if these lessons and words of wisdom apply to his dating life. I recently spoke with Dr. What is so different about online dating, compared to the “old-fashioned” ways? "When Breath Becomes Air" widow and "The Bright Hour" widower find love. John Duberstein and Lucy Kalanithi in San Mateo, Calif. 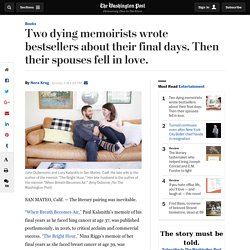 His late wife is the author of the memoir “The Bright Hour.” Her late husband is the author of the memoir “When Breath Becomes Air.” (Amy Osborne /for The Washington Post) SAN MATEO, Calif. — The literary pairing was inevitable. “When Breath Becomes Air,” Paul Kalanithi’s memoir of his final years as he faced lung cancer at age 37, was published posthumously, in 2016, to critical acclaim and commercial success. What I Learned About Sex by Never Having It. Image via Flickr user Abigail G I've waited to have sex because I was raised in a religious culture that said it was the right thing to do. 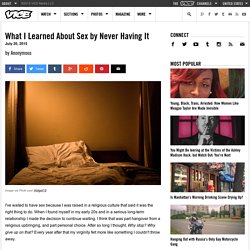 When I found myself in my early 20s and in a serious long-term relationship I made the decision to continue waiting. J.D. McClatchy on the Contrast and Complementarity of Desire and Love. Japon. Le “kabe don”, ce geste qui met les Nipponnes en émoi. What my father's infidelities taught me about intimacy. Recently, a friend offered to put up some shelves for me. 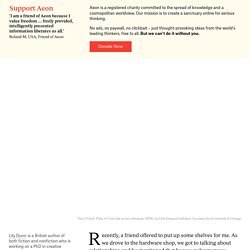 As we drove to the hardware shop, we got to talking about relationships and he mentioned that he was polyamorous: though he lives with his primary partner, he is free to be with other women too. He told me how once, by chance, he’d found himself dancing in a nightclub with all his lovers: tickled by the memory, he tapped a beat on the steering wheel.