Mental Control of the Energy Fields of the Body by Manly P. Hall.wmv. Orientation of the Hermetic Philosophy - Doctrines of Hermes Trismegistus. Manly P. Hall - The Seven Schools of Mystery Religions. Mystery School - Introduction. The Secret Mystery School Teaching Part 1of 6. Undeciphered scripts. The writing systems listed below have yet to be deciphered or have only been partially deciphered. 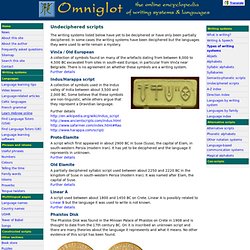 In some cases the writing systems have been deciphered but the languages they were used to write remain a mystery. Vinča / Old European A collection of symbols found on many of the artefacts dating from between 6,000 to 4,500 BC excavated from sites in south-east Europe, in particular from Vinča near Belgrade. There is no agreement on whether these symbols are a writing system. Further details Indus/Harappa script A collection of symbols used in the Indus valley of India between about 3,500 and 2,000 BC. Further details Proto-Elamite A script which first appeared in about 2900 BC in Suse (Susa), the capital of Elam, in south-western Persia (modern Iran).

Old Elamite. Works of the Camden Society - John Dee, James Orchard Halliwell-Phillipps. The private diary of Dr. John Dee, and the catalogue of his library of ... - John Dee. The Moment Before Discovery: Werner Künzel. 1. 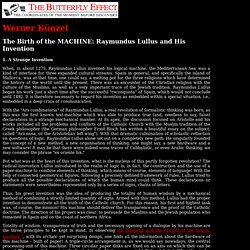 A Strange Invention When, in about 1275, Raymundus Lullus invented his logical machine, the Mediterranean Sea was a kind of interface for three expanded cultural streams. Spain in general, and specifically the island of Mallorca, was at that time, one could say, a melting pot for the three religions which have determined the history of the world until the present. There was an encounter of the Christian religion with the culture of the Muslims, as well as a very important trace of the Jewish tradition. Raymundus Lullus began his work just a short time after the successful "reconquista" of Spain, which would not conclude until 1492. With the "Ars combinatoria" of Raymundus Lullus, a real revolution of formalistic thinking was born, as this was the first known text-machine which was able to produce true (and, needless to say, false) declarations in a strange mechanical manner. 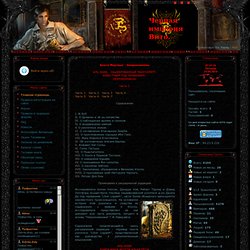 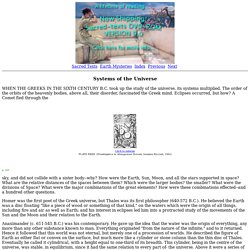 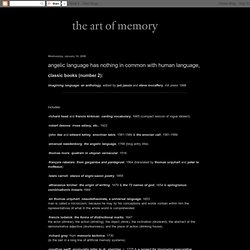 11, 13 and 33 - The Illuminati / Freemason Signature. By Robert Howard Updated 11/30/2001 from TheForbidedenKnowledge Website In my research regarding the Freemason’s, United States Presidents and The Masonic Power Structure I was constantly running into the number 13 and 33. 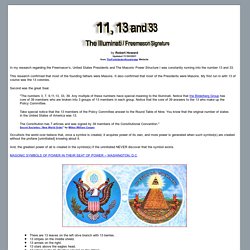 This research confirmed that most of the founding fathers were Masons. It also confirmed that most of the Presidents were Masons. My first run in with 13 of course was the 13 colonies. Second was the great Seal. Www.archidox.org/The Whole Enochian Dictionary.pdf. Golden Chariot (Thanga Ther) of Palani. The Lord—the festival deity called Cinnakumārar, a graceful figure in bronze—is placed riding on a golden peacock mount whose feathers are spread out beautifully. 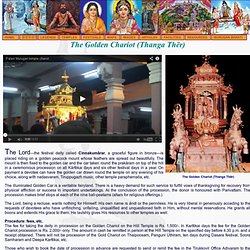 The mount is then fixed to the golden car and the car taken round the prakāram on top of the hill in a ceremonious procession on all Kārttikai days and six other festival days in a year. On payment a devotee can have the golden car drawn round the temple on any evening of his choice, along with nadasvaram, Tiruppugazh music, other temple paraphernalia, etc. The illuminated Golden Car is a veritable fairyland. There is a heavy demand for such service to fulfill vows of thanksgiving for recovery from physical affliction or success in important undertakings. List of inventors of writing systems. Ancient and Mystic Alphabets. Alphabet of the Magi. The Alphabet of the Magi was invented by Theophrastus Bombastus von Hohenheim (also known as Paracelsus) in the 16th century. 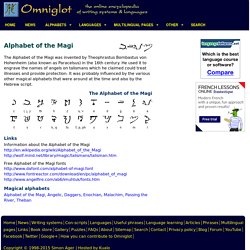 He used it to engrave the names of angels on talismans which he claimed could treat illnesses and provide protection. Alphabet of the Ark - text. Kalachakra. The Kalachakra (Sanskrit: कालचक्र Kālacakra, Tibetan: དུས་ཀྱི་འཁོར་ལོ།, Wylie: dus kyi 'khor lo; Mongolian: Цогт Цагийн Хүрдэн Tsogt Tsagiin Hurden; Chinese: 時輪) is a term used in Vajrayana Buddhism that means wheel of time or "time-cycles". 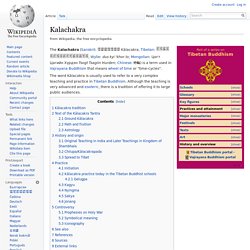 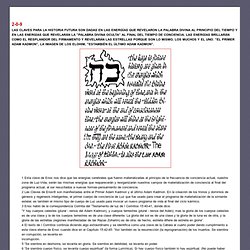 </span></p><p><span style="font-size: 12px; font-weight: normal;">Each facet of a dodecahedron is actually a pentagon/pentad. The pentad was so revered to early Greek philosophers and the disciples of Pythagoras that it&rsquo;s construction, and it&rsquo;s divine proportions were kept secret. Christ consciousness - silver. Sacred Geometry, Golden Ratio, Nature, Art, Music, Cosmology, Consciousness and Reality. Sacred Geometry Sacred geometry involves sacred universal patterns used in the design of everything in our reality, most often seen in sacred architecture and sacred art. The basic belief is that geometry and mathematical ratios, harmonics and proportion are also found in music, light, cosmology. This value system is seen as widespread even in prehistory, a cultural universal of the human condition. It is considered foundational to building sacred structures such as temples, mosques, megaliths, monuments and churches; sacred spaces such as altars, temenoi and tabernacles; meeting places such as sacred groves, village greens and holy wells and the creation of religious art, iconography and using "divine" proportions.

Alternatively, sacred geometry based arts may be ephemeral, such as visualization, sand painting and medicine wheels. Sacred geometry may be understood as a worldview of pattern recognition, a complex system of religious symbols and structures involving space, time and form. Angel Script - Alphabet of the Ark. The Angelic Script or the Alphabet of the Ark is derived from the Hebrew alphabet, the symbols of which are encoded messages of light. It blends tones with light symbols to help humanity awaken to their greater destiny..that which calls to you and makes you feel that you have a mission here on Earth. The Book of THOTH - Thoth and The Book of Thoth - The Myths behind the Legend. True, without falsehood, certain and most true, that which is above is the same as that which is below, and that which is below is the same as that which is above, for the performance of miracles of the One Thing. Divinatory, esoteric and occult tarot.

Tarot reading is belief in using cards to gain insight into the past, current and future situations by posing a question to the cards, i.e. cartomancy. Some[who?] Believe they are guided by a spiritual force, while others[who?] Believe the cards help them tap into a collective unconscious or their own creative, brainstorming subconscious. [citation needed] The divinatory meanings of the cards commonly used today are derived mostly from cartomancer Jean-Baptiste Alliette (also known as Etteilla) and Mlle Marie-Anne Adelaide Lenormand (1776-1843).[1][2] The belief in the divinatory meaning of the cards is closely associated with a belief in their occult, divine, and mystical properties: a belief constructed in the 18th century by prominent Protestant clerics and freemasons.[3] Major and Minor Arcana[edit]