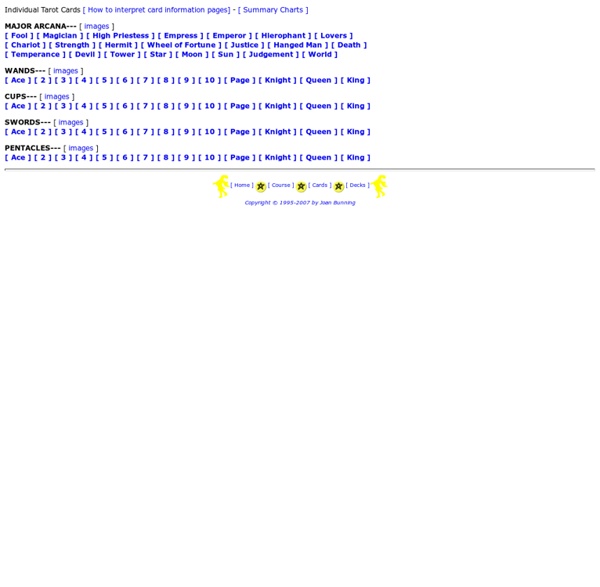 The Apocrypha Index Sacred Texts Bible Jump to Contents The Apocrypha refer to texts which are left out of officially sanctioned versions ('canon') of the Bible. The term means 'things hidden away,' which implies secret or esoteric literature. In some Protestant Bibles, they are placed between the New and Old Testament. Jerome rejected the Deuterocanonical books when he was translating the Bible into Latin circa 450 CE, (see the Vulgate). Of these books, Tobias, Judith, the Wisdom of Solomon, Baruch, and Maccabees, remain in the Catholic Bible. With one exception, all of these books are considered 'Old Testament'. There are many other apocryphal books, which do not fall into the 'Deuterocanonical' category, such as the many additional New Testament Gospels, and the apocalyptic book of Enoch. 1 Esdras 2 Esdras Additions to Esther 1 Macabees 2 Macabees Tobias Judith Wisdom Sirach Baruch Epistle of Jeremiah Susanna Prayer of Azariah Prayer of Manasseh Bel and the Dragon Laodiceans

The Traditional Tree of Life, an overview of the Kabbalistic Teachings. The Sephiroth I am using here the traditional names of the Sephiroth. Their names don't always reflect the meaning or content of them. It is not clear why the ancient kabbalists choose those titles. To know what the Sephiroth are about, one needs to read the explanation of each Sephirah. 1. Kether is the first manifested Sephirah, the first condensation of the light of Ain-Soph. Kether is the source of light rising up from the darkness. Kether is also called Mashabah, which is consciousness, as Kether is pure consciousness. Kether is also called the Crown because of its ability to receive and integrate the divine energy. For me, Kether means the very essence of my being, that divine monad that always has been and always will be. 2. Chochmah is the second Sephiroth. Chochmah is associated in the soul with the power of intuitive insight, flashing lightning-like across consciousness. In man Chochmah corresponds to the right brain hemisphere. 3. 4. 5. Geburah is the fifth Sephirah. 6. 7. 8.

The Zodiac, Cherubim & The Sphinx - Zodiac astrology mythology, Egypt sphinx Mars sphinx face Egypt pyramid Mars pyramids, angels, aliens, ufos, sphinx cherubim Ezekiel 41:18 And it (the paneling of the holy place of the temple) was made with cherubs ...and two faces were to a cherub, the face of a man, toward the palm tree from here, and a young lion's face toward the palm tree from there. It was made to all the house round and round...on the wall of the temple. Myth and God's Message in the Heavens The pictures found today in the zodiac were not developed by the Greeks, but were in place perhaps as early as 4000 B.C. predating even the civilizations of Sumeria . These pictures were not merely arranged in haphazard order to aid in the tracking of the star movements, but with the purpose of depicting an epic narrative. Authors like Bullinger and Seiss have suggested that there is a deeper meaning, one that goes beyond even the most illuminated of occult interpretations. Sphinx were often placed at entrances to palaces or temples of antiquity. printer friendly version Please view the following books for further info:Witness of the Stars by E.W.

Latin Vulgate Bible with Douay-Rheims and King James Version Side-by-Side+Complete Sayings of Jesus Christ The Tower of Babel The Tower of Babel ﻿And the whole earth was of one language and of one speech. And it came to pass, as they journeyed from the east, that they found a plain in the land of Shinar; and they dwelt there. And they said to one another, go to; let us make brick for stone, and slime had they for mortar. In the time of the next great act of rebellion against God, about 560 years after the flood another event happened: The Tower of Babel. "This they begin to do." separation is one of time - linear verses eternal. "Nothing will be restrained from them." " Thou shalt not make unto thee any graven image, or any likeness of any thing that is in heaven above, or that is in the earth beneath, or that is in the water under the earth:" Exod 20:4 (KJV) Imagine if you were stranded on an island without anything but your wit. ﻿﻿The Babel builders had a generalized knowledge of the future, from their knowledge of the stars. ﻿ Many "fringe" scientists and researchers, like Michael Cremo, Graham Hancock, Dr.

Lecture On The Tracing Board Of The Degree Of Mark Master Mason The marks used by Mark Master Masons, while extremely varied in the number of points comprised in the figure selected, as well as in character generally, are many of them taken from the ornaments, emblems, jewels or tools used in the Order, and these are symbolical of sundry moral truths inculcated by Freemasonry. Each of the ancient operative Masons employed at the building of King Solomon’s Temple was enabled to distinguish his own work by the particular mark or symbol cut thereon and by the same means each craftsman’s work was known to the Overseer. From the number of symbols thus used, the following have been chosen as pre-eminently illustrative of the teachings of this branch of our Ancient Order, and to them we attach symbolical explanations. 1. 2. 3. 4. 5. 6. 7.- Jacob’s Ladder is symbolical of the hope we as Masons entertain of reaching unto the heavens, after a well spent life in this earthly abode. The first represents faith in the Volume of the Sacred Law.

Serpents of the Kundalini Fire | The Tree of Life To continue the tale of the serpents lets look at the Kundalini Fire from India. The Kundalini system looks like the Caduceus Staff with the two Serpents around the spine: The serpents has two different colors like the two outer pillars in the Kabbalah Tree of Life, and they have the same interpretations as the Feminine and Masculine energies. Seven Lotus Flowers or Chakras, which are spiritual organs, are placed on the spine. Macrocosmic Man Left side of Man is the masculine side and the right side is the feminine side, as we see the Tree of Life from the front, the macrocosmic man. Chakras in the Tree of Life! The correspondence between the Chakras (see later) and the Sephirots: From the heart and up the feminine and masculine energies are nearly in Equilibrium with the heart near the center. 5. Microcosmic Man The left part of you — your left man, as it were — is the fortification set up by Lucifer, and your right man is the fortification set up by Ahriman. Microcosmic Man The Three Gunas

Astrology & the Chakras In this article I would like to explore the exciting possibility of bridging two of history's greatest psychological systems -- astrology and the chakras. Conventionally, these two systems have been seen as having little or nothing to do with each other, the former primarily concerning the outer world, or macrocosm, and the latter involving the inner world, or microcosm. In fact, as we shall soon see, these two systems are but two sides of the same coin, each one complementing the other and thus enhancing our understanding of both. The basic system of correspondences I will be using here is drawn from teachers I have studied with in the Kriya Yoga lineage.1 The general system of "chakric horoscopes" and their guidelines for interpretation are my own, developed over more than a decade of working with these basic correspondences. What Are the Chakras? In Sanskrit, the word chakra (sometimes spelled "cakra") literally means "wheel". Chakra 1, at the base of the spine, is called Muladhara.

MasonicWorld.com A Stroll Through The Seven Liberal Arts and Sciences By Richard D. Marcus George Washington Lodge # 337 F&AM, Whitefish Bay, Wisconsin Throughout our lives, we have heard of the liberal arts and sciences. Parts of the original list date back to ancient Greece. This print is German from about AD 1500. Proverbs 9:1 says, "Wisdom hath built herself a house, she hath hewn her out seven pillars." This leads us to a second woodblock print, which also is German from about the same time. In AD 420, Marcianus Capella in Carthage wrote an allegory of the Phoebus-Apollo, God of the Sun, presenting the Seven Liberal Arts as maids to his bride Philology, a lover of words. The Winding Stair Youth, manhood, and age are the three stages of our lives. We advance in life as if we were climbing a winding stair. There must be many fields of knowledge that could have been listed: history, chemistry, or literature. A History of the List The phrase, the liberal arts, comes from the Latin artes liberales. St. 1.

Sisters of secrecy: more facts on Eastern Star | Sun & Shield In my previous post on the Order of the Eastern Star (OES) I briefly gave a history of the secret society, highlighted its Masonic ties, and discussed a few of the gods represented by the “Eastern Star” on which they base their name. I will now highlight the goddesses behind the Order, some of the symbols they embrace, and their Cabalistic Motto. Embracing the goddesses When Rob Morris was organizing the basic layout of the OES, he decided there would be five degrees, or points, and that there would be five female figures representing the Order. Originally, he chose five goddesses from ancient paganism as his five female figures, then had second thoughts about bringing pagan ideas to the forefront, possibly thinking that the majority of women would probably be turned off if the pagan ideas were the focus since most of the U.S. at the time professed Christianity. Jephthah’s daughter, who Morris named Adah: The OES claims that she illustrates respect to the binding force of a vow. Symbols