VegBank. Why are we still building portals? The Geospatial Commission have recently published some guidance on Designing Geospatial Data Portals. 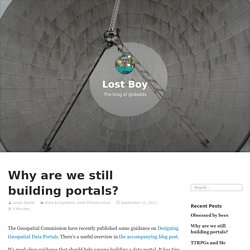 There’s a useful overview in the accompanying blog post. It’s good clear guidance that should help anyone building a data portal. It has tips for designing search interfaces, presenting results and dataset metadata. There’s very little advice that is specifically relevant to geospatial data and little in the way of new insights in general. The recommendations echo lots of existing research, guidance and practice. Phytoimages.siu.edu. Atrium - biodiversity information system. Flora of Thailand. The Leipzig Catalogue of Vascular Plants - An improved taxonomic reference list for all known vascular plants - Curators - iNaturalist Community Forum.

World Flora Online: Placing taxonomists at the heart of a definitive and comprehensive global resource on the world's plants - Borsch - 2020 - TAXON. There are an estimated 400,000 species of vascular plants and bryophytes on Earth, with perhaps an additional 10% yet to be discovered. 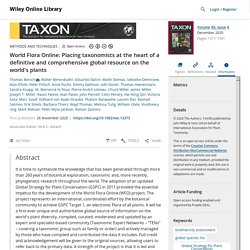 The Catalogue of Life. Fantastic Flora. Digital Atlas of Ancient Life. Bivalves (also known as “pelecypods” or, in older literature, “lamellibranchs”) are a very diverse and abundant group of mollusks. 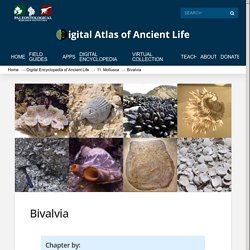 They live today throughout the world’s oceans and fresh waters, where they are of major ecological importance as a food source for other organisms and for their water-filtering capabilities. They have a long and rich fossil record that illustrates their complex evolutionary history. Bivalves are also of major economic importance to humans, as sources of food and other products, and as damaging invasive species. Bivalves are members of the phylum Mollusca, which also includes cephalopods (squids, octopuses, nautiloids, and ammonoids), gastropods (snails, slugs, and nudibranchs), scaphopods (tusk shells), polyplacophorans (chitons), the extinct rostroconchs, and three “minor” groups, the monoplacophorans, Caudofoveata, and Solenogastres (the latter two are generally collectively called “aplacophorans”). Royal Botanic Garden Edinburgh: Bloodhound. Current staff have deposited specimens they collected or have identified specimens at the following organizations. 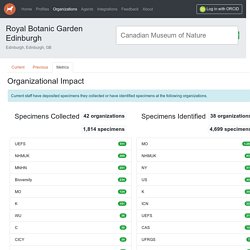 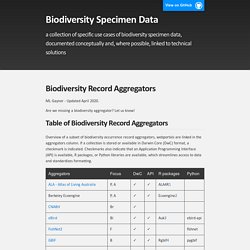 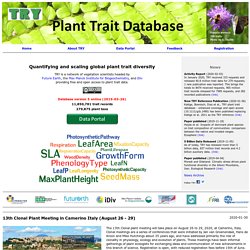 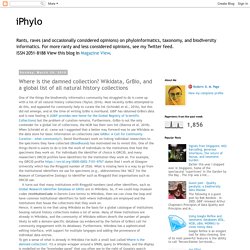 Most recently GrBio attempted to do this, and appealed for community help to curate the list (Schindel et al., 2016), but this did not emerge, and at the time of writing GrBio is moribund. BIOPAMA: African, Pacific, Caribbean. Discover Life. Encyclopedia of Life. The Encyclopedia of Life (EOL) version 3 you are using now contains the same sort of biodiversity information we hosted in the previous version, but the web platform and data services it is built on have been almost entirely reengineered and updated to modern standards. 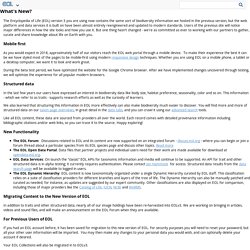 Users of the previous site will notice major differences in how the site looks and how you use it. But one thing hasn't changed - we're as committed as ever to working with our partners to gather, curate and share knowledge about life on Earth with you. Mobile first As you would expect in 2018, approximately half of our visitors reach the EOL web portal through a mobile device. To make their experience the best it can be we have styled most of the pages to be mobile-first using modern responsive design techniques. During the beta test period, we have optimized the website for the Google Chrome browser. Structured data Like all EOL content, these data are sourced from providers all over the world. New Functionality. International Barcode of Life. ITIS: Integrated Taxonomic Information System. ITIS: Linking the Past to Provide Context for Knowledge. NHM Data Portal. How latest upgrades mean that the Portal finally comes out of beta We have just completed a major upgrade that not only gives the Museum’s Data Portal a new look but promises faster response times, optimised search capabilities, new methods to track digital collection use and improve our capabilities to meet the needs of users in the future. 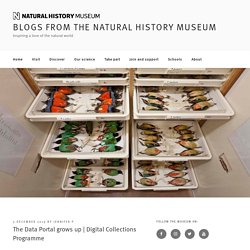 “It has been almost four years since we launched the Data Portal back in 2015 and in that time we have transformed access to the collections, creating an audience that is at least ten times greater than the number of scientists able to visit our physical collections.” Vince Smith, Head of Informatics. Usually, software is kept in beta for a short period of time—as a transitional phase between “alpha” (when in-house testers or focus groups try out the software) and the official release. Neither of these qualities accurately describes the Museum’s Data Portal, which is why the tag has now been removed. 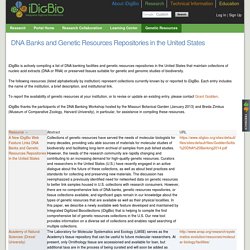 The following resources (listed alphabetically by institution) represent collections currently known by or reported to iDigBio. Each entry includes the name of the institution, a brief description, and institutional link. To report the availability of genetic resources at your institution, or to revise or update an existing entry, please contact Grant Godden. iDigBio thanks the participants of the DNA Banking Workshop hosted by the Missouri Botanical Garden (January 2013) and Breda Zimkus (Museum of Comparative Zoology, Harvard University), in particular, for assistance in compiling these resources. Global Genome Biodiversity Network. A Collaborative Effort to Cryo-preserve and Provide Access to Genomic Samples from Across the Tree of Life The Global Genome Biodiversity Network (GGBN) is a global network of well-managed collections of genomic tissue samples from across the Tree of Life, benefiting society through biodiversity research, development and conservation.

This network will foster collaborations among repositories of molecular biodiversity in order to ensure quality standards, improve best practices, secure interoperability, and harmonize exchange of material in accordance with national and international legislation and conventions. Goals Provide genome-quality samples from across the Tree of Life for research, training, and development, thereby contributing to the conservation of global genetic diversity for generations to come. Provide open access to a global data management system hosting the aggregated primary specimen data and metadata for all the member institutions. Morphobank.org - Homologies. Digital Morphology. MorphoSource. Compadre-Plant trait database. Botanists at Trinity College Dublin have launched a database with information that documents significant ‘life events’ for nearly 600 plant species across the globe. They clubbed together with like-minded individuals working across five different continents to compile the huge database of plant life histories, for which data have been gathered over a near 50-year span.

At a time in which climate change and increasing human populations are rapidly re-shaping plant distributions, the researchers hope their COMPADRE Plant Matrix database will foster collaborations between scientists and allow them to better answer questions such as how we can conserve the species that are critical for ecosystem services, and which may provide food for billions. The botanists have just published an article in the prestigious international, peer-reviewed publication Journal of Ecology that describes the database. We rely on plants for some of our most basic needs like food, shelter and clothing. Epigenomics of Plants International Consortium. JSTOR Global Plants - LibGuides at JSTOR. In addition to Global Plants, JSTOR includes thousands of academic ebooks and journals in related fields: JSTOR Life Sciences Collection: comprehensive access to 160 foundational journals in major biological subfields: aquatic science, botany, developmental & cell biology, ecology, paleontology, and zoology.

More than 100 peer-reviewed ecology and botany journals. Some publishers, including the Royal Botanic Gardens, JSTOR Labs. 1 Introduction The sheer amount of data contained in JSTOR raises the question of what is the most effective way for scholars to search it. The answer to this question is inevitably going to be discipline-specific as scholars in different fields do have different strategies for retrieving bibliographic information.

There is no documentation indicating when famine plants were first used. COMPADRE - Plant Matrix Database. Inside Wood. The InsideWood project integrates wood anatomical information from the literature and original observations into an internet-accessible database useful for research and teaching. The InsideWood database contains brief descriptions of fossil and modern woody dicots (hardwoods) from more than 200 plant families, and is searchable by an interactive, multiple-entry key. This wood anatomy web site has over 40,000 images showing anatomical details. Note: Gymnosperm woods (softwoods) are not included.

Become a fan of InsideWood on facebook to get information on additions to InsideWood, and occasional comments on how-to-use the website. Also on Twitter The Facebook photo albums listed below have slide sets with background information on InsideWood, including hints and cautions about searching the IW database. "About InsideWood" with information on source of the data and the images, how to export descriptions, caveats about database content. Support InsideWood by buying the "2017. Global Wood Density Database. Centre for Mined Land Rehabilitation Online Herbarium. The online herbarium has been developed with Silver Biology and CMLR, initially enabled as a component of an industry grant.