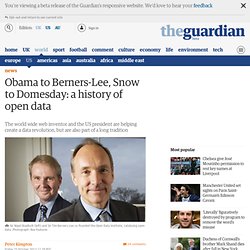 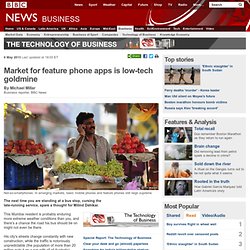 Viewpoint: Why do tech neologisms make people angry? How Plebs gets laughs from the past. Millions prepare to celebrate Chinese Lunar New Year. 10 February 2013Last updated at 07:22 GMT. 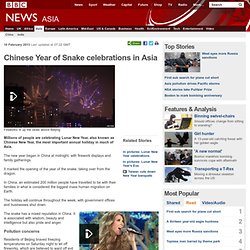 Knights of Malta Catholic order celebrates 900 years. 9 February 2013Last updated at 15:05 ET Today's order is upholding the values of the ancient Knights Hospitallers The Knights of Malta military order of the Catholic church - which dates back to the time of the Crusades - has celebrated its 900th birthday in Rome. 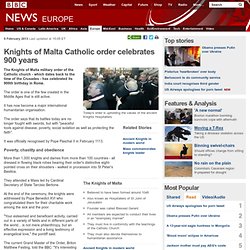 The order is one of the few created in the Middle Ages that is still active. It has now become a major international humanitarian organisation. How men and women organize their (online) social networks differently. Men and women socialize differently, and it turns out these gender differences hold true in online games that involve social interaction. 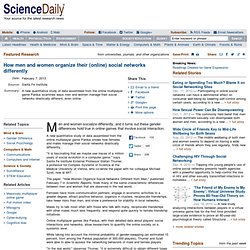 A new quantitative study of data assembled from the online multiplayer game Pardus shows how females and males manage their social networks drastically differently. "It is fascinating that we maybe see traces of a million years of social evolution in a computer game," says Santa Fe Institute External Professor Stefan Thurner, a professor for Complex Systems of Science at the Medical University of Vienna, who co-wrote the paper with his colleague Michael Szell, now at MIT. The paper, "How Women Organize Social Networks Different from Men," published February 7 in Scientific Reports, finds many of the same characteristic differences between men and women that are observed in the real world. Ancient Egyptian Mummy's Elaborate Hairstyle Recreated In 3D. By: Owen Jarus, LiveScience Contributor Published: 01/25/2013 08:00 AM EST on LiveScience Nearly 2,000 years ago, at a time when Egypt was under the control of the Roman Empire, a young woman with an elaborate hairstyle was laid to rest only yards away from a king's pyramid, researchers report. 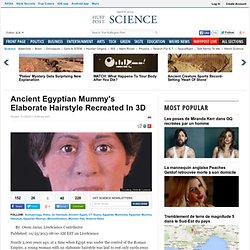 She was 5 feet 2 inches in height, around age 20 when she died, and was buried in a decorated coffin whose face is gilded with gold. A nearby pyramid, at a site called Hawara, was built about 2 millennia before her lifetime. Why did men stop wearing high heels? For generations they have signified femininity and glamour - but a pair of high heels was once an essential accessory for men. 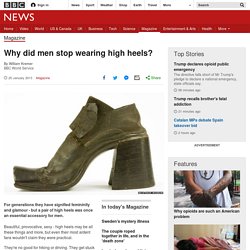 Beautiful, provocative, sexy - high heels may be all these things and more, but even their most ardent fans wouldn't claim they were practical. 20 of your tales of vegetarian woe. 22 January 2013Last updated at 05:45 ET What do vegetarians eat in a country where refusing meat is regarded as a sign of madness? 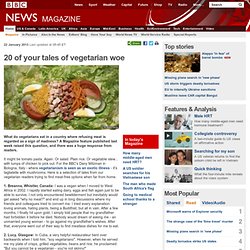 A Magazine feature published last week raised this question, and there was a huge response from readers. It might be tomato pasta. Again. Rape in the Age of Social Media. We are basically honest – except when we are at work, study suggests. A new study has revealed we are more honest than you might think. The research by the University of Oxford and the University of Bonn suggests that it pains us to tell lies, particularly when we are in our own homes. It appears that being honest is hugely important to our sense of who we are. However, while it might bother us to tell lies at home, we are less circumspect at work where we are probably more likely to bend the truth, suggests the study. The researchers conducted simple honesty tests by ringing people in their own homes in Germany and asking them to flip a coin.

The study participants were asked over the phone to report on how it landed. Experts warn of misbehaving tooth fairy. Opinions of the tooth fairy as kind and giving may need to be revised following "mounting reports of less child-friendly activity," says a paper published in the BMJ Christmas edition and appearing online today. Learn English online: How the internet is changing language. Online, English has become a common language for users from around the world. 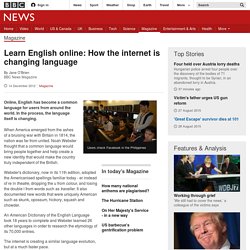 In the process, the language itself is changing. When America emerged from the ashes of a bruising war with Britain in 1814, the nation was far from united. Noah Webster thought that a common language would bring people together and help create a new identity that would make the country truly independent of the British. 22 Terrible Things That Must End in 2013. Inside the Risky Bets of Central Banks. The Role of Anti-Establishment “Conspiracy Theories” In recent years, populist explanations for world events have become common and often taken the form of anti-establishment conspiracy theories. 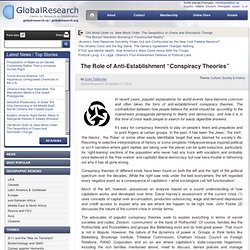 The Surprising Things I Learned from Working in a Strip Club (Hint: Pastors Are Big Fans) December 4, 2012 | Like this article? Join our email list: Stay up to date with the latest headlines via email. The following article first appeared on Kinkly.com. Truth, Propaganda and Media Manipulation. Media Ownership. Pew Research Center. The New Border: Illegal Immigration’s Shifting Frontier. Central American migrants stand on top of train cars while waiting for the freight train "La Bestia," or the Beast, to travel north through Mexico to the U.S. border in January 2012.

Read My Hips. FTC maverick a mystery on Google case - Michelle Quinn. A maverick member of the Federal Trade Commission, J. Election Is Mandate for Policies Grounded in Progressive American Values. One of the few things that Barack Obama and Mitt Romney agreed on during the campaign for the presidency was that this election was a choice between two very different visions of America, two very different directions for our country's future. The American people have made their choice -- a resounding victory for President Obama and Vice President Biden and a mandate for their policy agenda. The Constitution, the Role of Government and the Common Good In reelecting President Obama, Americans embraced the need for effective, vigorous government action to protect the rights, interests, health and well-being of every American.

The Supreme Court's Big Gay-Marriage Day, Explained. This week, the Supreme Court will hear a challenge to Proposition 8, which bars same-sex couples from marrying in California, and a case challenging the Defense of Marriage Act (DOMA), which denies federal benefits to same-sex couples married under state law. Proposition 8 is the big one: Overturning it would establish a broad, constitutional right to gay marriage that could be applied nationwide.

However, DOMA shouldn't be discounted: If this law, signed by former president Bill Clinton, is found to unconstitutional, federal law will not longer discriminate against legally married gay couples. My colleague Adam Serwer argues that the risk to gay marriage is in fact, "very great" in the Supreme Court, because the court could "side with marriage equality" in DOMA, but "render discrimination constitutional," by not overturning Prop 8. Read on for essential background on the Supreme Court's decision to take up gay marriage: Which cases were originally before the Supreme Court?