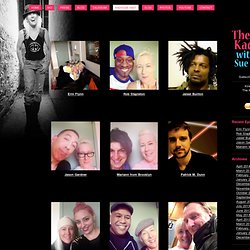 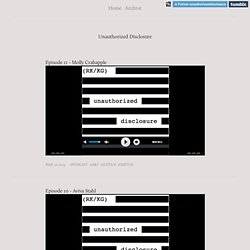 Extraenvironmentalist. Modern Day Philosophers. Alert! Radio. Recorded weekly at 101.5 UMFM at the University of Manitoba, and available on the Rabble Podcast Network, Alert radio brings you all kinds of leading-edge information we think you want to hear. 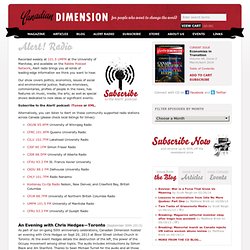 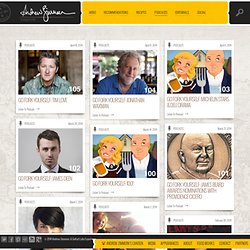 BookTV. In Depth is Book TV's monthly interview/call-in program with an author featuring his or her body of work. 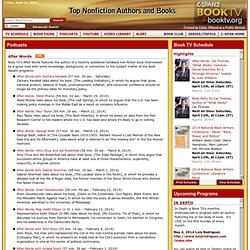 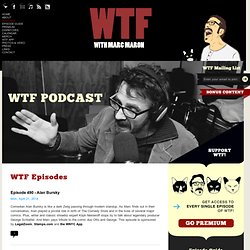 As Marc finds out in their conversation, Alan played a pivotal role in birth of The Comedy Store and in the lives of several major comics. Plus, writer and classic showbiz expert Kliph Nesteroff stops by to talk about legendary producer George Schlatter. And Marc pays tribute to the comic duo Otto and George. Uhh Yeah Dude. OK Radio. Economic Update: Your Weekly Dose of Revolutionary Economics (Audio) A revolutionary take on a massive set of problems: Capitalism's failings and today's global economic crisis. 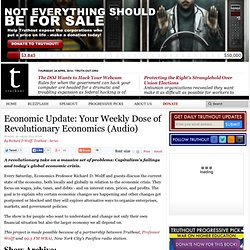 Every Saturday, Economics Professor Richard D. Wolff and guests discuss the current state of the economy, both locally and globally in relation to the economic crisis. They focus on wages, jobs, taxes, and debts - and on interest rates, prices, and profits. The goal is to explain why certain economic changes are happening and other changes get postponed or blocked and they will explore alternative ways to organize enterprises, markets, and government policies.

The show is for people who want to understand and change not only their own financial situation but also the larger economy we all depend on. This project is made possible because of a partnership between Truthout, Professor Wolff and 99.5 FM WBAI, New York City's Pacifica radio station. April 17th "Tax Injustices" Category Archives: Gar Alperovitz Podcast. Part 2 of my conversation with Peter Buffett: “If you don’t have a way to speak to ordinary Americans, you’re not in the game.” 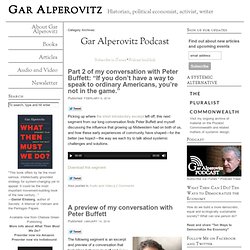 Picking up where the short introductory excerpt left off, this next segment from our long conversation finds Peter Buffett and myself discussing the influence that growing up Midwestern had on both of us, and how these early experiences of community have shaped—for the better (we hope)! —the way we each try to talk about systemic challenges and solutions. Download this segment. ~ Tarbell Industries ~ April 04 2014If I Ruled the World Alexis shares her dream Senate Banking Committee hearings, Jesse waxes poetic about his dream for a basic income, and Prof. 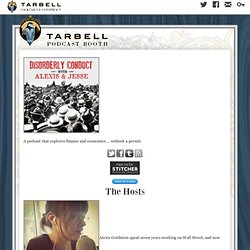 Stephanie Kelton (@StephanieKelton) joins to talk about her dream monetary policies (Spoiler Alert: she says the Fed isn't that powerful). Share on Twitter Share on Facebook download this episode | Episode Permalink February 18 2014Call It A Comeback Alexis takes on the appointment of finance super-villain Blythe Masters to an advisory position on a major regulatory agency, Jesse details the growing support behind reviving postal banking in the United States, and Duke Professor William "Sandy" Darity discusses reparations for slavery. 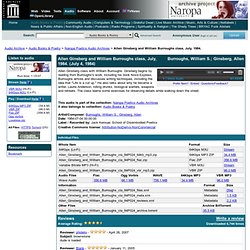 --'--> in-browser audio player requires JavaScript to be enabled. It appears your browser does not have it turned on. Please see your browser settings for this feature. </div> Allen Ginsberg class with William Burroughs. This audio is part of the collection: Naropa Poetics Audio ArchivesIt also belongs to collection: Audio Books & Poetry. 321 - Dark Ages America (Modern US and the Fall of Rome) - UnwelcomeGuests.