Untitled. This extremely narrow victory is the tightest presidential result we’ve found for all of the 404 congressional districts we’ve released 2020 data for so far, and we’d be very surprised if it gets displaced when we wrap up our remaining three states (Alabama, Louisiana, and Pennsylvania). 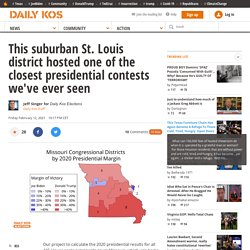 Untitled. Before even making it to a debate stage, the candidates vying for Missouri’s 2nd congressional district are trading jabs — over debates. 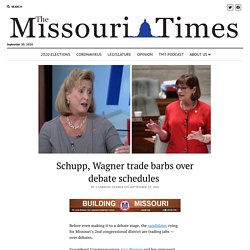 Incumbent Congresswoman Ann Wagner and her opponent, outgoing state Sen. Jill Schupp, butted heads over scheduling a broadcasted debate. The two contenders have agreed to debate — but haven’t come to an agreement over the date or host. “Congresswoman Wagner is interested in the broadest segment of 2nd district voters learning firsthand about the disturbingly out-of-touch voting record Jill Schupp has compiled throughout her 20-year career in elected politics, which is why she accepted a joint debate invitation from two local television stations and the region’s largest radio station,” Kris Cook, Wagner’s campaign manager, said. Untitled. ST. 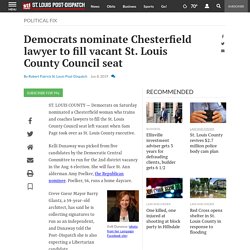 LOUIS COUNTY — Democrats on Saturday nominated a Chesterfield woman who trains and coaches lawyers to fill the St. Louis County Council seat left vacant when Sam Page took over as St. Louis County executive. Kelli Dunaway was picked from five candidates by the Democratic Central Committee to run for the 2nd district vacancy in the Aug. 6 election. She will face St. We're Knocking Down The House! Untitled. Sen. 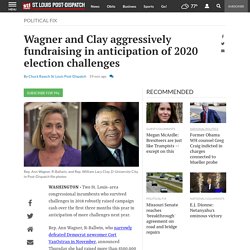 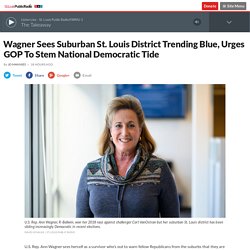 Rep. Wagner Sees Suburban St. Louis District Trending Blue, Urges GOP To Stem National Democratic Tide. CNN House Key Races: Minnesota is the North Star for the Midterms. The four key House races, in particular, are likely to serve as a forecast for the future of both political parties. 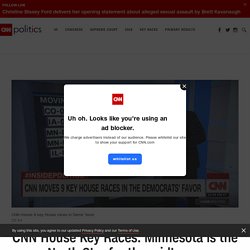 Republicans are playing defense in two suburban/exurban Twin Cities districts -- one where President Donald Trump eked out a win and another where he lost to Hillary Clinton by nine points. Untitled. WASHINGTON • A national Democratic Party organization that helps competitive campaigns with advice and money has added Missouri's 2nd District candidate Cort VanOstran to its "red to blue" list. 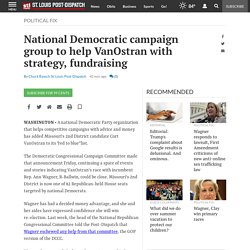 The Democratic Congressional Campaign Committee made that announcement Friday, continuing a spate of events and stories indicating VanOstran's race with incumbent Rep. Ann Wagner, R-Ballwin, could be close. Missouri's 2nd District is now one of 82 Republican-held House seats targeted by national Democrats. Wagner has had a decided money advantage, and she and her aides have expressed confidence she will win re-election. Last week, the head of the National Republican Congressional Committee told the Post-Dispatch that Wagner eschewed any help from that committee, the GOP version of the DCCC. Cort Van Ostran Is Tied with Ann Wagner Right Now in Missouri's 2nd District. MOScout Weekly Poll CD 2. Five Democrats Vie To Challenge Wagner. Untitled. Untitled. Maine Is Trying Out A New Way To Run Elections. But Will It Survive The Night? The man who lives in the Blaine House in Augusta, Maine, was, for many, a sneak preview of the 45th president of the United States. 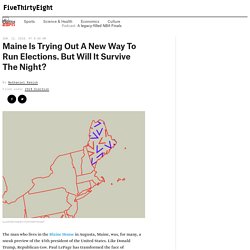 Like Donald Trump, Republican Gov. Paul LePage has transformed the face of government with his politically incorrect brand of conservatism — and he did it despite winning less than a majority of votes. LePage won a seven-way Republican primary for governor in 2010 with 37 percent of the vote, and he beat a Democrat and three independents in the general with just 38 percent. Candidates Who Signed Up to Battle Donald Trump Must Get Past the Democratic Party First. In the wake of the 2016 election, a group of despairing Democrats in Lancaster, Pennsylvania, formed a new political group to ensure that they would never be out-organized locally again. 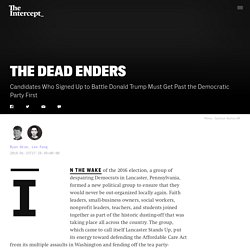 Faith leaders, small-business owners, social workers, nonprofit leaders, teachers, and students joined together as part of the historic dusting-off that was taking place all across the country. The group, which came to call itself Lancaster Stands Up, put its energy toward defending the Affordable Care Act from its multiple assaults in Washington and fending off the tea party-dominated state legislature in Harrisburg. The group’s town halls and protests began to draw eye-popping numbers of people and even attracted national attention. With their newfound confidence, Lancaster progressives looked toward local and federal elections. John Messmer for Congress - Accueil. 15-Point Plan - John Messmer for Congress. Talk is cheap. 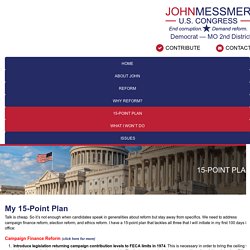 So it’s not enough when candidates speak in generalities about reform but stay away from specifics. We need to address campaign finance reform, election reform, and ethics reform. With hopes of 'wave election,' Democrats lining up to take on Rep. Ann Wagner. By most standard political metrics, U.S. Rep. Ann Wagner, R-Ballwin, should be able to safely count on re-election to a fourth term in November. But at least four Democrats are banking on this not being a standard political year, with a historically unpopular Republican president, an even less popular Republican Congress — and Wagner tied to both. “If this is a wave election, any Republican in a suburban district is going to be wary of the possibility of losing their job,” says political science professor Dave Robertson of the University of Missouri at St.