Les 9 meilleures images de Entrepreneuriat : je me lance ! en 2021. How Marie Kondo Created a Decluttering Empire. Whether or not you know it, Marie Kondo and her work have had an influence on your life. 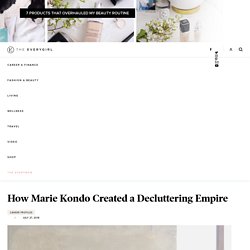 As the founder and creator of the KonMari Method and author of the books The Life-Changing Magic of Tidying Up and Spark Joy, Marie’s passion for tidiness has effectively taught an entire generation (and beyond) to live more minimally and with less clutter. How Old Are Successful Tech Entrepreneurs? Silicon Valley’s tech workers can go to great lengths to appear youthful—from having plastic surgery and hair transplants, to lurking in the parking lots of hip tech companies to see how the young and promising dress, as chronicled a few years ago by the New Republic. 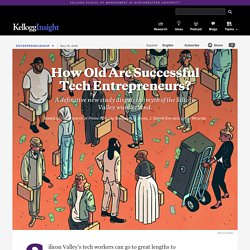 While this may seem extreme, there is clearly a bias among many in the tech sector toward the young. Take Mark Zuckerberg’s statement that “young people are just smarter,” or the $100,000 fellowships that PayPal cofounder Peter Thiel hands out each year to bright entrepreneurs—provided that they are under 23. “There’s this idea that young people are just more likely to have more valuable ideas,” says Benjamin Jones, a professor of strategy at the Kellogg School.

But is this notion accurate? “If you look at age and great achievement in the sciences in general, it doesn’t peak in the twenties,” he says. In a new study, Jones, along with Javier Miranda of the U.S. Older vs. Mashable. Portrait d'entrepreneurs : Pretty Mercerie — Hello Nobo. Quand avez-vous lancé votre marque ? 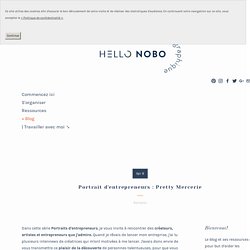 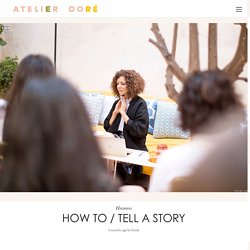 Tata Harper (@tataharper) Yes, You Can Start a Business and Have a Baby at the Same Time. 12 Millennial Women On Earning Money Through A Side Hustle. Money is a feminist issue — and yet, women are still reluctant to talk about it. 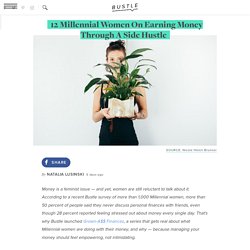 According to a recent Bustle survey of more than 1,000 Millennial women, more than 50 percent of people said they never discuss personal finances with friends, even though 28 percent reported feeling stressed out about money every single day. That's why Bustle launched Grown-A$$ Finances, a series that gets real about what Millennial women are doing with their money, and why — because managing your money should feel empowering, not intimidating. A lot of people have side jobs in addition to their full-time ones, and there's even a #sidehustle hashtag on Twitter. Because, truth be told, oftentimes, one job is not enough — whether you need the extra money to pay off student loan debt or to put towards your emergency or vacation fund. Exactly! Confidence Tips: 6 Steps to Self-Assurance From Dr. Phil. How to Build Your Network.

If you were to ask your colleagues, “Who was Paul Revere?” 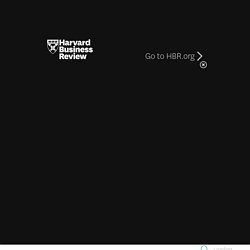 Most would probably know the answer. He was, after all, immortalized in the Longfellow poem that begins, “Listen, my children, and you shall hear of the midnight ride of Paul Revere.” Yet how many of your colleagues, students of American history aside, would be familiar with William Dawes? Both men rode on horseback from Boston on the night of April 18, 1775. Both sounded the alarm that the Revolutionary War had begun.

Learn to Love Networking. Why Creating a Meaningful Morning Routine Will Make You More Successful. For the majority of my child and adult life I never considered myself a “morning person.” 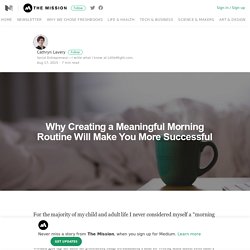 I was a night owl. During my architecture school career I worked late through the night and slept in the mornings. When I started working at an Architecture firm, I conformed to getting up at 7am… but I didn’t enjoy it. I would get up as late as possible, skip breakfast, rush to work, and then feel like I was trying to catch up the rest of the day.

This type of routine will take its toll on your physical and mental well-being and majorly impact your productivity. How to launch a dream business while working full time, by the women who did it. Zone de confort : osez en sortir. Lessons From Six Months as a Freelance Travel Writer. The end of March marked my sixth month as a freelancer travel writer. 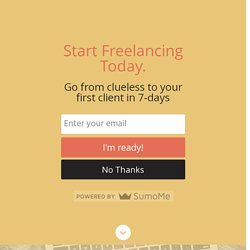 I’ve finally hit a good groove with the whole shebang and it’s nice to see things coming together. Before I quit my job and dived right into working for myself, I told myself over and over again that it wouldn’t be a walk in the park. Nataporter_mystorysofar sur Instagram. BOSS Network - In Photos: Top 10 Entrepreneurial Websites For Women. Wanderful World - For creative freelancers who love to travel. Entrepreneurship.