The City of London - Money and Power 1 of 2 - BBC Documentary. Bank Of England. The Fed is running out of options to stave off a coronavirus depression. These are troubling times for the US Federal Reserve. 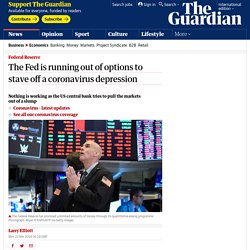 The US central bank is trying everything it knows to pull the financial markets out of their tailspin but nothing seems to work. Before Wall Street opened the Fed announced that its new plan was to provide infinite amounts of money through its quantitative easing programme. The response of traders was to shrug and carry on selling. In truth, though, this was little more than a massive holding operation. Bank of England to finance UK government Covid-19 crisis spending.

The Treasury has announced it is to extend its overdraft facility at the Bank of England in a fresh sign of the mounting financial pressure on the government caused by the Covid-19 enforced lockdown of the economy. 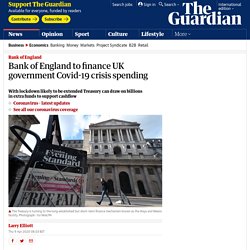 Amid growing speculation that the quarantining will be extended next week, the Treasury said it needed extra firepower to support its cashflow and to ensure financial markets ran smoothly. The Treasury has a long-established overdraft facility at the Bank through the Ways and Means facility. It currently stands at £400m but at times of crisis the chancellor can draw on it as a source of cash, and during the 2008 recession it rose to £19.8bn. In a joint statement, the Treasury and the Bank said they had agreed to extend the use of the Ways and Means facility. “Any use of the W&M facility will be temporary and short term. Trough to peak - How high will unemployment in America go? Editor’s note: The Economist is making some of its most important coverage of the covid-19 pandemic freely available to readers of The Economist Today, our daily newsletter. 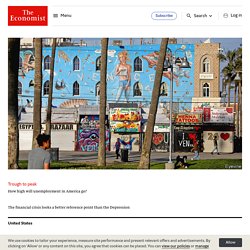 To receive it, register here. For more coverage, see our coronavirus hub IN AUGUST 2005 the unemployment rate in Louisiana was 5.4%, close to its all-time low. Then Hurricane Katrina hit. The storm destroyed some firms, while others were forced to close permanently. Sunday night special - The Federal Reserve acts again, as market turmoil continues. Editor’s note (March 16th): This article has been updated to include American stockmarket falls. 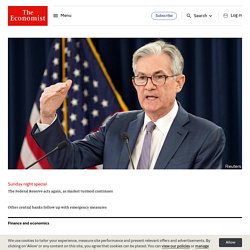 Central banks are not known for their spontaneity. They do not tear up their calendars lightly. And when they do, it is not usually a good sign. Both the Bank of Japan and America’s Federal Reserve were scheduled to hold policy meetings later this week. Thomas Piketty Goes Global  Speaking in 1918, with Europe ravaged by the horrors of modern warfare and Russia in the hands of the Bolsheviks, Irving Fisher warned his colleagues at the annual meeting of the American Economic Association of “a great peril.” 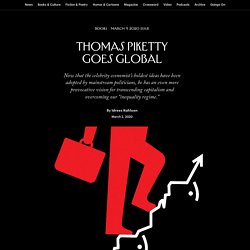 That peril, which risked “perverting the democracy for which we have just been fighting,” was extreme inequality. “We may be sure that there will be a bitter struggle over the distribution of wealth,” Fisher, perhaps the most celebrated economist of his day, maintained. More than a century later—at another annual meeting of the American Economic Association—the spectre once more loomed over the discipline. “American capitalism and democracy are not working for people without a college degree,” Anne Case, an economist at Princeton, declared in January, as she flipped through slides in a large, windowless conference room. Federal Reserve cuts interest rate half a percentage point, largest cut since the financial crisis. BBC World Service - Witness History, The Collapse of Northern Rock. Janet Yellen on Monetary Policy. 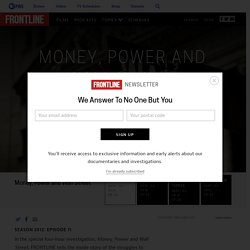 2008 Financial Crisis Timeline: Critical Events. On March 7, the Fed announced that its Term Auction Facility program would release $50 billion on March 10 and again on March 24. 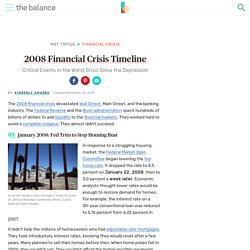 That provided 28-day loans to banks who didn’t want other banks to know they needed to use the Fed's discount window. They didn't want other banks to know they held a lot of subprime mortgage debt on their books. The Fed Chair realized the Fed needed to take aggressive action. It had to prevent a more serious recession. Falling oil prices meant the Fed was not concerned about inflation. The Board also initiated a series of term repurchase transactions. On March 11, the Fed announced it would lend $200 billion in Treasury notes to bail out bond dealers. No one knew who had the bad debt or how much was out there. Fed Funds Rate History: Chart With Major Events. There were times in history when the nation's benchmark interest rate was well above this sweet spot to curb runaway inflation. 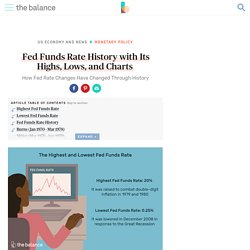 Between 2008 and 2015, it was well below the target to stimulate economic growth. Once you see how the Fed changed the fed funds rate, you will understand how it managed both inflation and recession. Highest Fed Funds Rate The fed funds rate reached a high of 20.0% in 1979 and 1980 to combat double-digit inflation. The inflation rate rose after March 1973 when President Richard Nixon disengaged the dollar from the gold standard.5 Inflation almost tripled from 4.6% to 12.3% in December 1974.6 The Fed doubled interest rates from 5.75% to a high of 11.0% (see tables below).

These sudden changes, known as “stop-go” monetary policy, was not sustained enough to either end inflation or spur growth. In 1979, Federal Reserve chair Paul Volcker ended the Fed's stop-go policy.9 He raised rates and kept them there to finally end inflation. Key Differences Between Deflation and Disinflation. While the two terms sound very similar, deflation and disinflation refer to two very different conditions with respect to the direction and change of general price levels in the U.S. economy. 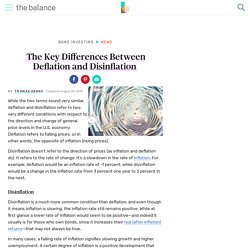 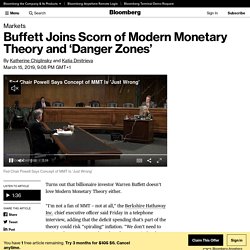 “I’m not a fan of MMT -- not at all,” the Berkshire Hathaway Inc. chief executive officer said Friday in a telephone interview, adding that the deficit spending that’s part of the theory could risk “spiraling” inflation. “We don’t need to get into danger zones, and we don’t know precisely where they are.” Buffett joins critics including Federal Reserve Chairman Jerome Powell, former U.S. Treasury Secretary Larry Summers, BlackRock Inc. CEO Larry Fink and DoubleLine Capital’s Jeffrey Gundlach, who called MMT “complete nonsense” that’s being used to justify a “massive socialist program.” The main argument of MMT is that any country that prints its own currency can’t go broke, so a country like the U.S. has a lot more room to deficit spend than normally thought, especially given low interest rates. Read a QuickTake on how Modern Monetary Theory lets politicians think big. The role of the Bank of England - Part 7: How the Bank Works. The role of the Bank of England - Part 6: Keeping Confidence.

It was 1 October 2008. 2015DT 01. Bank of England governor: What does the job involve? The government has appointed Mark Carney, the head of the Canadian central bank, as the new governor of the Bank of England. The surprise appointment has been widely praised as an impressive candidate, with Chancellor George Osborne calling him "the outstanding central banker of his generation". Bank of England. Great Depression Timeline: 1929 - 1941. June 17: Hoover signed the Smoot-Hawley Tariff Act, which raised taxes on 900 imports. It originally was supposed to help farmers but ended up imposing tariffs on hundreds of other products. Other countries retaliated, setting off a trade war. As a result, international trade began to collapse. Of course Trump hates central bankers – they tell the truth. Central bank independence is the denim jeans of economic ideas – not fresh but still about as fashionable as economic policy gets.

For a quarter of a century, more or less everyone has agreed that central banks should be operationally independent of government. Independent central bankers are better placed than politicians to set the interest rates the economy needs. The latter face the “time inconsistency” problem: they want to cut rates to make us happy today – before an election, for example – even though it will damage the economy tomorrow. But that isn’t the only benefit of central bank independence – an often neglected one is that they also tell us the truth.

Regular independent forecasts encourage government to be realistic about what the future might bring. Bank of England. QE, inflation and the BoE's unreliable boyfriend: seven years of record low rates. Seven years ago on Saturday (5 March), the Bank of England slashed interest rates to a record low of 0.5%. What Will Cause The Next Recession - Joseph Stiglitz On Trump's Protectionism. Predatory Lending: Last Week Tonight with John Oliver (HBO) (14) Best Documentary of the Housing Market Crash (of 2019?) (14) The Crash Course - Chapter 10 - Quantitative Easing. (14) Quantitative Easing - How It Works. 2008 Financial Crisis Timeline: Critical Events. Fannie Mae vs. Freddie Mac: Similarities, Differences. Fannie Mae and Freddie Mac Similarities Fannie Mae, Freddie Mac, and the Federal Home Loan Bank system made housing affordable for most Americans for decades.

But they functioned as government-sponsored entities. Inside the Bank of England. Inside the Bank of England. (14) The role of the Bank of England - Part 1: Money. (14) Stephen Fry's Key to the City - Exploring the Mysteries of the City of London. The Bank That Almost Broke Britain - BBC HD. 2019: The year the Federal Reserve admitted it was wrong. A legacy of the financial crisis? The makings of the next one. The Real Cost of the 2008 Financial Crisis. COLUMN-Bank of England governors are too powerful for their own good. Quantitative easing. Expansionary monetary policy to stimulate the economy typically involves the central bank buying short-term government bonds to lower short-term market interest rates. However, when short-term interest rates approach or reach zero, this method can no longer work (a situation known as a liquidity trap).

Tough market abuse rules should cover currency markets - BoE's Carney. Trump and the Fed. Donald Trump has thrown more than one curve ball since becoming President, but his looming choice to run the Federal Reserve Board could be his biggest bender to date. (14) What is the Yield Curve, and Why is it Flattening? (14) The Crisis of Credit Visualized - HD. (14) Banking Explained – Money and Credit. (14) What's all the Yellen About? Monetary Policy and the Federal Reserve: Crash Course Economics #10. (14) Central Banks Unlikely to Bail Out Markets If Trade War Worsens: JPM. (14) Nomi Prins: "Collusion: How Central Bankers Rigged the World" (14) What is the purpose of the central banks? (May 2013) (14) Should central banks be independent? Judy Shelton: Forget ‘hawks’ and ‘doves’ at the Fed. We need to ensure a level international monetary playing field. The Trump economy vs. the Obama economy in 15 charts.

Crash course - The origins of the financial crisis. THE collapse of Lehman Brothers, a sprawling global bank, in September 2008 almost brought down the world’s financial system. It took huge taxpayer-financed bail-outs to shore up the industry. Even so, the ensuing credit crunch turned what was already a nasty downturn into the worst recession in 80 years. Massive monetary and fiscal stimulus prevented a buddy-can-you-spare-a-dime depression, but the recovery remains feeble compared with previous post-war upturns. GDP is still below its pre-crisis peak in many rich countries, especially in Europe, where the financial crisis has evolved into the euro crisis. The Financial Crisis: The FRONTLINE Interviews. Inside the Meltdown. Use one of the services below to sign in to PBS: You've just tried to add this video to your Watchlist so you can watch it later.