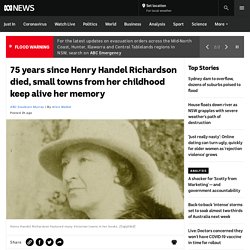 Key points: Henry Handel Richardson wrote The Getting of Wisdom (1910) and The Fortunes of Richard Mahony trilogy (1917-1929)As a child, she moved between Melbourne, the UK, and the Victorian towns of Chiltern, Queenscliff, Koroit and MaldonShe spent most of her life in Europe, but her connection to Victoria is a drawcard for tourism Considered one of Australia's first celebrated female authors, Richardson left Australia soon after she graduated from the boarding school she later portrayed in The Getting of Wisdom.

Paul Jennings is one of Australia's most beloved children's authors. His own father couldn't see it - ABC News. Paul Jennings was 11 years old when he first thought about bashing his father over the head with a hammer. 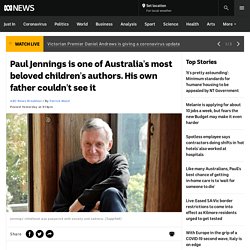 The thought terrified him at the time. He wondered if he was insane. He worried that if anyone found out about those intrusive, insistent thoughts he would be taken to an asylum. New comic book The Grot is a timely quarantine read imagining Australian life in a climate-ravaged world - ABC News. Recycling scrap metal into riveting works of art. China's Social Credit System is pegged to be fully operational by 2020 — but what will it look like? - China power.

Updated 2 Jan 2020, 4:33amThu 2 Jan 2020, 4:33am 阅读中文版本 Beijing is amassing a colossal amount of individual and company data as part of its ambitious plans to build a national Social Credit System pegged to be fully operational by 2020. 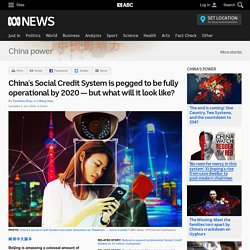 Key points: A Social Credit System law is expected to be introduced in coming yearsLocalised scoring systems are being trialled by designated 'demonstration cities'The vastness of China means it could take years for the system to be fully implemented The data-driven system, which has been widely condemned as "Orwellian" and often compared to a Black Mirror episode, is designed to monitor and engineer better individual and business behaviour by awarding the trustworthy and punishing the disobedient. 1984 pointed to a dark future — but Brave New World and Network were even more prescient. 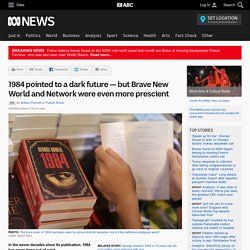 It shot back to the top of the New York Times bestseller list in the three months following Donald Trump's election. George Orwell's name has become synonymous with some of our darkest fears. His warning about the way in which language can be corrupted and weaponised seems as pertinent today as it ever has. But he wasn't the only 20th-century writer of prescient dystopian fiction. Good Omens: Where it got its apocalyptic inspiration, from the Antichrist to Armageddon. Updated about 2 hours agoThu 4 Jul 2019, 12:07am It's a fictional book written by a witch in the 17th century that drives the plot of Good Omens, but it's a very real and controversial book that provides much of the new TV show's apocalyptic inspiration. 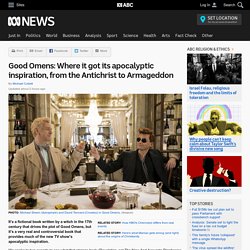 We spoke to two experts to see what that strange book (Revelation, not The Nice And Accurate Prophecies Of Agnes Nutter) is really about. What does Good Omens have to do with Revelation? The new Amazon miniseries, based on the 1990 novel of the same name by Neil Gaiman and the late Terry Pratchett, is about the unlikely friendship between the demon Crowley (David Tennant) and the angel Aziraphale (Michael Sheen), their meddling in the background of world events throughout history, and their joint effort to avert the apocalypse.

Queensland's happiest trolley collector pays it forward to thank Australia. Posted Tue at 6:04amTue 28 May 2019, 6:04am Each day in a carpark in Brisbane's north, a tall African man can be seen smiling from ear to ear. 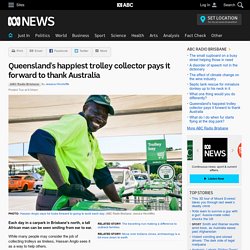 Mystery Digest - Two Minute Mysteries. The Natural Way of Things named book of the year by University of Canberra, which gives free copies to students. Posted about 2 hours agoFri 3 May 2019, 9:13pm In 2019, every incoming student and staff member at the University of Canberra will be given a copy of Charlotte Wood's dystopian thriller The Natural Way of Things, as "required reading". 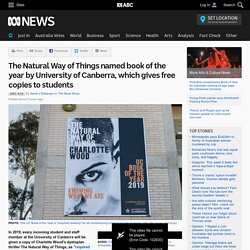 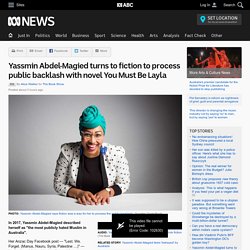 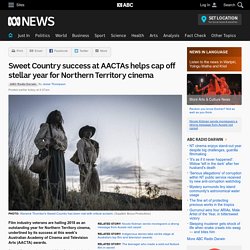 Sweet Country, shot around Alice Springs by local director Warwick Thornton, cleaned up at the nation's film industry awards, taking out six honours including best film. Read more about the awards and the full list of winners here. The top prizes for television and documentary film also went to projects closely tied to the Territory. Markus Zusak's follow-up to The Book Thief, Bridge of Clay, was 13 years in the making. Updated 9 minutes agoMon 3 Dec 2018, 9:47pm Author Markus Zusak has been doing some sums. 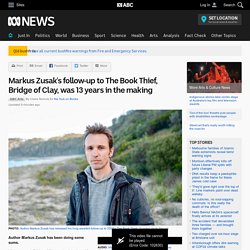 His new novel, Bridge of Clay, took a laborious 13 years to write. Oroonoko by Aphra Behn, arguably world's first English novel, on display at National Library. Posted about 6 hours agoWed 14 Nov 2018, 9:30pm In the ever-expanding literary universe, Oroonoko is like the big bang. The novel was published in 1688 and is regarded by many historians as the world's oldest English novel. But its author, Aphra Behn, was also a trailblazer and the first known female professional writer. Starting a literary renaissance.

Lockie Leonard Human Torpedo - Tim Winton. The Hunger Games - Suzanne Collins. New anthology addresses dearth of diverse voices in Australia's Young Adult literature. How to Plot a Novel (Using our Easy Plot Template) - Jericho Writers. Emily Brontë bicentenary: From Wuthering Heights to weirdo loner, the biggest myths debunked. Updated On the release of Emily Brontë's Wuthering Heights in 1847, James Lorimer had this to say in The Spectator: "Here all the faults of Jane Eyre (by Charlotte Brontë) are magnified a thousandfold, and the only consolation which we have in reflecting upon it is that it will never be generally read. " Could cli-fi help inspire real climate change action? - Arts & Culture News - ABC News.