Monkeys in Thai city fight for food amid slowing tourism. The coronavirus could be behind a vicious gang war — between rival groups of monkeys in the streets of Thailand. 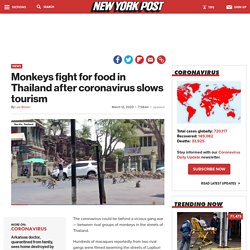 Hundreds of macaques reportedly from two rival gangs were filmed swarming the streets of Lopburi then savagely battling each other for a single banana. The monkeys are usually well-fed thanks to the tourists who flood the city in central Thailand — but are going hungry because of the drastic drop in visitors to the Asian nation because of COVID-19 fears. “I think the monkeys were very, very hungry,” onlooker Sasaluk Rattanachai, who filmed the fight, told DailyMail.com. “There’s normally a lot of tourists here to feed the monkeys but now there are not as many, because of the coronavirus.” Rattanachai said they “looked more like wild dogs than monkeys.” “They went crazy for a single piece of food. The city’s monkeys swear allegiance to two different gangs — temple monkeys and city monkeys, according to the Bangkok Post.

: India's pandemic lockdown turns into a human tragedy. Image copyright Getty Images When I spoke to him on the phone, he had just returned home to his village in the northern state of Rajasthan from neighbouring Gujarat, where he worked as a mason. 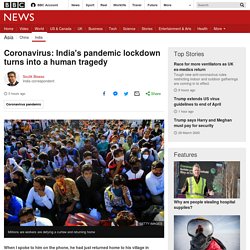 In the rising heat, Goutam Lal Meena had walked on macadam in his sandals. He said he had survived on water and biscuits. In Gujarat, Mr Meena earned up to 400 rupees ($5.34; £4.29) a day and sent most of his earnings home. Work and wages dried up after India declared a 21-day lockdown with four hours notice on the midnight of 24 March to prevent the spread of coronavirus. "I walked through the day and I walked through the night.

He was not alone. These informal workers are the backbone of the big city economy, constructing houses, cooking food, serving in eateries, delivering takeaways, cutting hair in salons, making automobiles, plumbing toilets and delivering newspapers, among other things. Last week's lockdown turned them into refugees overnight. He was not exaggerating. Californie : ma vie dans 3m² -teenager-death-california-health-insurance-care-emergency-room-covid-19-a9429946. Updated: A 17-year-old whose death was initially linked to the novel coronavirus despite not having any previously reported health conditions was denied treatment at a California medical facility over his lack of insurance, according to the mayor. 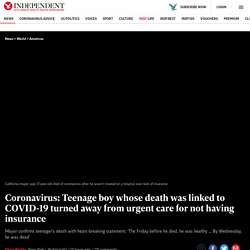 R Rex Parris, the mayor of Lancaster, California, confirmed the teen’s death in a video posted to YouTube on Wednesday, in which he warned residents to take the global pandemic seriously and practice self-isolation and social distancing measures. “The Friday before he died, he was healthy,” the mayor said about the teenager. “By Wednesday, he was dead.” Download the new Independent Premium app Sharing the full story, not just the headlines The mayor said the teen “didn’t have insurance, so they did not treat him” when he arrived at an urgent care facility in the area. “En route to AV Hospital, he went into cardiac arrest,” the mayor said. One resident physician from Mount Sinai in New York City issued a stark warning during a Thursday interview. En plein confinement, des Etats américains suspendent les IVG. 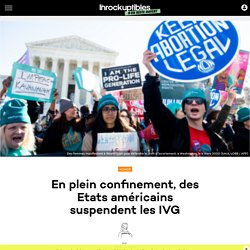