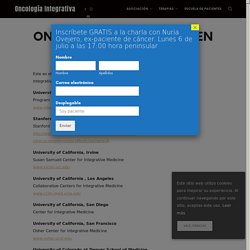 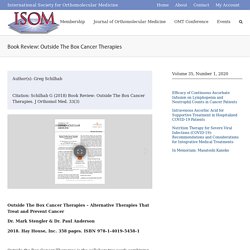 Research group. Jane McLelland Off Label Drugs for Cancer. Log into Facebook. Use of Off-Label Drugs and Supplements in Cancer in 2020 - Integrative Oncology Essentials. Foundation for Alternative and Integrative Medicine. Jane qualified as a Chartered Physiotherapist, gaining a distinction in her exams and winning the Sarah Leeson Memorial Award for the most promising student. 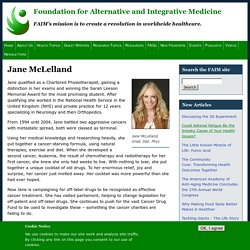 After qualifying she worked in the National Health Service in the United Kingdom (NHS) and private practice for 12 years specializing in Neurology and then Orthopedics. From 1994 until 2004, Jane battled two aggressive cancers with metastatic spread, both were classed as terminal. Using her medical knowledge and researching heavily, she put together a cancer-starving formula, using natural therapies, exercise and diet. When she developed a second cancer, leukemia, the result of chemotherapy and radiotherapy for her first cancer, she knew she only had weeks to live. With nothing to lose, she put together a unique cocktail of old drugs. 45 suplementos y medicamentos contra el cáncer. 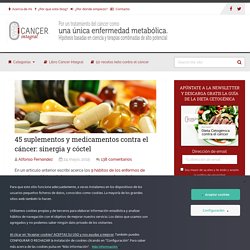 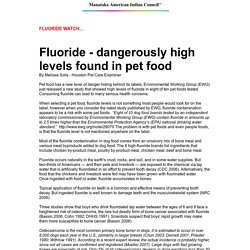 Environmental Working Group (EWG) just released a new study that showed high levels of fluoride in eight of ten pet foods tested. Consuming fluoride can lead to many serious health concerns. When selecting a pet food, fluoride levels is not something most people would look for on the label, however when you consider the latest study published by EWG, fluoride contamination appears to be a risk with some pet foods. Dog Food Comparison Shows High Fluoride Levels. Fluoride in naturally or artificially fluoridated water has been linked with osteosarcoma in young boys and teenagers less than 20 years of age (NRC 2006). 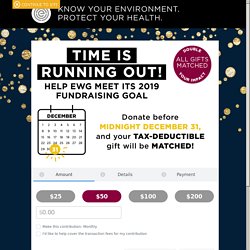 Osteosarcoma accounts for about 3% of all childhood cancers, and occurs with an incidence of 0.3 cases per 100,000, more commonly in boys than in girls (NRC 2006). While rare, this cancer is deadly – the 5-year mortality rate is around 50%, and nearly all survivors have limbs amputated, usually legs. Similar to young boys, dogs are well known to be at risk from osteosarcoma (Ru 1998). Osteosarcoma is the most common primary bone tumor in dogs; it is estimated to occur in over 8,000 dogs each year in the U.S., primarily in larger breeds (Chun 2003; Dernell 2001; Priester 1980; Withrow 1991). According to a recent expert review, the actual incidence is probably higher, since not all cases are confirmed and registered (Mueller 2007).

Scientists are still trying to understand the full spectrum of causes for canine osteosarcoma. Canine Lymphoma Treatment Cost - Canine Lymphoma. Obviously, the cost of treating a dog with Canine Lymphoma will vary significantly depending on the severity of the cancer and the types of treatment used. 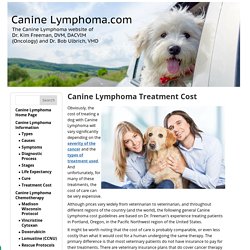 And unfortunately, for many of these treatments, the cost of care can be very expensive. Although prices vary widely from veterinarian to veterinarian, and throughout different regions of the country (and the world), the following general Canine Lymphoma cost guidelines are based on Dr. Freeman’s experience treating patients in Portland, Oregon, in the Pacific Northwest region of the United States. It might be worth noting that the cost of care is probably comparable, or even less costly than what it would cost for a human undergoing the same therapy. The primary difference is that most veterinary patients do not have insurance to pay for their treatments. 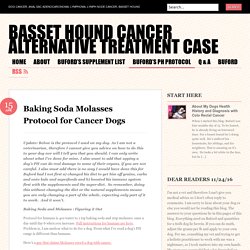 As I am not a veterinarian, therefore I cannot give you advice on how to do this to your dog nor will I tell you that you should. I can only write about what I’ve done for mine. I also want to add that upping a dog’s PH can do real damage to some of their organs, if you are not careful. Miraculous Effect of Specific Ketogenic Diet (SKD) Plus Intravenous Ozone Therapy (IOT) and Hyperbaric Oxygen Therapy (HBO2T) in the Treatment of Several Cancer Types in Human Models [Introducing Sorush Cancer Treatment Protocol (SCTP.

What’s the Truth behind The Truth About Pet Cancer? Editor’s note: With Clay Jones being unavoidably prevented from his usual slot, we instead offer a post by Brennen McKenzie for your enjoyment! 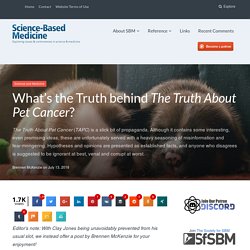 The Truth About Pet Cancer (TAPC) is a slick bit of propaganda. Although it contains some interesting, even promising ideas, these are unfortunately served with a heavy seasoning of misinformation and fear-mongering. Hypotheses and opinions are presented as established facts, and anyone who disagrees is implied to be ignorant at best, venal and corrupt at worst. It would have been possible to make a substantive, accurate, and very interesting documentary about some of these topics, from ketogenic diets to the epidemiology of cancer in pets. The reason The Truth About Pet Cancer isn’t such a film, and isn’t especially concerned with the truth, likely has to do with the biases and agendas of the participants, which I have already discussed elsewhere. The Past, Present, and Future of Cancer Incidence in the United States: 1975 Through 2020. Recomendaciones nutricionales en el paciente oncohematológico. 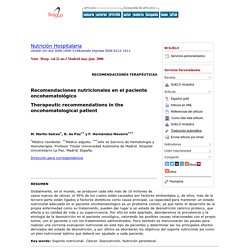 We studied the oxidative stress (OS) pattern of our patients with BWS and administered, for the first time, potassium ascorbate with ribose (PAR) once a day as long-term therapy in order to correct the effects induced by free radicals. Beckwith-Wiedemann syndrome (BWS) is a genomic imprinting disorder, with a frequency of 1 case per 13,700 births, characterized by overgrowth and increased risk of malignancy, first described by Beckwith in 1963 and subsequently by Wiedemann in 1964. Clinical guide. Serum 25‐hydroxyvitamin D concentrations in dogs – correlation with health and cancer risk - Selting - 2016 - Veterinary and Comparative Oncology. Integrative Cancer Therapies: SAGE Journals.

Micronutrients in Oncological Intervention. - PubMed - NCBI. Using Antioxidants with Cancer Therapies. Use of Antioxidants During Chemotherapy and Radiotherapy Should Be Avoided - D'Andrea - 2005 - CA: A Cancer Journal for Clinicians. The Great Debate: Using Antioxidants During Chemotherapy. By Keith I. Alternative Cancer Therapies? Get Expert Advice First! Paul Rana, The RANA System, Cesium Chloride Research - Cesium chloride therapy. Dr. Sartori and Cesium Therapy. Blog de Terapia Metabólica. KetoPet eBook 2019. Complementary and Alternative Medicine Use in Australia: A National Population-Based Survey. Objective: To investigate the use of and expenditure on 17 of the most popular forms of complementary and alternative medicine (CAM) by adult Australians, sociodemographic characteristics of CAM users, and communication between CAM users and their doctors.

Methods: In May–June 2005, a sample of 1067 adults, 18 years and older, from all Australian states and territories, was recruited by random-digit telephone dialing and interviewed about their CAM use in the previous 12 months. Results: In the 12-month period, 68.9% (95% CI: 66.1%–71.7%) of those interviewed used at least one of the 17 forms of CAM and 44.1% (95% confidence interval: 41.1%–47.1%) visited a CAM practitioner. Complementary and alternative medicine use among adults: United States, 2002. Use of complementary and alternative medicine in cancer patients: a European survey. Psychosomatic Factors in the Process of Cancerogenesis Theoretical Models and Empirical Results - Abstract - Psychotherapy and Psychosomatics 1982, Vol. 38, No. 1-4.

Do stress-related psychosocial factors contribute to cancer incidence and survival? The Damaging Effects of Spaying and Neutering on Dogs. Scientific Articles about Ketogenic Diet for Cancer, Epilepsy, and Disease – KetoPet. Keto Diet Calculator – KetoPet. Resources. The Cancer Alternative Foundation - Contact Us. Is Cimetidine (Tagamet) a Better Cure for Cancer? CancerHerbs+More. The Cancer Alternative Foundation - Contact Us.