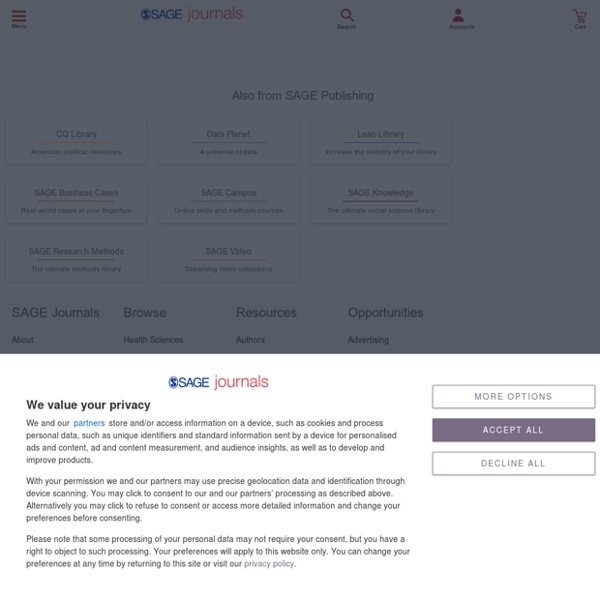 — Code of Federal Regulations Electronic Code of Federal Regulations Title 45: Public Welfare Contents Subpart A—Basic HHS Policy for Protection of Human Research Subjects §46.101 To what does this policy apply? America has silently accepted the rage of white men In fact, America has been here 273 times in 2017 alone, according to the Gun Violence Archive, which compiles deaths and injuries from shooting incidents and defines a mass shooting as any incident where four or more people are wounded or killed. According to their tally, there have also been 11,698 deaths as a result of gun violence so far this year. Between 2001 and 2014, 440,095 deaths by firearms occurred on US soil, while deaths by terrorism during those years numbered 3,412. Today, America faces approximately one mass shooting per day on average.

The Role of Leadership in a Digitalized World: A Review Introduction The findings of the latest Eurobarometer survey show the majority of respondents think digitalization has a positive impact on the economy (75 percent), quality of life (67 percent), and society (64 percent) (European Commission, 2017). Indeed, people's daily lives and businesses have been highly transformed by digital technologies in the last years. Digitalization allowed to connect more than 8 billion devices worldwide (World Economic Forum, 2018), modified information value and management, and started to change the nature of organizations, their boundaries, work processes, and relationships (Davenport and Harris, 2007; Lorenz et al., 2015; Vidgen et al., 2017). Digital transformation refers to the adoption of a portfolio of technologies that, at varying degrees, have been employed by the majority of firms: Internet (IoT), digital platforms, social media, Artificial Intelligence (AI), Machine Learning (ML), and Big Data (Harvard Business Review Analytic Services, 2017).

Blogging as an Open Scholarship Practice In most of my work, I strive for openness and transparency as an open researcher and educator. My purpose in this is to explore and play with possible new opportunities for scholarship in digital contexts. I’ve written in the past about how (and why) to become a digitally agile researcher. I’ve also written about how to bring some of these practices into your classroom as an educator. COVID-19 risks to global food security Farm workers using the H-2A temporary agricultural worker visa maintain safe distance on 27 April 2020 in Greenfield, California. As the COVID-19 pandemic progresses, trade-offs have emerged between the need to contain the virus and to avoid disastrous economic and food security crises that hurt the world's poor and hungry most. Although no major food shortages have emerged as yet, agricultural and food markets are facing disruptions because of labor shortages created by restrictions on movements of people and shifts in food demand resulting from closures of restaurants and schools as well as from income losses. Export restrictions imposed by some countries have disrupted trade flows for staple foods such as wheat and rice. The pandemic is affecting all four pillars of food security (1): availability (is the supply of food adequate?), access (can people obtain the food they need?)

My IRB Nightmare - LessWrong 2.0 [Epistemic status: Pieced together from memory years after the event. I may have mis-remembered some things or gotten them in the wrong order. Aside from that – and the obvious jokes – this is all true. I’m being deliberately vague in places because I don’t want to condemn anything specific without being able to prove anything.] September 2014 When we talk about mass shootings, we're talking about white men President Trump is notorious for connecting acts of violence to race and faith, often blaming Muslims and people of color whenever tragedy plays out across the world. That default response, however, tripped up both the president and other elected officials this week, after a 64-year-old white male U.S. citizen allegedly opened fire on a crowded concert in Las Vegas, Nevada late Sunday evening, killing at least 59 people injuring more than 500. The incident horrified much of the country and left the people of Las Vegas grieving and searching for answers. Much of the coverage following the tragedy centered on the identity of the alleged attacker, Stephen Paddock, with many commentators remarking on his supposedly unique profile: a quiet, lone white man whose family and friends were shocked by his actions.

Behavior Change For Nature: A Behavioral Science Toolkit for Practitioners We are fortunate to live in a world filled with both an abundance and diversity of life. Yet the growing scale and impact of human behaviour pose a grave risk to the natural world in irreversible ways. Deforestation, overfishing, ocean plastics, biodiversity loss, and climate change are increasingly threatening the livelihoods, health, and well-being of people as well as the species and places we know and love. Past and current efforts in facing these challenges have tended to rely on a standard toolbox that enacts regulations, provides financial incentives or disincentives, and raises awareness about the dire consequences of our actions. These tools have merit – and are sometimes the most effective approaches we have. But oftentimes enforcement is difficult or ineffectual, payments for conservation outcomes can backfire, and information or education efforts come up against our biases, denial and wishful thinking.

SAGE Journals: Your gateway to world-class journal research Textbooks are useful and ubiquitous teaching and learning resources in education (Behnke, 2018). Commercial textbooks have been frequently criticized for their high prices, which have increased substantially in the past few decades (Blomgren, 2018; Perry, 2015). These prices contribute to the financial cost of education that is shouldered by taxpayers and students. As an alternative to commercial textbooks, open textbooks, which are electronically accessible without charging the user, have been developed (Smith, 2009).