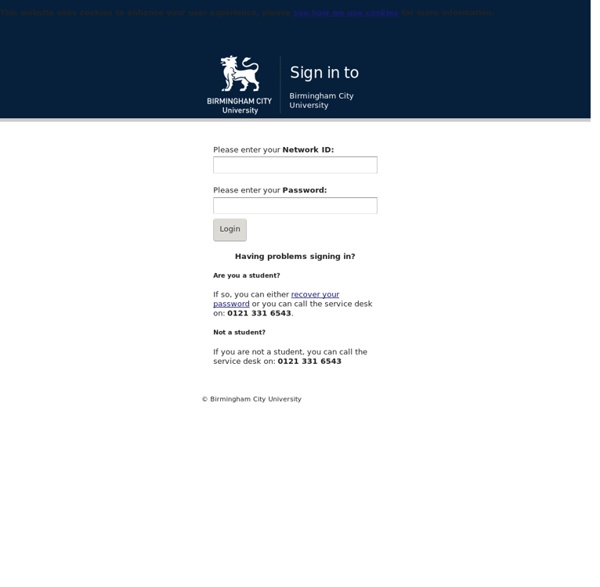 Topshop introduces runway to retail business strategy his fashion month is the season of the ‘shoppable runway’ it seems. With Burberry leading the pack, now high street retailer Topshop is inviting its consumer to shop looks straight from their upcoming S/S17 runway show. Topshop just announced that it will be debuting its Runway-to-Retail strategy globally on the 18th September 2016, providing consumers with the chance to shop a carefully selected edit of Topshop Unique pieces direct from the runway. This consumer decision from Topshop, follows the blueprint of what the luxury world is doing this season too. Back in February, Burberry announced plans to move into super fast fashion territory with their upcoming September show, offering consumers a chance to “physically explore the collections for themselves” right after the show. Consumers will be able to buy the Topshop Unique pieces in store, online and at the brand’s new London Fashion Week show space in East London’s Old Spitalfields Market.

Trends in Japan – Tokyo's latest Lifestyle, Culture and Innovation How Brands Can Take Advantage of Snapchat (Infographic) Sometimes it’s the craziest ideas that take off. A social network where users send and read 140 character messages. An app where users send the message “Yo” to one another. And now we have Snapchat, an app that launched with a simple value proposition. And now that idea has turned into a $10 billion company. If you think Snapchat is still used by a bunch of kids sending pictures to each other, it’s time to reevaluate. It launched features like Discover and Stories, which major brands like General Electric, Acura, Coca-Cola, CNN and National Geographic are using to connect with their fans.There are over 100 million people using it everyday. Now obviously Snapchat isn’t for everyone. But if you’re selling to young consumers and looking for a new way to connect with them, Snapchat might be your new untapped outlet. Today’s infographic outlines the reach of Snapchat, what brands are using it, how they are using it, and some tips for brands that are new to the platform.

Toyota’s Camatte Lab at Tokyo Toy Show 2014 lets you design your own sports car hood Written by: William on June 13, 2014 at 3:28 pm | In LIFESTYLE | No Comments Toyota has once again collaborated with Znug Design to produce another fun Camatte booth for the Tokyo Toy Show. Following the Camatte’s first appearance in the 2012 and 2013 editions of the fair which allowed kids to play around with car panels, now comes a double treat for both design and automobile fans. The Camatte Lab is divided into two zones. The Tech Lab features a Camatte57s without its body panels so you can see how the steering gear and differential gear box work. The Tokyo Toy Show booth features multiple screens so even the driver can see in detail what is going on with the mechanics from every angle. The neighboring Design Lab has a Camatte57s Sport vehicle with special LEDs projecting onto the hood. The system scans the drawing and then projects it onto the car. Toyota bills Camatte as a “customizable, sporty, family-oriented concept” that will “free your imagination”.

Are ‘See Now, Buy Now’ Shows Driving Sales? | Intelligence | BoF LONDON, United Kingdom — The fashion industry’s “see now, buy now” experiment is underway. Over the last few weeks, brands including Tom Ford, Burberry, Tommy Hilfiger and Ralph Lauren staged their first shoppable runway shows, enabling customers to buy their collections immediately after they debut on the catwalk, with the aim to translate the interest and excitement generated by runway shows into sales. BoF spoke to key brands and retailers to gauge the impact of the “see now, buy now” shows in the hours, days and weeks that followed, with some reporting sales spikes immediately after the runway shows. “We had our largest Tom Ford day of the year immediately following his New York show,” revealed Joshua Schulman, president of Bergdorf Goodman and Neiman Marcus Group International. In turn, the new Burberry collection — which showed at London Fashion Week on Monday — sparked “an instant uplift in sales,” according to Michael Kliger, president of MyTheresa.com. Related Articles:

Kwambio 3D design platform lets you create personalized 3D-printed products Sep 1, 2014 3D printing is a hot topic, but If 3D printing is really going to go mainstream, it needs a place where users can choose and modify any design and be able to download and print all the products needed for everyday life. A new platform called Kwambio wants to become such a place. Founded by Volodymyr Usov, Kwambio is a community for people who'd like to create different customizable products (lamps, vases, coat-hangers, etc.) and share them with the world. Designers can come to Kwambio and make money from every creation. Platform users can customize and personalize products with a few clicks of a button. There are five main categories of products on the platform: design, fashion, gadgets, decor and art. It's designed to be a creative community where everyone becomes a creator. For the first few months the platform will be free to use, but eventually users will pay per print.

How Burberry is Operationalising 'See Now, Buy Now' | Intelligence | BoF LONDON, United Kingdom — Burberry will unveil its first ever “see now, buy now” show at London Fashion Week today, heralding a new era for the industry in which fans can get their hands on "seasonless" items immediately after they are presented on the runway. But the new approach has significant implications for production and supply chains, which were out of sync with communications and marketing departments, and all eyes remain on the brand to see how it has executed the changes needed to adapt towards a fashion immediacy model. When the company announced its new consumer-facing concept in February, it was held up as a solution to long-standing problems with the traditional fashion calendar. Fashion shows had long been strictly industry events for press and buyers to preview collections. The innovative concept ignited a new chapter for the global fashion industry. If any brand can make it work though, it is Burberry. Designing Sampling Burberry's latest campaign | Source: Courtesy

Selfridges’ Personalised Haircare Lab | Stylus | Innovation Research & Advisory UK-based haircare brand Concoction has taken up residence at Selfridges’ beauty hall in London with a pop-up ‘bar’ running until August 7, ahead of a permanent position in the store. Taking its cues from cocktail mixology and tapping into the growing trend for customisable products, the brand allows consumers to create personalised haircare recipes in a simple, one-stop process. Visitors to the bar order select ingredients for their own personal blend from Concoction’s ‘ShampYou’ menu. Each shampoo/conditioner consists of four base fragrances, to which they can also add two shots of super-serum (of which there is also a selection) according to individual needs. The addition of the range of serums allows for up to 256 possible combinations, catering to every shade and type of hair. For more on the rise of personalised products in the beauty sector, see Bite’s Custom Lip Lab, NY and Future Beauty: Retail & Marketing 2013.

Kylie Jenner, Anna Ewers, Tyga, Zoe Kravitz Star in Alexander Wang Fall 2016 Ads - Alexander Wang Teases Fall 2016 Campaign on Instagram Update, 10/3: In anticipation for the release of its full campaign, Alexander Wang revealed another video clip via Complex today. The short features the new Wang Squad—artists like Tinashe, Zoe Kravitz, Vince Staples and A$AP Ferg among models including Anna Ewers, Hanne Gaby and Issa Lish—partying up in an L.A. mansion. There are red solo cups, a Chinese food takeout feast, plenty of dancing and even a stripper pole. The clip, filmed by music video vet Director X, is soundtracked to "King Pin" by RL Grime and Big Sean, two of the campaign stars. Advertisement - Continue Reading Below Watch the video below. Another clip was also shared last week on the Wang Squad Instagram: Update, 9/27: Alexander Wang's Fall 2016 campaign literally looks like an epic party, according to a teaser the brand Instagrammed today. As the caption suggests, there's more to come.

3-D printers used to create custom medical implants that deliver drugs, chemo -- ScienceDaily A team of researchers at Louisiana Tech University has developed an innovative method for using affordable, consumer-grade 3D printers and materials to fabricate custom medical implants that can contain antibacterial and chemotherapeutic compounds for targeted drug delivery. The team comprised of doctoral students and research faculty from Louisiana Tech's biomedical engineering and nanosystems engineering programs collaborated to create filament extruders that can make medical-quality 3D printing filaments. Creating these filaments, which have specialized properties for drug delivery, is a new concept that can result in smart drug delivering medical implants or catheters. "After identifying the usefulness of the 3D printers, we realized there was an opportunity for rapid prototyping using this fabrication method," said Jeffery Weisman, a doctoral student in Louisiana Tech's biomedical engineering program. Weisman, who works out of a lab directed by Dr. David K.

L’Oréal on why other brands are using influencers the wrong way L’Oréal Paris has signed up five British beauty bloggers to create content on an ongoing basis as it looks to “craft a different type of relationship” when it comes to working with influencers. The brand’s self-proclaimed ‘beauty squad’, which has a combined reach of 5.5 million, will be revealing the brand’s latest products, creating “fun and engaging” content as well as attend key beauty events including London Fashion Week, Paris Fashion Week and Cannes Film Festival. Speaking to Marketing Week, L’Oréal’s UK general manager Adrien Koskas discusses how the brand is hoping to craft a new relationship working with influencers, how it looks to avoid consumer fatigue and why other brands get it so wrong. What was the strategic thinking behind this move? It was quite natural for us to move in this direction as consumers are really changing the way they interact with brands and are very engaged on social media. It is an ongoing partnership. Absolutely. That’s a fair question.

Instagram Stories Puts the "See Now" In Fashion Week At the beginning of August this summer, Instagram launched "Stories," its Snapchat-like feature that allows for live, un-curated, off-the-cuff updates of every moment of users' lives, which disappear after 24-hours and won’t appear on their profiles. This gave the fashion crowd one month to get a hang of it before the Spring 2017 shows in September, when it was put to the test by influencers, models, editors, and brands — many of whom aren't on Snapchat or have minimal followings. The results were overwhelming, but perhaps in a good way. "If you look at it from the perspective of a 20-year-old student who goes to FIT, who is able to follow along from all these different perspectives — from a casting agent, to a model, to a designer, to a set designer, to PR agencies — you really get to see Fashion Week come to life," said Eva Chen, head of fashion partnerships at Instagram. For the fashion industry in particular, Instagram has become a platform that will make or break you.