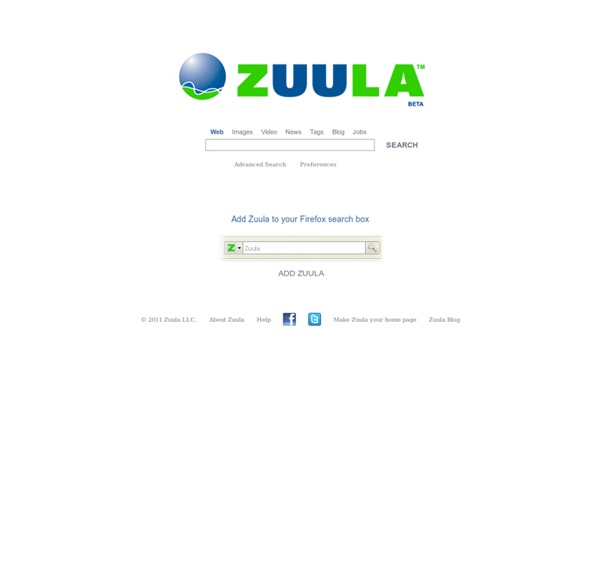 Fill in the fields below to perform an advanced search Site/Domain Only this domain: For example, cnn.com or .edu Safe Search On: filter out adult search results

Use These Secret NSA Google Search Tips to Become Your Own Spy Agency There’s so much data available on the internet that even government cyberspies need a little help now and then to sift through it all. So to assist them, the National Security Agency produced a book to help its spies uncover intelligence hiding on the web. The 643-page tome, called Untangling the Web: A Guide to Internet Research (.pdf), was just released by the NSA following a FOIA request filed in April by MuckRock, a site that charges fees to process public records for activists and others. The book was published by the Center for Digital Content of the National Security Agency, and is filled with advice for using search engines, the Internet Archive and other online tools.

Google's uProxy: A Peer-to-Peer Gateway to Internet Freedom In parts of the world where repressive governments control the Internet with unassailable firewalls, netizens don't see the same web that people in other countries can. Now, Google wants to give people in these countries a tool to circumvent those invisible barriers, and defeat censorship. Called uProxy, it is meant to be an easy-to-use, peer-to-peer gateway to the open Internet. With uProxy installed, somebody in Iran could use a friend's Internet to connect with him or her.

Ranking Instruction Multiple Search Engines Test Every website has a set of keywords that are relevant to its topic. If you own a florist website, the keyword could be "flower". 1. How Google Dominates Us (book review, includes search theory) In the Plex: How Google Thinks, Works, and Shapes Our Lives by Steven Levy Simon and Schuster, 424 pp., $26.00 I’m Feeling Lucky: The Confessions of Google Employee Number 59 by Douglas Edwards 7 Image Search Tools That Will Change Your Life by Maria Popova What martinis have to do with reverse art lookup and obscure German calendars from the 1990’s. Although Google has been playing with some fun image search toys in its lab and the official Google Image Search has recently significantly upped its game, some of its most hyped features — color search, instant scrolling, hover preview — are but mere shadows of sleeker, better versions that geekier, more sophisticated image search tools offer. Here are seven of our favorites.

Mar 2013 - Updated // Search Engine Market Share The below data is measured against global website traffic reported by Compete, Nielsen-Net, Alexa, seoMoz, StatsCounter – GlobalStats, and Karma Snack’s Snackfolio traffic analytics. The data is monitored and updated twice a month. Click Here To View Our Social Media Market Share Stats Google Docs Why Google Docs? Google Apps is a tremendous platform for facilitating online collaboration in your classroom, or beyond. It is freely available on the Web and if you are familiar with other word processors, spreadsheets, and presentation programs, you can easily use Google Docs. The chat feature on presentations makes it possible to create a "permeable classroom" by bringing experts into a lesson to interact with students online. Here are some benefits of Google Docs: It is available from anywhere and anytime with an Internet connection.

Ten Search Tools and Tactics Teachers and Students Need to Know I often find myself in conversations with teachers and students about Internet search strategies. Often times the conversation reminds me that what's obvious to me is amazing to someone else. Last week I had that very experience as I taught a couple of teachers some search techniques that they are going to pass along to their students.

Punctuation, symbols & operators in search - Search Help You can use symbols or words in your search to make your search results more precise. Google Search usually ignores punctuation that isn’t part of a search operator. Don’t put spaces between the symbol or word and your search term. History of Computers and Computing, Internet, Birth, Paul Baran Paul Baran Three people can be credited as inventors of packet-switched networks, thus laying foundations for Internet: Paul Baran, Leonard Kleinrock and Donald Davies. Paul A. Baran was born in the town of Grodno (then in Poland, now in Belarus) as Павел Баранов (Yiddish given name "Pesach", one of the most commonly observed Jewish holidays, usually in April) on April 29, 1926, as the youngest of three children in a Jewish family. In May, 1928, his family moved to the United States, first in Boston, then in Philadelphia, where his father—Morris "Moshe" Baran (1884–1979) owned a small grocery store. As a child, Baran delivered groceries for his father in his little red wagon.

Plates-formes de curation Collaborative comparison engine Register Sign in Sign in Sign out 's dashboard Curation Platforms Software - Tweet Library Introducing Tweet Library Tweet Library keeps a local searchable archive of your own tweets, favorites, and retweets so that you can find important tweets later. It adds collections so that you can curate your timeline by organizing related tweets together. And it includes custom filters to automatically group or hide tweets. Screencast Video Quick overview of Tweet Library: Watch QuickTime (1:22, 7.9 MB)

How to Get a Copy of Your FBI The Freedom of Information Act is a powerful thing. If you've ever wanted to know just what those guvmint bastards have on you, anyway, here's your chance. Just fill in the italics in this form letter with the appropriate information, get your signature notarized, send it off, and you're in business! NameBase NameBase is a web-based cross-indexed database of names that focuses on individuals involved in the international intelligence community, U.S. foreign policy, crime, and business. The focus is on the post-World War II era and on left of center, conspiracy theory, and espionage activities.[1] In the 1980s, through his company Micro Associates, he sold subscriptions to this computerized database, under its original name, Public Information Research, Inc (PIR). At PIR's onset, Brandt was President of the newly formed non-profit corporation and investigative researcher, Peggy Adler, served as its Vice President. The material was described as "information on all sorts of spooks, military officials, political operators and other cloak-and-dagger types.