20 Things I Learned About Browsers and the Web 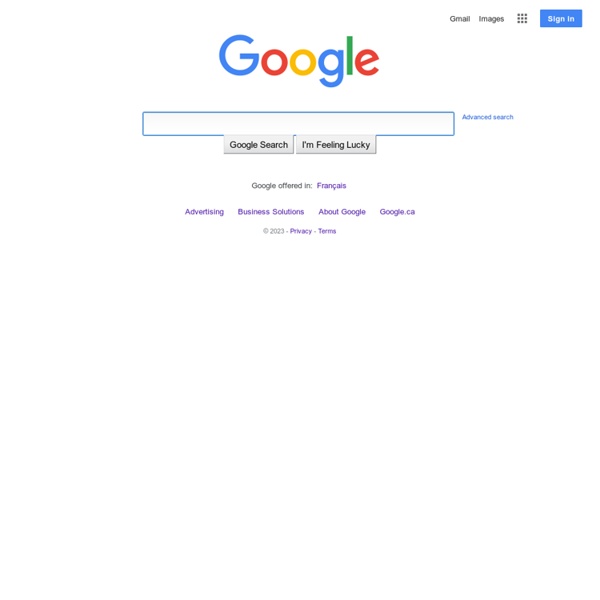 Comparison of e-book formats The following is a comparison of e-book formats used to create and publish e-books. The EPUB format is the most widely supported vendor-independent XML-based (as opposed to PDF) e-book format; that is, it is supported by the largest number of e-Readers, including Amazon Kindle Fire (but not standard Kindle).[1] See table below for details. Format descriptions[edit] Formats available include, but are not limited to: Broadband eBooks (BBeB)[edit] 6 Alternative Browsers Based on Google Chrome Google Chrome is based on the open-source Chromium browser project. Anyone can take Chromium’s source code modify it to build their own browser. These browsers all build on the core browser and offer unique twists on Chrome.

100 Chrome Experiments and counting! Last year we launched Chrome Experiments, a website showcasing innovative web experiments built with open standards like JavaScript and HTML5. Today we’re pleased to announce that the site now points to 100 experiments -- each one made, hosted, and submitted by programmers from around the world. Since the site launched just 18 months ago, browsers have been improving at a rapid pace, and the latest experiments have taken advantage of that. 6 Alternative Browsers Based on Mozilla Firefox Mozilla Firefox is an open-source web browser, so anyone can take its source code and modify it. Various projects have taken Firefox and released their own versions, either to optimize it, add new features, or align it with their philosophy. These projects all have to release the source code to their browsers and can’t call them Firefox or use official Mozilla branding, such as the Firefox logo. Waterfox

UI Guidelines for mobile and tablet web app design Official user interface (UI) and user experience (UX) guidelines from the manufacturers, links to which you can find below, are a source of inspiration for mobile web and app design. Here, you will find guidelines, samples, tips, and descriptions of common mistakes. Many of the guidelines focus on native application development, but we can apply most parts of them to mobile web design too. Remember to provide the best possible experience on each platform. Do not deliver an iPhone experience to a BlackBerry user. NameBase NameBase is a web-based cross-indexed database of names that focuses on individuals involved in the international intelligence community, U.S. foreign policy, crime, and business. The focus is on the post-World War II era and on left of center, conspiracy theory, and espionage activities.[1] In the 1980s, through his company Micro Associates, he sold subscriptions to this computerized database, under its original name, Public Information Research, Inc (PIR). At PIR's onset, Brandt was President of the newly formed non-profit corporation and investigative researcher, Peggy Adler, served as its Vice President.

50 Chrome Experiments and counting! When we launched Chrome Experiments in March, we wanted to create a showcase for innovative uses of web browsers and JavaScript. It was also our hope that artists and programmers from around the world would be inspired to submit their own experiments. Today, we're excited to announce that Chrome Experiments -- which started out as nineteen experiments at launch -- now points to fifty very impressive JavaScript experiments. We'd like to send a huge thank you to the community for submitting such great work over the last five months. Wyzo Wyzo was a web browser based on Mozilla Firefox by Radical Software Ltd.[citation needed] The authors claim it is intended to download and manage all types of media, and they are naming it a Media Browser[peacock term] instead of a web browser. It is currently[when?] in Beta development stage and supports Microsoft Windows and Mac OS X but not Linux.

20 Stunning Examples of Web Designs build around a Photo The right image in the right spot can say more than thousands words, don’t you agree? Using a photo as a key element of web design can give your website an added visual element, as well as depth and space. It is certainly not every photo that will work, but generally if you find one that support the message you are trying to communicate the result can be really great. Using photos as a dominating part of the web design itself is typically seen in photography website templates and many are build on WordPress these days.