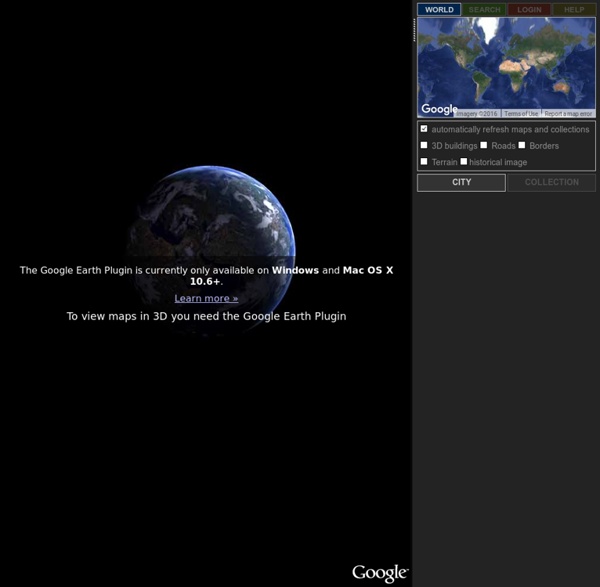 Centre for Global Economic History - Utrecht, the Netherlands Urban data and global economic history Coordinated by Eltjo Buringh (Utrecht University) Much of the recent work done by economists and economic historians analyzing long-term trends in the world economy has used urbanization as a proxy for economic development, and has analyzed data on the number and size of cities and/or the urbanization ratio as measures of the economic success of regions and countries (e.g. Acemoglu et.al. 2005; De Long and Shleifer 1993). Estimates of the size of cities are indeed among the few more or less reliable data available for the pre-industrial age, making it possible to chart and analyse long term trends and spatial structures (De Vries 1984 for a seminal example). Therefore a state of the art global dataset of city sizes can be an important asset for economic historical research.

How Smartphones Can Improve Public Transit Smartphone apps may be the key to getting people out of their cars and onto mass transit. An interesting study of commuters in Boston and San Francisco found people are more willing to ride the bus or train when they have tools to manage their commutes effectively. The study asked 18 people to surrender their cars for one week. The participants found that any autonomy lost by handing over their keys could be regained through apps providing real-time information about transit schedules, delays and shops and services along the routes. Though the sample size is small, the researchers dug deep into participants’ reactions. The results could have a dramatic effect on public transportation planning, and certainly will catch the attention of planners and programmers alike.

eAtlas of Gender is launched Gender equality matters for development The education and health levels of women and girls have improved greatly over the years. But in many parts of the world, women are still dying in childbirth, or not being born at all, at alarming rates. Women continue to lack voice and decision-making ability in the household and in society; and, their economic opportunities remain very constrained.

Visualizing Historical Networks MORE INFORMATION ON HOW TO USE GEPHIThose new to Gephi might consider reviewing the online tutorials. These provide a brief introduction to the program's capabilities. Information about importing geographic coordinate data can be found here. Our own data is available on .csv files and can be imported to Gephi for use in your own explorations. Instructions on importing can be found here.

Peak Urbanization? Emerging markets are driving global growth, and 3.5 billion people are moving to cities. That's $20 trillion of infrastructure to lay down. It's either a big problem or an opportunity. -- Peter Henry, dean of NYU's Stern School of Business, New York Times Magazine. Global investors have focused on the opportunities offered by urbanization in emerging markets. What is the Spatial Turn? · Spatial Humanities What is a turn? Humanities scholars speak of a quantitative turn in history in the 1960s, a linguistic and cultural turn of the 1980s in history and literature, and even more recently an animal turn. Beyond the academy, to turn implies retrospection, a process of stopping in the road and glancing backwards at the way by which one has come. May the weary traveler turn from life's dusty road and in the wayside shade, out of this clear, cool fountain drink, and rest “Landscape turns” and “spatial turns” are referred to throughout the academic disciplines, often with reference to GIS and the neogeography revolution that puts mapping within the grasp of every high-school student.

In The World: Mapping the logistics of megacities As ever-larger “megacities” become home to more and more of the world’s people, the supply chains that bring essential supplies to these crowded populations will become increasingly complex. To help manage these logistics, researchers at MIT’s Megacities Logistics Lab have gathered data — collected by 11 MIT students paired with local students around the world — on representative neighborhoods in Mexico City, Rio de Janeiro, Beijing, Santiago, Sao Paulo, Kuala Lumpur and Madrid. Now that data has been made available online, at no cost, in an open-access pool of information that’s graphically represented on city maps.