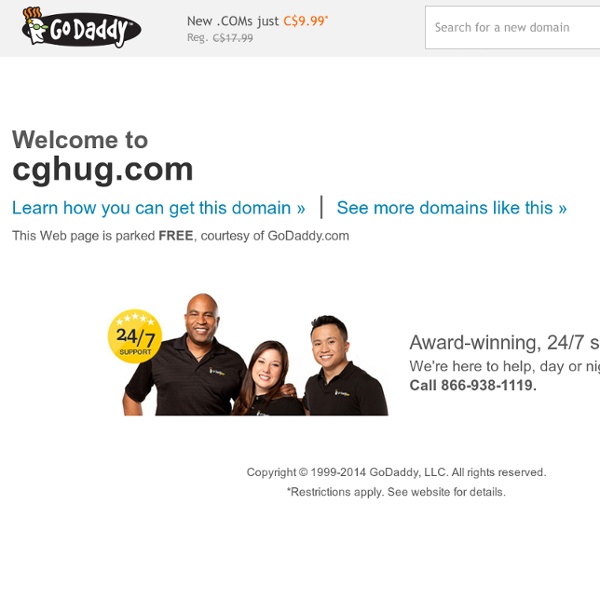 Facial Animation Rig for Delgo - Page 3 - Free Character Tutorials for Maya I am Warren Grubb, Animation Director for Fathom Studios on the film Delgo. (click here for the trailer) When we R&D for the feature film Delgo, I was Technical Director and I knew we would need a facial rig for our characters that was more powerful and flexible than standard multi-targeted blendshape rigs. The solution we came up with, to describe it very simply, uses NURBS curves as influence objects on a poly mesh that is bound to control joints using smooth skining. We retained the ability to create blendshapes if necessary, but we gained, among other things, the ability for animators to create very subtle or extreme changes in expressiveness without having to send the character to a modeler for new target shapes.

Amazing Fantasy Artworks by John Berkey. Amazing Fantasy Artworks by John Berkey. "Self-portrait" For someone who lived almost his entire life in a small town in Minnesota and seldom travelled far from his home, Illustrator John Berkey has shown the world a unique vision of a future in time and space way beyond our wildest dreams. He is most well known as a science fiction artist, specifically for his paintings of huge graceful spaceships of multi-faceted shapes adorned with many intricate details, soaring through outer space.

How to correctly position subjects in an image There is a very simple rule that applies in every image and it can make your subjects really appear like they were originally in the shot. [tweetmeme]In movies the best special effects are the ones you can’t detect. In photomontage applies the same.

Acid Picdump (100 pics) Picdump | 30 Jul, 2009 | Views: 152979 | Do you like it? It is just one of the thousands of posts that we have on the Acidcow.com. Please visit our main page to see other great pictures and videos! Pictures of Moments Speak More than Thousand Words...... Picture can speak thousands of words. Random pictures of insignificant moments always been the most important and most valuable. Photographers and painters beautifully imprint huge number of events, objects and types. Some do it by accident on the momentary desire. Others do it in order to fix the time for the future. For me they are really different and thoughtful, simple but speak lots of words………

Making of PhotoRealistic Actress In 3D Making of PhotoRealistic Actress In 3DMaking-of by CG artist, MAX Wahyudi CGIndia Feature CGIndia bring you quite Useful and Free tutorial for Maya Users. The tutorials is created by CG Artist MAX Wahyudi who shows us Making of "PhotoRealistic Actress In 3D using Autodesks Maya". THE ART OF JOHN ALVIN GETTING GREAT PRESS! - John Alvin Art As some of you who follow The Art of John Alvin, not the book, but the actual art, which is represented by ArtInsights Animation and Film Art Gallery, know quite well, Andrea Alvin has been working for several years writing, compiling, and getting permissions for a (hopefully first) book on John Alvin’s career and art. It is being released by Titan Books. We have been thrilled to see not only the attention that Titan has given it in terms of promotion, but also the interest, well deserved, by the press worldwide.

Animating Water Using Flow Maps Last week I attended SIGGRAPH 2010, and among the many good presentations, Valve game a talk on the simple water shader they implemented for Left For Dead 2 and Portal 2. So on the plane ride back from LA, I whipped up this little sample from what I could remember of the talk. Edit: You can find the talk here: The standard technique for animated water is scrolling normal maps, as I’ve previously written about. The problem with this is that it looks unnatural as water does not uniformly move in one direction. So Valve came up with the idea of using flow maps ( based on a flow viz paper from the mid 90s ).

The Girl Who Loves to Levitate (14 photos) Natsumi Hayashi is a sweet-looking Japanese girl who, one day, decided to take self-portraits..of herself levitating. She can be spotted in and around Tokyo, equipped with her SLR and her self-timer. When she feels the moment strike, she presses the shutter button down and then, quite literally, "jumps" into place. Sculpture in the Gibbs Farm Source: link Gibbs Farm is an unusual setting for a sculpture collection. The North Auckland property is dominated by the Kaipara Harbour, the largest harbour in the Southern hemisphere. Walking the land visitors can appreciate how each artist has come to terms in their own way with the gravitational pull that is exerted on everything as the mountains roll into hills and slide into gullies and slope down towards the wide flat expanse of the Kaipara harbour.

100+ Maya 3D Tutorials For Beginners, Intermediate and Advanced Users When it comes to high-end 3d computer graphics and 3d modeling software package, Autodesk Maya is always one of application to be considered. Maya plays an important role in the 3d visualization and animation industry and they are top choices for many designers on large or small-scale production. Pin it John Berkey: A Tribute (John Berkey in his studio.) Sadly, this last week on April 29th, 2008-the master artist has left us. He was 75. He leaves behind a stunning lifetime of work. John will perhaps be best known for his fantastic depiction's of outer space scenes and spaceships. But, space was just one facet to his amazing ability and talent.