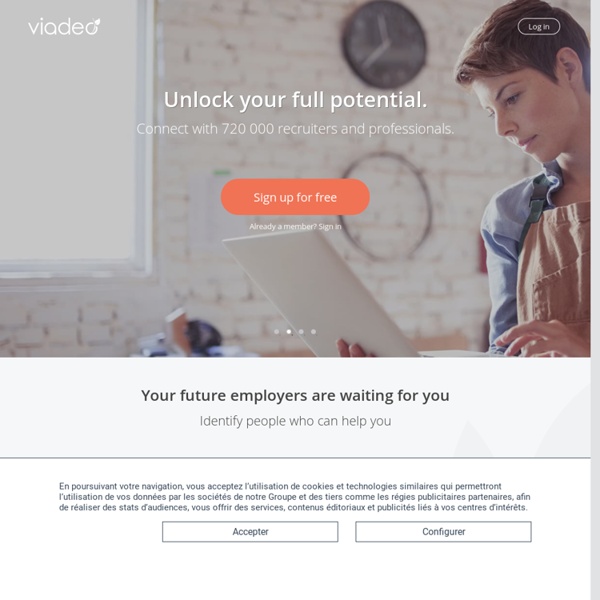 Sign in Amaia found a new job on Viadeo. Amaia, consultant. James found an internship on Viadeo. James, student. Graham was contacted by investors on Viadeo.

Pourquoi les cadres dirigeants détestent-ils les médias sociaux? Appendicitis is a condition occurs when the appendix is inflamed. It is also a condition that must be taken care of quickly. It is imperative that parents can differentiate between appendicitis symptoms in children and normal stomachaches. If you do suspect your child may have appendicitis, seek medical attention immediately. The most noticeable first signs and symptoms of appendicitis are a low grade fever and a complaint of pain around the navel. Your child may complain of worsening pain in the area and pain that moves from the center of the stomach area to the lower right quadrant.

Shopping startup EcoMom raises $2M from Facebook exec and others EcoMom, a site where moms can shop for healthy and environmentally-friendly goods, just raised $2 million in a first round of funding. The Los Angeles startup first announced $1.1 million of financing in October, but by the time the round closed last week, the amount of money had nearly doubled. New backers include Facebook vice president Chamath Palihapitiya and Google evangelist Don Dodge. The site first launched in February 2009 under the name SproutBaby, then in May of this year the company rebranded as EcoMom.

BOL: List of Bioinformatics Vacancy, Jobs, Opportunity websites Bioinformatics cover wide area of biology, and indulge in almost all sort of science related work. Bioinformatician give strong emphasis on open access to biological information as well as Free and Open Source software!! There are several jobs opening in bioinformatics all around the world, but many of them do not get proper attention due to lack of advertisements, or social connectivity. This bookmark is created for an academic, non-academic, scientists and budding researchers to help and updates the bioinformatics/computational biology jobs links of all know websites around the world.

NewsBasis Wants To Unload 75% Of My Inbox By Changing The PR Game Every morning I wake up and find 50 to 100 new emails in my inbox. Am I really that popular? Sadly, no. About 75 percent of it is unsolicited PR pitches. Delete. Search Engine Optimization Are you spending valuable time thinking about FaceBook and SEO? If so, then read on my friend and we'll have a look-see if that time has been well spent. First things first, I don't really like to think of FB as a search engine per se. Why Executives HATE Social Media I’m an executive and I HATE social media. There, I said it. It’s finally “out there.” But before you Twitter a flaming flash mob link to assemble pitchfork-wielding Second Life villagers outside my door, I urge you to take a deep breath, put down your double frappuccino, remove your earpiece, step away from your iPad, and set your iPhasers to stun, for I come in peace. If you’ve ever wondered why your CEO ALSO hates social media, social networking and, well, socializing in general, I urge you to continue reading.

Facebook Ads and the Rising Cost of User Acquisition [Editor's note: Hussein Fazal is CEO of AdParlor, an ad management company for Facebook campaigns with social gaming clients including Ubisoft, PlayFirst and Five Minutes.] One of the most frequent questions we are asked is ‘How much will it cost to acquire users for my Facebook game?’ The answer to this question depends on many factors. Don't Know What You're Passionate About? Here Are 15 Ways To Discover It By Josh Richardson Guest Writer for Wake Up World For some, hobbies become their passion and they always have a strong foundation for pursuing what they enjoy. For others it’s more complicated because they either have trouble discovering the challenges that inspire them, or that one thing that really makes them tick. Either way, we all have something that excites us. Finding passion in your workplace may be a difficult task since the crowded, competitive, materialistic and often frustrating environment is often not conducive to finding what makes you excited.

Better Boost Your Stats: Gild Turns Hunting For A Tech Job Into A Game If you’ve ever gone job hunting online (and who hasn’t these days?) you know just how incredibly inefficient the process can be. Job listings are littered across the web, making it difficult to filter for the ones that match your skillset.