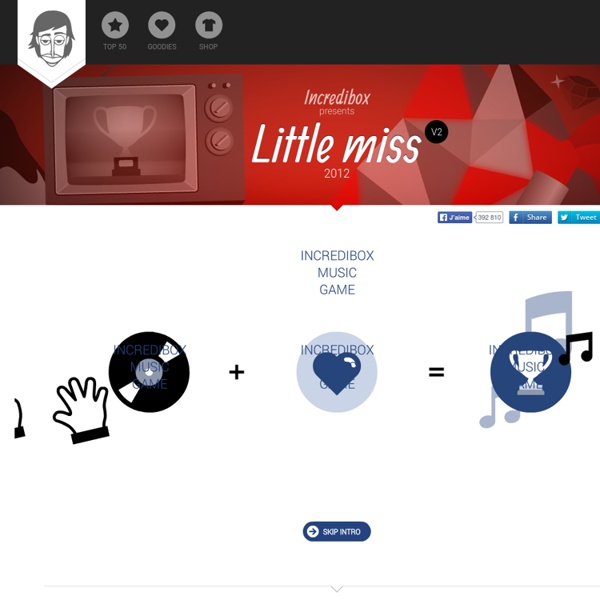 100 Ways to Discover and Enjoy Music UPDATE 12/10/13: We’ve released a follow-up to this post with 100 More Ways to Discover and Enjoy Music. Prepare yourself for another dose of Monday roundup madness! It’s time for another crazily comprehensive, yet carefully curated, look at an entire industry–the music industry to be specific. This if the first in a two-part series on the music industry which will conclude next week. This week’s focus is on the consumer side of music. Collection Of Very Rare Optical Illusion To Hypnotize You Home » Odd Stuff » Collection Of Very Rare Optical Illusion To Hypnotize You Illusions are always mind freaking. An optical illusion (also called a visual illusion) is characterized by visually perceived images that differ from objective reality. The information gathered by the eye is processed in the brain to give a perception that does not tally with a physical measurement of the stimulus source. There are three main types: literal optical illusions that create images that are different from the objects that make them, physiological ones that are the effects on the eyes and brain of excessive stimulation of a specific type (brightness, colour, size, position, tilt, movement), and cognitive illusions, the result of unconscious inferences.

Playlist - The Perfect House Party Playlist: Pre-Drunk Rock To Hip Hop The name pretty much says it all. If you have a house party, this is perfect. You start the list around 9-10ish before people get any spirits in them and the party is bustling. Top 15 Useless websites on Earth to kill your time and the Award Goes to Feeling Bored and want to kill some time. Here are the list of 25 useless websites to do that. Before seeing them i never knew they really existed. Just Check out the list of Top useless websites on earth which make you wonder why the hell they are made and who made them. No Matter what you think about them after visiting their URL, but, they are still there.

beatlab let's get started making music... 1draw on the grid with your mouse to make a beatshow me2 save your track and share it with friends. show me3 out of ideas? roll the dice and start remixing. show me4 explore the beatlab community show me The Top 100 Seventies Singles presents ere's the inside story -- along with links to midis, lyrics and videos -- on the Top 100 singles of the Seventies. Songs we listened to on AM radios at home... in cars... at the beach. From unforgettable masterpieces by major superstars (Marvin Gaye's "Let's Get It On") to definitive singles by forgotten greats (Jim Croce's "Bad, Bad Leroy Brown") to fun, quirky novelties by one-hit wonders (Terry Jacks' "Seasons In The Sun"), these 100 most popular songs of the Seventies are a fascinating combination of the sublime and the ridiculous. P.S. - After perusing this list, don't forget to check out our 100 Additional Seventies Singles section for more reviews of great Seventies singles!

Otomata - Online Generative Musical Sequencer 16 Jul 2011 Click on the grid below to add cells, click on cells to change their direction, and press play to listen to your music. Update: Click here to get Otomata for your iPhone / iPod / iPad! Official facebook page: Also this reddit page has many examples: NOISEY Hamilton Leithauser Ventures New with 'Black Hours' The Walkmen frontman carries his past with him on his solo project. DJ Technics and DJ Ayres Discuss the Past and Future of Baltimore Club Bmore's dance legacy, discussed. Get Your Sticks Out and Check Out The Percussive New Video by Man Forever Man Forever - The Clear Realization from Thrill Jockey Records on Vimeo.

Theremin - A Playable Touch Synthesizer Using Web Audio API ✖Update: 7 February 2014 Thanks to everyone for sharing! Over 100,000 people have played on the theremin in the last 3 days which is absolutely amazing. Due to a large number of requests, we've began working on a record function as well as an offline version of the app which will be available soon. Feel free to either subscribe at the bottom of the page or follow us on Facebook & Twitter for updates and future toys. More info