Kelly McGonigal: How to make stress your friend 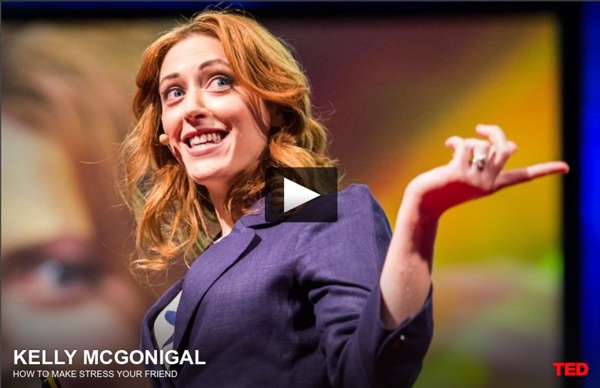 30 Great Examples of People Doing Nice Things Here are 30 pictures that have been going viral on the internet, and they all have one awesome thing in common: they will restore your faith and hope in humanity and this world of ours. With so many terrible stories in the news lately, we hope this list of acts of kindness puts a huge smile on your face. Check them out. Having a bad day?

10 talks from inspiring teachers Professor John Keating of “The Dead Poets Society.” Calculus teacher Jaime Escalante of “Stand and Deliver.” Marine-turned-teacher Louanne Johnson of “Dangerous Minds.” The Terrible Things Your Work Stress Is Doing To Your Health We’re working ourselves to death—literally—and spending billions of dollars staving off poor health in the meantime. In a working study submitted to Management Science, researchers from Harvard and Stanford—Joel Goh, Jeffrey Pfeffer, and Stefanos Zenios—looked at 10 common workplace conflict areas, from work-life balance and shift work to unemployment and lack of health coverage. A common theme: The biggest things that cause stress are also the ones that heap on the most health care costs. The biggest are lack of insurance, a demanding job, and work-family conflict. The complete set of factors they explore:

The Event of a Thread: Anne Hamilton’s Groundbreaking Installation Filmed and Photographed by Paul Octavious It is one of my great regrets that I didn’t head up to New York over the last few weeks to catch Ann Hamilton’s groundbreaking installation, The Event of a Thread, at the Park Avenue Armory. Perhaps the only saving grace of not seeing it in person, or having not covered it on Colossal as coverage bounced around the web, is this gorgeous new video by my friend Paul Octavious who managed to catch a final glimpse of the installation before it closed last weekend. As visually stunning as it appears, I’m certainly left asking… “So what does it all mean!?” A field of swings suspended 70 feet in the air, a gargantuan white curtain attached to a network of ropes and pulleys, readers sitting at giant wooden tables reading to nearby pigeons.

Taking too much stress at work can reduce your sperm count! Working in a physically demanding job, having high blood pressure, and taking multiple medications are among the health risks that may undermine a man's fertility, according to a new study. "Nearly 15% of US couples do not become pregnant in their first year of trying," said the study's senior author Germaine Buck Louis of the National Institutes of Health (NIH). Semen quality is a measure of a man's ability to achieve fertilisation and is based on the number, shape and movement ability of sperm as well as other factors. "As men are having children later in life, the importance of diseases we once thought as separate from fertility must be re-explored," said principal investigator Michael L. Eisenberg of Stanford University, California. The study group comprised 456 men with an average age of 31.8 years.

10 Ways You’re Making Your Life Harder Than It Has To Be 1. You ascribe intent. Another driver cut you off. Your friend never texted you back. Your co-worker went to lunch without you. Everyone can find a reason to be offended on a steady basis. Stress at Work: Tips to Reduce and Manage Job and Workplace Stress Coping with work stress in today’s uncertain climate For workers everywhere, the troubled economy may feel like an emotional roller coaster. "Layoffs" and "budget cuts" have become bywords in the workplace, and the result is increased fear, uncertainty, and higher levels of stress. Since job and workplace stress increase in times of economic crisis, it’s important to learn new and better ways of coping with the pressure.

How Repetition Can Kickstart a Habit ‘Any idea, plan, or purpose may be placed in the mind through repetition of thought.’ ~Napoleon Hill By Leo Babauta The American Institute of Stress Numerous studies show that job stress is far and away the major source of stress for American adults and that it has escalated progressively over the past few decades. Increased levels of job stress as assessed by the perception of having little control but lots of demands have been demonstrated to be associated with increased rates of heart attack, hypertension and other disorders. In New York, Los Angels and other municipalities, the relationship between job stress and heart attacks is so well acknowledged, that any police officer who suffers a coronary event on or off the job is assumed to have a work related injury and is compensated accordingly (including heart attack sustained while fishing on vacation or gambling in Las Vegas). Although the Institute is often asked to construct lists of the “most” and “least” stressful occupations, such rankings have little importance for several reasons. It is not the job but the person-environment fit that matters. View NIOSH Report

Productivity Tips: 11 Ways to De-Clutter Your Day Success tends to create clutter: more meetings, more projects, more decisions, more items on your to-do list. But often doing more can mean achieving less. That's why subtraction can be the best addition, especially when you streamline your workday and, in the process, your professional life.