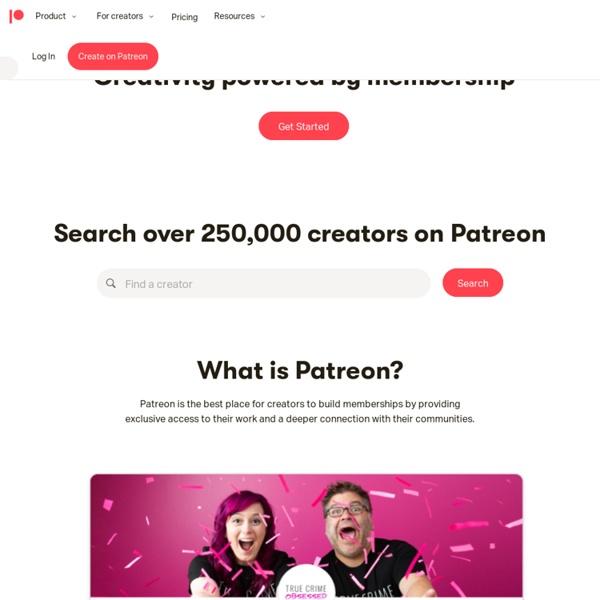 Making the world nerdier, one comic at a time. We make those YouTube videos you might have heard about. Creating an alternate universe of pop songs I'm not selling out! You're buying in! I make music using only the human voice and mouth.

8 of the Best Whatsapp Chatbot Tools to Use in 2020 There’s much about WhatsApp’s story that makes it one of the most interesting of our time. Back in 2009, founders Brian Acton and Jan Koum, both former Yahoo! employees realized the potential of the iPhone app store. But there was a good chance that they hadn’t imagined the level of success they would achieve.

Paul Klee: Triumph of a 'degenerate' "I cannot be grasped in the here and now," the artist Paul Klee wrote as the first line of his own tombstone epitaph. Which in one sense is the opposite of the truth. There are few among the leading Modernist painters who are not more readily known than Klee, with his spindly lines and squared block colours, and even fewer who are more readily loved. Picasso and Matisse seize you with their vision, Klee has the knack of making you feel a partner in it. Click here or on 'view gallery' to see more of Klee's works on show at Tate Modern And yet there is something elusive, unknowable indeed, about his compositions, hovering as they do between natural observation and imagination, neither the one nor the other: "Somewhat closer to the heart/Of creation than usual/But far from close enough," as he puts it in the same epitaph.

Elon Musk’s startup eyes human testing for brain-computer interface Elon Musk’s high-profile foray into connecting brains to computers, a 2-year-old company called Neuralink, detailed its ambitions and unveiled some initial results at a livestreamed event yesterday before an invitation-only crowd at the California Academy of Sciences in San Francisco. With thousands watching online, Musk, the entrepreneur behind Tesla and SpaceX, described the firm’s goal of using tiny electrodes implanted in the brain to “cure important diseases” and “achieve a symbiosis with artificial intelligence.” Details about those planned applications remain sparse, but Neuralink briefly presented some of its first rodent data from ultrasmall electrodes at the event. And in a seemingly spontaneous answer to a question, Musk revealed that the company has already used its device to allow a monkey to control a computer with its brain.

Coggle - Simple Collaborative Mind Maps Realtime Collaboration Invite your friends and colleagues to work with you, at the same time, on your diagrams. Save Every Change Percy Bysshe Shelley Percy Bysshe Shelley (1792-1822), one of the major contributors to English Romantic poetry wrote “Ozymandias”; I met a traveller from an antique landWho said: "Two vast and trunkless legs of stoneStand in the desert. Near them on the sand,Half sunk, a shattered visage lies, whose frownAnd wrinkled lip and sneer of cold commandTell that its sculptor well those passions readWhich yet survive, stamped on these lifeless things,The hand that mocked them and the heart that fed.And on the pedestal these words appear:`My name is Ozymandias, King of Kings:Look on my works, ye mighty, and despair!'Nothing beside remains. Round the decayOf that colossal wreck, boundless and bare,The lone and level sands stretch far away.

Put your projects on the Web. An ongoing index of the best work made by Cargo users. An ongoing index of the best work made by Cargo users. Photo to Oil Painting Converter - Oil painting photo effect online Sending your request to Picture to People server ... It can take a minute to calculate, so please wait. If you receive a file to download, after saving it, refresh this page pressing F5. News & Support Top Photo Editors These DIY Eco-Friendly "Air Conditioners" Are Cooling Down Bangladesh Out in the sticks of Bangladesh, the threat of flooding means that 70 percent of the population live in corrugated tin huts, most of which aren’t hooked up to an electricity supply. In the heat of the summer, this can practically turn these houses into ovens. However, a project called Eco-Cooler is spreading knowledge of a cheap and electricity-free method to cool down houses throughout Bangladesh.

DTSDkindergarten - Links for Kids Skip to main content Create interactive lessons using any digital content including wikis with our free sister product TES Teach. Get it on the web or iPad! Community Time and the Nature of Reality By ZEEYA MERALI We recently ran an article (courtesy of Nautilus Magazine) in which physicist Paul Davies ran through some open questions about the nature of time. I want to alert you to another discussion currently taking place on the Big Questions Online... FQXb (bio) By WILLIAM OREM Everyone is talking this week about the dramatic confirmation of inflationary theory: those first-instant gravitational waves whose details may even point--being, if you will, quantum phenomena that went suddenly ultra-macroscopic--toward the correct... BICEP2: Primordial Gravitational Waves & Evidence... By ZEEYA MERALI Updated: Congratulations to FQXi's Alan Guth and Andrei Linde following the announcement of the first direct detection of B modes -- evidence of their inflation theory.

WebGL Water Loading... Made by Evan Wallace This demo requires a decent graphics card and up-to-date drivers. If you can't run the demo, you can still see it on YouTube. Interactions: Powerfully Moving Brush Strokes UK-based contemporary painter Paul Wright creates incredibly intimate, yet somewhat abstract, oil paintings that draw the viewer in. His work focuses primarily on people and faces, but he occasionally ventures off to depict clothing and objects to reflect the people who own them. Wright captures the essence of his characters. Each artwork has its own emotional expression attached to it. Without divulging too much, each painting displays recognizable subjects.

Leaf Is A “Plug N’ Plant” Box To Automatically Grow Pot In Your Home Marijuana is a sticky subject. Twenty-three states (and D.C) have legalized some form of medical use, but possession, growth and distribution are still illegal in the majority of the United States. However, as is the case with most new industries, slow regulation hasn’t stopped innovation. Examples and Downloads H5P makes it easy to create interactive content by providing a range of content types for various needs. Preview and explore these content types below. You can create interactive content by adding the H5P plugin to your WordPress, Moodle or Drupal site, or integrate it via LTI with Canvas, Brightspace, Blackboard and many other VLEs that supports LTI integration.