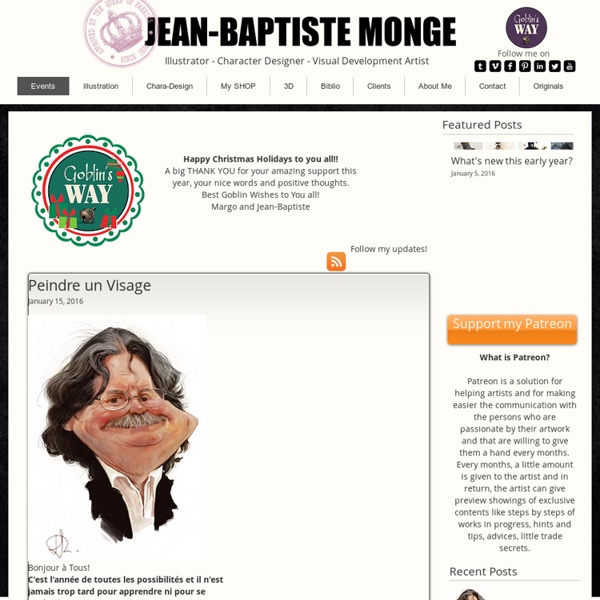 Barbara Cooney Barbara Cooney (August 6, 1917 – March 10, 2000) was an American writer and illustrator of more than 200 children's books, published over sixty years. She won two Caldecott Medals, which are awarded to the year's best-illustrated U.S. picture book[1] and a National Book Award. Her books have been translated into 10 languages.[2] For her contribution as a children's illustrator, Cooney was the U.S. nominee in 1994 for the biennial, international Hans Christian Andersen Award, the highest international recognition for creators of children's books.[3][4] Life[edit] Cartoon Modern Illustrator Eric Sturdevant has posted some terrific Cliff Roberts illustrations on his blog Fun All Around . Roberts (1929-1996) drew these illustrations for the FORD TIMES in the late-1940s while living in Detroit. Right around the time he made these illustrations, he also began to work in animation at Detroit’s Jam Handy Organization. Gene Deitch writes more about Roberts’s early animation career in his on-line autobiography .

juliandenarvaez New set of posters made for ADNEditorial Design, Illustration, Print Design2013 I had the pleasure once again of working with Folio art to produce the illustrations for this Douglas and gordon campaign. Special thanks to Chris Belson from Folio Art, for all his hard work and excellent management, and to Ellie Kingsbury also from Folio Art, for always being ready to collaborate. Drawing, Illustration2013 PAPA SANGRE It was really nice to illustrate this amazing application game in which I work with with two wonderful creative teams, Folio art and Something Else. Papa Sangre is a video game with no video. It’s a first-person thriller, done entirely in audio by an award-winning team of game designers, musicians, sound designers and developers. We’ve created an entire world using the first ever real-time 3D audio engine implemented on a handheld device—an almost impossible feat.

Tender Times by Scott C "Pollens" We are so excited to have Scott C. here at Cotton Candy Machine for his first solo show in Brooklyn! Scott's paintings have appeared in galleries and publications around the world. op imagen artística del día - junio «grasshoppermind op art image of the day – june Posted by grasshoppermind on June 2, 2012 Posted in: op art and geometric art. Leave a comment Gnomon unveils complete guide to look dev in Modo Friday, December 20th, 2013 | Posted by Jim Thacker The Gnomon Workshop has released a comprehensive guide to look development in Modo, recorded by veteran games and VFX artist Andras Kavalecz and clocking in at nearly eight hours of footage. A complete guide to look development The video, called simply 3D Look Development in Modo, guides the viewer through the entire look dev process, using a detailed truck model as a worked example. Topics covered include modelling, UV layout, texture painting, use of replicators for instancing geometry, shading, lighting with HDRIs, setting up volumetric clouds and dust, and rendering.

Peter Gut Peter Gut is a Swiss typographer, illustrator and caricaturist based in Winterthur. He has collaborated for years with the weekly magazine Facts, and today works for Weltwoche, the Neue Zürcher Zeitung and the business magazine Bilanz. Gut also designs book covers and thanks to my daughter Michelle, who bought me the postcard above. 15 influences that stick with you, FOREVER. - Yuko Shimizu I don’t love getting asked about my artistic influences and inspirations. I had stopped answering the question all together some years ago. The biggest reasoning behind it was because I have lived long enough to the point things that have influenced me at some point in my life often have no relevance to who I am now, though, I may still see those early influences in my work.

Drawings #4 « Anton Vill Art Paints Under Construction Sketchbook Fabien Merelle's Otherworldly Scenarios Fabien Mérelle is a highly talented and emerging young French artist who creates delicately detailed drawings in black ink and watercolour. Mérelle was granted a residence at the prestigious Casa Vélasquez in Madrid and in 2010 he was the first winner of the highly lauded Canson Prize. Although Mérelle’s drawings appear at first sight realistic in their rendering, they in fact depict outworldly scenarios, unsettling situations and dream-like occurrences. Working on a minute scale against a sparse white background, Mérelle prompts the viewer to individually examine his figures and peer into a world, which from the outset may appear as our own, but upon closer inspection is a rendering of a personal streaming subconscious.