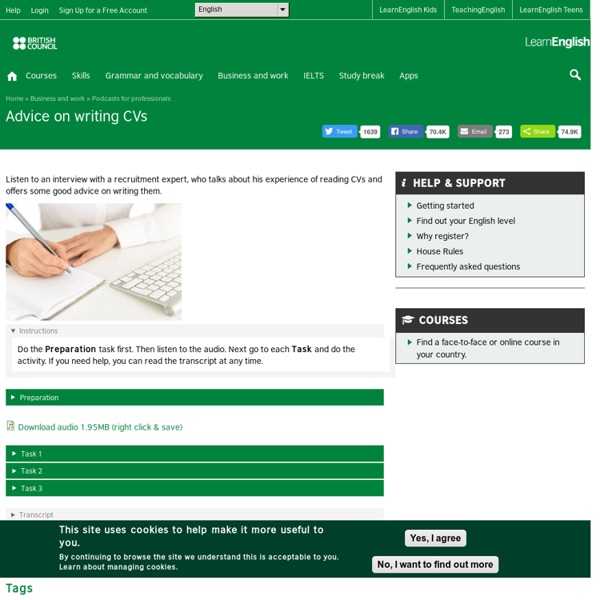 Verbs followed by ‘ing’ or by ‘to + infinitive’ 1 When one verb is followed by another, the second verb can either be an infinitive or an –ing form. Thesis Statements What is a Thesis Statement? Almost all of us—even if we don’t do it consciously—look early in an essay for a one- or two-sentence condensation of the argument or analysis that is to follow. We refer to that condensation as a thesis statement. Why Should Your Essay Contain a Thesis Statement? to test your ideas by distilling them into a sentence or two to better organize and develop your argument to provide your reader with a “guide” to your argument

Verbs followed by ‘ing’ or by ‘to + infinitive’ 2 Verbs followed by ‘ing’ or by ‘to + infinitive’ (2) When one verb is followed by another, the second verb can either be an infinitive or an –ing form. Some verbs can be followed by either an infinitive, or an –ing form but with a change in meaning. These are some of the most common ones. Be a better writer in 15 minutes: 4 TED-Ed lessons on grammar and word choice There’s no denying it — the English language can be mighty tricky. When writing a paper, a novel or even an e-mail, you might look at a sentence you just wrote and think, “Is that comma supposed to be there?” or “Is that really the best word to use?” Fear not! TED-Ed has put together a list of four of our favorite grammar and language lessons to get your next piece of writing in tip-top shape. First, let’s look at the often-confusing comma.

World Cancer Research Fund International There were an estimated 14.1 million cancer cases around the world in 2012, of these 7.4 million cases were in men and 6.7 million in women. This number is expected to increase to 24 million by 2035. This growing cancer burden, within the overall context of non-communicable diseases (NCDs), was a key focus of the September 2011 UN High Level Meeting on NCDs. Tone in Writing: Teach Students How to Identify Tone and Use it Effectively in their Own Writing. written by: Trent Lorcher • edited by: SForsyth • updated: 1/17/2012 It has been my observation that students cannot identify tone, identify whether or not their writing reflects tone, or understand the importance of what they are saying and how they are saying it. Let's take care of that problem right now. After teaching students how to write for an audience and with a purpose, how to effectively evaluate point of view, and how to maintain personal voice, I felt good about myself. I called my dad and told him what a smart son he had. Then I realized my students had no idea how to effectively use tone in writing.

5 Examples of Onomatopoeia Many times, you can tell what an onomatopoeic word is describing based on letter combinations contained within the word. These combinations usually come at the beginning, but a few also come at the end. The following examples have been grouped according to how they are used. 1. Water sounds – Words related to water or other liquids often begin with sp- or dr-. Quiz: Fixing Most Common Mistakes Seen in Intermediate Written Exams I must be doing something wrong. On second thought, perhaps my students are doing something wrong. Do you know when your mum tells you off over and over again for not tidying your room and you just nod your head, promise it will never happen again and then, for some unknown reason, you seem unable to keep your promise? My students do it all the time. It’s called being nice.

takeielts.britishcouncil You will be allowed 1 hour to complete two tasks in the IELTS Academic Writing test. The two parts of this practice Writing test are presented on two separate web pages. Make sure you move swiftly from one page to the next so that your practice is as realistic as possible. If you prefer to work offline, download the test paper. In the actual test you will do your writing in an answer booklet. Timing 3 Things You Should Do When Speed Proofreading We’ve all been there—mortified by the consequences of our own lack of care. Catching typos after you’ve hit send can limit your personal and professional opportunities at worst or be just plain annoying at best. You know that you should proofread but don’t because it requires an English degree (right?) and is time-consuming (right?). Actually, almost anyone can quickly and easily reduce (dare we say eliminate?) post-send mortifications by following these three proofreading tricks.

takeielts.britishcouncil You will need to read quickly and efficiently, and manage your time You will be asked to read three different passages and respond to related questions in your IELTS Reading test. The content of the Reading test is different for IELTS Academic and IELTS General Training tests. takeielts.britishcouncil You will be allowed 1 hour to complete two tasks in the IELTS General Training Writing test. The two parts of this practice Writing test are presented on two separate web pages. Make sure you move swiftly from one page to the next so that your practice is as realistic as possible. If you prefer to work offline, download the test paper. In the actual test you will do your writing in an answer booklet. The total time allowed for the IELTS General Training Writing test is 60 minutes.

Feedback on Written Work In a standard course the learners receive feedback on their performance in a variety of ways, ranging from oral feedback on a whole class-level, through individualised comments on a one-to-one basis, to lengthy prose on their written work. While it is easy for feedback to backfire in general, it is all too easy for written comments to backfire horrendously or even be completely ignored. Imagine you are a language learner, you get your written work back and it is covered in red marks – every line has at least two errors highlighted. How would you feel? Do the words ‘deflated’ or ‘demotivated’ come quickly to mind?