World Cancer Research Fund International. There were an estimated 14.1 million cancer cases around the world in 2012, of these 7.4 million cases were in men and 6.7 million in women. 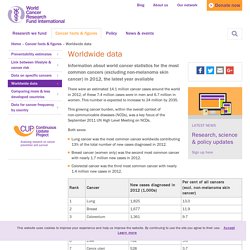 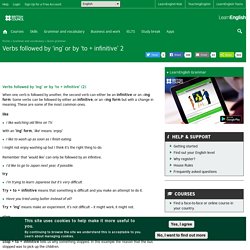 Verbs followed by ‘ing’ or by ‘to + infinitive’ 1. When one verb is followed by another, the second verb can either be an infinitive or an –ing form. 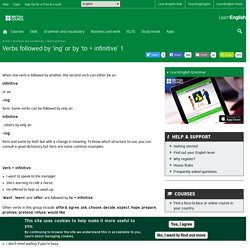 LearnEnglish - British Council. Interviewer: LearnEnglish Professionals is talking to John Woodrow, who works in the Human Resources department of a large UK-based company. 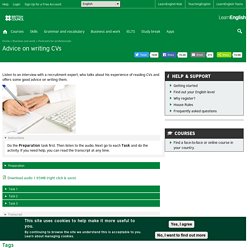 John, tell us about your work ... John Woodrow: I work on recruitment, especially – so I’m the person who reads the hundreds of CVs we get sent each year! Interviewer: Do you accept CVs as part of your recruitment process? John Woodrow: When we advertise for a particular post, we send out our own application form, which is tailored to our company, and we can use it to make sure we find exactly what we’re looking for ... Writing a CV. LearnEnglish - British Council. Watch our series You're Hired. Verbs followed by ‘ing’ or by ‘to + infinitive’ 2. Verbs followed by ‘ing’ or by ‘to + infinitive’ 1. 5 Examples of Onomatopoeia. Onomatopoeia is a fun, linguistic tool used in literature, songs and advertisements. Now that you've seen examples of the individual words, consider the following examples of onomatopoeia words in use. Planet Fat. LearnEnglish - British Council. Writing for a Purpose.

Takeielts.britishcouncil. You will be allowed 1 hour to complete two tasks in the IELTS Academic Writing test. 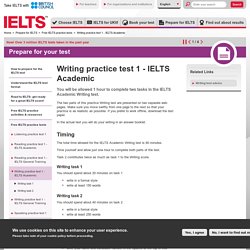 LearnEnglish Teens. LearnEnglish Teens - British Council. Takeielts.britishcouncil. You will need to read quickly and efficiently, and manage your time You will be asked to read three different passages and respond to related questions in your IELTS Reading test. 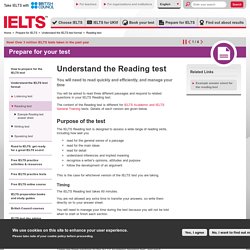 The content of the Reading test is different for IELTS Academic and IELTS General Training tests. Details of each version are given below. The IELTS Reading test is designed to assess a wide range of reading skills, including how well you read for the general sense of a passageread for the main ideasread for detailunderstand inferences and implied meaningrecognise a writer’s opinions, attitudes and purposefollow the development of an argument This is the case for whichever version of the IELTS test you are taking. Timing The IELTS Reading test takes 60 minutes. Skillswise - Spelling. Youtube. A for and against essay about the internet.

Takeielts.britishcouncil. You will be allowed 1 hour to complete two tasks in the IELTS General Training Writing test. 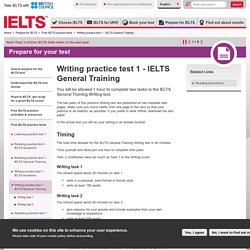 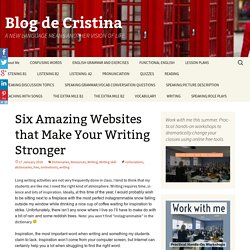 I tend to think that my students are like me; I need the right kind of atmosphere. Writing requires time, silence and lots of inspiration. Ideally, at this time of the year, I would probably wish to be sitting next to a fireplace with the most perfect instagrammable snow falling outside my window while drinking a nice cup of coffee waiting for inspiration to strike. Man rescued after being lost in IKEA for 12 days – Luxembourg Wurst. ARLON, Belgium — A disoriented shopper was rescued on Thursday after being lost for nearly two weeks in an IKEA store near the Luxembourg border. 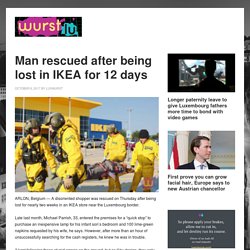 Late last month, Michael Parrish, 33, entered the premises for a “quick stop” to purchase an inexpensive lamp for his infant son’s bedroom and 100 lime-green napkins requested by his wife, he says. Takeielts.britishcouncil. Follow this Listening test advice, and make sure you understand how to respond to 'completion' type questions. 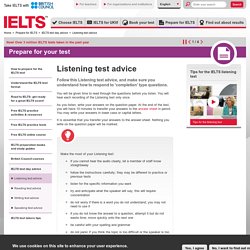 IELTS Listening. Takeielts.britishcouncil. The IELTS Listening test will take about 30 minutes, and you will have an extra 10 minutes to transfer your answers to the answer sheet. The four parts of this practice Listening test are presented over four separate web pages. Make sure you move swiftly from one page to the next so that your practice is as realistic as possible. Download the question paper and blank answer sheet before you start, and write your answers on the question paper while you are listening. BBC Podcasts. LearnEnglish - British Council. English listening skills practice. Pronunciation Bites. The history of the English language in 100 places. That phase has now been completed and the first 100 locations are described in a new book, A History Of The English Language In 100 Places.

It starts in Undley Common at Lakenheath, Suffolk, in 475 where arguably the first use of English was found on a bracteate – a thin piece of metal worn as jewellery – unearthed by a farmer, and ends in the Austrian capital, in 2012, where the University of Vienna is assembling a database of recordings of more than one million words of English, spoken by people for whom it is not their first language, in order to analyse trends. Between the two, the book tells how English developed on these shores, before spreading around the world in countries like America, India, and Australia, and was then taken up in other parts of the globe where it is not a first language. Some time in the last decade, the number of people speaking English as a second language is thought to have overtaken those who speak it as a first language.