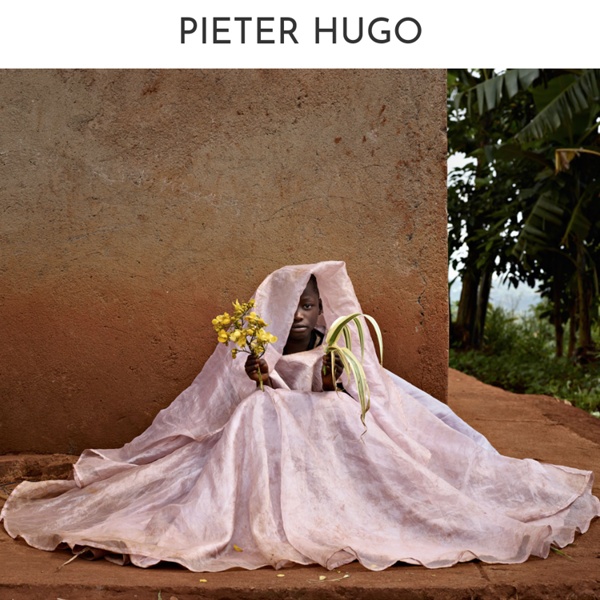 Photojournalism — Brent Stirton KIKA, CAMEROON, JULY 2010: Members of the Baka Pygmy tribe, the original forest dwellers of the Cameroon forests, Kika, Cameroon, June 9, 2010. The Baka have small logging concessions of their own in community forest areas but are plaughed by a lack of education, logging equipment, access to markets and an addiction to alcohol fostered by their Bantu neighbours who ruled them for many years and who often pay the Baka for labor in alcohol. Logging roads and subsequent small towns created by logging concessions are bringing man and infrastructure further into the forest of Cameroon than ever before, Kika, Cameroon, June 5, 2010. This is severely threatening the great forests of the Congo Basin, one of the last great Forest reserves in the world. The Congo Basin forests cover an area the combined size of France and South Africa.

Heading East: photographers Ferit Kuyas' Aurora I'm a big fan of Ferit Kuyas's work. His new book on Guatemala City will be out soon. I'm excited. I-Hsuen Chen The Robert Mapplethorpe Foundation - Biography Robert Mapplethorpe was born in 1946 in Floral Park, Queens. Of his childhood he said, "I come from suburban America. It was a very safe environment and it was a good place to come from in that it was a good place to leave." In 1963, Mapplethorpe enrolled at Pratt Institute in nearby Brooklyn, where he studied drawing, painting, and sculpture. Influenced by artists such as Joseph Cornell and Marcel Duchamp, he also experimented with various materials in mixed-media collages, including images cut from books and magazines. He acquired a Polaroid camera in 1970 and began producing his own photographs to incorporate into the collages, saying he felt "it was more honest."

Photos, Photographers, and Picture Paraphernalia from All Corners of the Globe Jaimie Warren at The Hole: The Exclusive VICE Preview Here's an exclusive VICE preview of new work by Jaimie Warren from her second show at The Hole, which opens tonight. If You're Sick of Hearing About Ukraine, Try Living There In Donbas, Eastern Ukraine, you spend the day hacking away inside a pitch-black, kilometer-deep tar hole, breathing in exposed coal and methane. Why Are So Many Girls Wearing Cat Makeup on Tinder? Like many single, hot-blooded, smart phone-enabled men, I am on Tinder. A strange trend has come to the surface, rising above the Friday night outfit, the bikini picture, the cleavage selfie, the business suit, the goofy face, the model pose, and the picture with pets—girls in ca… Taking Photos of Jihadis in Battle Isn't As Easy As It Used to Be When Robert Nickelsberg began his career as a photojournalist, all it took to embed with the mujahideen was a phone call to their PR representative.

Gregg Segal By continuing to visit this site you agree to our use of cookies. Learn more Un-Daily Bread Daily Bread Wild Swimming Landscape Photography Melts into Color Fields See Also An Entire Film in One Frame: Movie Bar Code Schlaug has been exhibiting his work since way back in 1982. The photographs we bring you here are atypical of his normal series’: he rarely uses digital methods in his work. Over the years his subjects have revolved around capturing architecture and his travels centered mainly in sunny Spain.

Ecosystem of Excess, 2014 - Pinar Yoldas This project starts in the Great Pacific Garbage Patch. Covering between 700000 and 15 million square kilometers, the site is a monument to plastic waste on a global scale. Referring to Kantian aesthetics, it is a truly ‘sublime’ kinetic sculpture built by all the nations around the Pacific Ocean through many years of mindless, unsustainable consumption. As environmental activist and discoverer of the Trash Vortex Captain Charles Moore boldly claims, ‘the ocean has turned into a plastic soup.’ Breaking The Fifth Wall: Visual Essay On Our Perception Yovcho Gorchev not only completed a masters in architecture, but a masters in film design as well. These combined interests of design and film have led him to become a narrative driven, mixed media artist. His latest endeavor, Breaking The Fifth Wall, entails Gorchev creating mind-blowing images in the GIF platform and using them to posit new theories of human perception, the diminishing value of physical space, and sensory experiments of a metaphysical nature. As an artist, Yovcho is inspired by characters, spaces, systems and atmospheres navigated through surreal scenarios and unlikely narratives.

Chris Jordan - Running the Numbers II This ongoing series looks at mass phenomena that occur on a global scale. Similarly to the first Running the Numbers series, each image portrays a specific quantity of something: the number of tuna fished from the world's oceans every fifteen minutes, for example. But this time the statistics are global in scale, rather than specifically American. 50 Year Old Photos Transformed Into Surreal GIFs Designer and artist Cari Vander Yacht works for the well known advertising company Wieden+Kennedy by day… but by night she paints and works on experimental projects like this wonderfully surreal series “TGIMGIF” (Thank God It’s Monday’s Graphics Interchange Format). Wanna make these images extra poppin? Play this track while you do your viewing: Thanks to Cari Vander Yacht.