The 49 Most WTF Pictures Of People Posing With Animals. Happy Famous Artists. "Tadaomi Shibuya" Photo secrets of Marrakech: How to shoot the Red City. Filled with color, light and interesting people, Morocco's "Red City" of Marrakech is a photographer's dream. 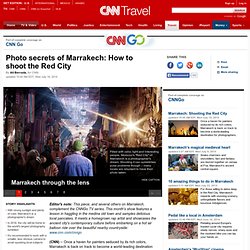 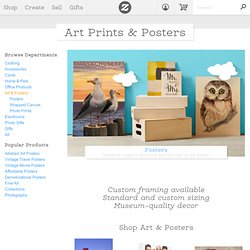 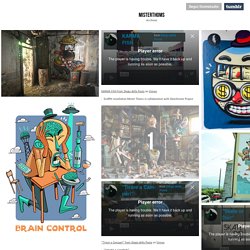 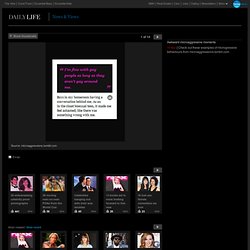 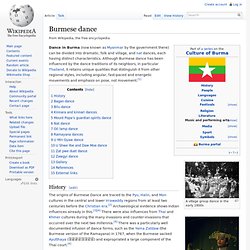 Burmese contemporary art. Burma (Myanmar) is a country in Southeast Asia which has endured isolation for the last four decades. 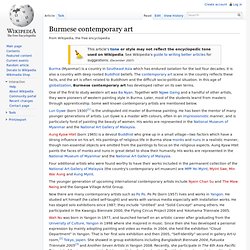 It is also a country with deep rooted Buddhist beliefs. The contemporary art scene in the country reflects these facts, and the art is often related to Buddhism and the difficult socio-political situation. In this age of globalization, Burmese contemporary art has developed rather on its own terms. Contemporary burmese artists. Contemporary burmese artists. Pere lachaise. Gay pride parades take off around world on anniversary of Stonewall riots. Gay Pride parades are set to step off around the world, in cities large and small. 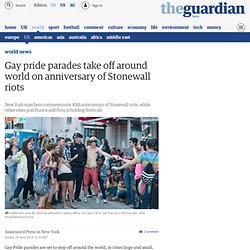 The Regency style of architecture refers primarily to buildings built in Britain during the period in the early 19th century when George IV was Prince Regent, and also to later buildings following the same style. 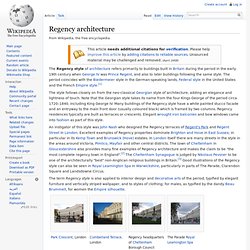 The period coincides with the Biedermeier style in the German-speaking lands, Federal style in the United States and the French Empire style.[1] The style follows closely on from the neo-classical Georgian style of architecture, adding an elegance and lightness of touch. Note that the Georgian style takes its name from the four Kings George of the period circa 1720–1840, including King George IV. DISCOMEDUSA. 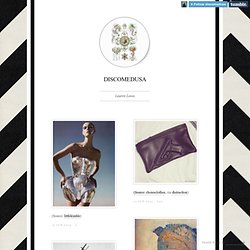 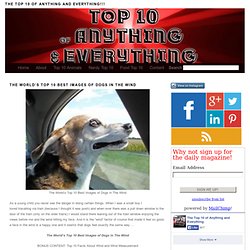 When I was a small boy I loved travailing via train (because I thought it was posh) and when ever there was a pull down window in the door of the train (only on the older trains) I would stand there leaning out of the train window enjoying the views before me and the wind hitting my face. Ali MacGraw. 29 Shots of Dogs Sticking Their Heads out of Car Windows [Humor]

A Post By: Darren Rowse OK – lets put this in the fun basket – it’s certainly not about technically amazing shots. I was surfing on Flickr the other night and came across the first shot below – a cute dog enjoying what all dogs enjoy – putting his head out of a moving car’s window. Free Featured HQ Wallpapers on hqWallbase.com - best free wallpapers website. Desktop backgrounds are free and High Quality. Beautiful Shots of New York City by Andrew Carter Mace. By Eric • Jun 29, 2011 • Selected Work Photographer Andrew Carter Mace has a way with his Nikon D90 camera to make New York city beautiful. Check out a selection of his best shots from his flickr page. Also check out New York City at Night by Evan Joseph. Via MyModernMet Click any photo to see a larger image - Use buttons or j/k/arrow keys to navigate through the articles. Eastside Projects. Shinedown Official Website: New Album Amaryllis - Available Now, Music, Videos, Photos, Lyrics, Tour Dates, Forums.

Brooke shields young. Brooke shields. Milla Jovovich. Agyness Deyn. Agyness Deyn /ˈæɡnɨs diːn/ (born Laura Michelle Hollins;[1][2] 16 February 1983)[3][4] is an English fashion model, actress and singer.[5] Early life[edit] Deyn is from Littleborough, near Rochdale in Greater Manchester.[6] Deyn later moved to Failsworth near Oldham.[7][8] The daughter of a nurse, Lorraine, and second of three children she moved to Rossendale, Lancashire, and attended All Saints Roman Catholic High School, as well as Bacup and Rawtenstall Grammar School and Sixth Form in Waterfoot, Rossendale. Deyn's name was apparently coined to further her modelling career after she consulted her mother's friend, a numerology expert, who advised her of the most 'fortuitous' way to spell the name 'Agnes'.[9] It was reported that her mother Lorraine and sister Emily have both changed their surname to Deyn, while Lorraine has changed the I in her first name to Y.[10][11][12] Career[edit] Modeling[edit] Deyn in 2008 Vogue Paris declared her one of the top 30 models of the 2000s.[21] Music[edit]