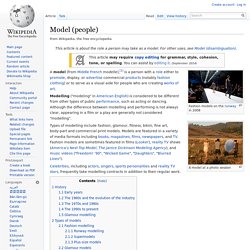 Although the difference between modelling and performing is not always clear, appearing in a film or a play are generally not considered "modelling". Celebrities, including actors, singers, sports personalities and reality TV stars, frequently take modelling contracts in addition to their regular work. Modelling as a profession was first established in 1853 by Charles Frederick Worth, the "father of haute couture, when he asked his wife, Marie Vernet Worth, to model the clothes he designed.[2][3] The term "house model" was coined to describe this type of work.

Eventually, this became a common practice for Parisian fashion houses. In the 1960s, the modelling world began to establish modelling agencies. In 1967, seven of the top model agents in London formed the Association of London Model Agents. John Singer Sargent. John Singer Sargent (/ˈsɑrdʒənt/; January 12, 1856 – April 14, 1925) was an American artist, considered the "leading portrait painter of his generation" for his evocations of Edwardian era luxury.[1][2] During his career, he created roughly 900 oil paintings and more than 2,000 watercolors, as well as countless sketches and charcoal drawings. 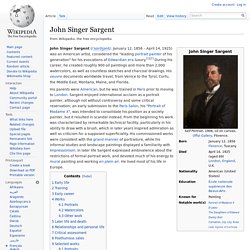 His oeuvre documents worldwide travel, from Venice to the Tyrol, Corfu, the Middle East, Montana, Maine, and Florida. His parents were American, but he was trained in Paris prior to moving to London. Sargent enjoyed international acclaim as a portrait painter, although not without controversy and some critical reservation; an early submission to the Paris Salon, his "Portrait of Madame X", was intended to consolidate his position as a society painter, but it resulted in scandal instead. Early life[edit] Blenheim place Oxfordshire. William helburn. Mario testino. Mario testino. MA students document global issues. 7 January 2015Last updated at 20:15 ET. 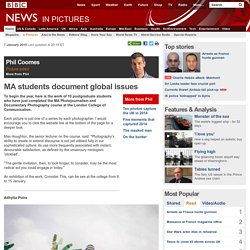 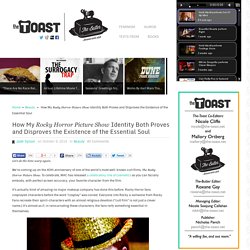 We’re coming up on the 40th anniversary of one of the world’s most well-known cult films, The Rocky Horror Picture Show. To celebrate, MAC has released a celebratory line of cosmetics so you can facially embody, with perfect screen accuracy, your favorite character from the film. It’s actually kind of amazing no major makeup company has done this before. Rocky Horror fans cosplayed characters before the word “cosplay” was coined. Everyone into Rocky is someone from Rocky. Women Trying To Sleep In Art. Okay rule A, don’t take off her cloak when she’s sleeping rule B, don’t touch her hair when she’s sleeping i don’t care how asleep they are, don’t bend over them and stare directly at their vaginas no touching someone’s hips just because they’re asleep either, that seems like a given this is just dickish why would you do that. 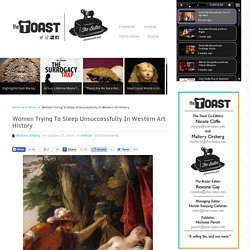 Women Who Want To Be Alone In Western Art History. Babe can we please go home and go to bed after this soloyou said that before the last solo that was the same solo did you really think they were two different songs? 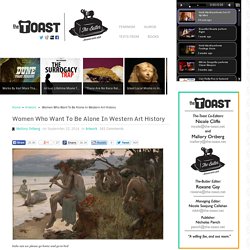 I’ll play it againoh god please don’t at last, her dream was almost a reality: a hat so big she didn’t have to look at anybody. Excerpts from Guy Debord's "The Muppets" "Ozten": Pride and Prejudice for Australians. MRS BENNET: Someone’s finally moving into Netherfield! 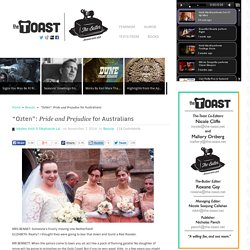 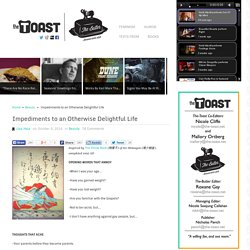 -Have you lost weight? The Best Sentences From Debo Mitford's "Wait For Me!" The Toast accepted this piece prior to the death of Debo Mitford, and is running it now in her memory. 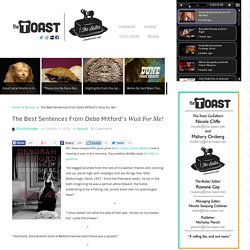 You would probably enjoy the book in question. “He begged plumes from the hats of his women friends and, picking one up, would sigh with nostalgia and say things like, ‘Ettie Desborough, Ascot, 1921.’ Once the flies were ready, he lay in the bath imagining he was a salmon while Edward, the butler, pretending to be a fishing rod, jerked them over his submerged head.” “I once asked him what his idea of hell was.

‘Honey on my bowler hat,’ came the answer.” My Playlist for Standing Outside Benedict Cumberbatch's Wedding Venue. Kiss That Cupid! – The Rockwell Center for American Visual Studies. J. 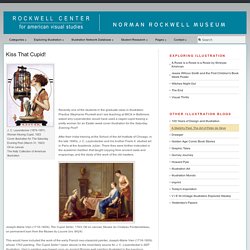 C. Leyendecker (1874-1951) Woman Kissing Cupid, 1923 Cover illustration for The Saturday Evening Post (March 31, 1923) Oil on canvas The Kelly Collection of American Illustration Recently one of the students in the graduate class in Illustration Practice Stephanie Plunkett and I are teaching at MICA in Baltimore, asked why Leyendecker would have used a caged cupid kissing a pretty woman for an Easter week cover illustration for the Saturday Evening Post? After their initial training at the School of the Art Institute of Chicago, in the late 1890s, J. Women Wearing Spectacular Hats In Art History. Oh you do go on tell me what else you like about my hat so many places to wear the hat so many enemies to show up begone can you not see the size and magnificence of our hats how dare a man with a hat that size speak to us. Women Wearing Spectacular Hats In Art History. Classical painting man kissing neck woman.

Sofitel Luxury Hotels. Sofitel Luxury Hotels is a French luxury hotel chain under Accor, which opened its first property in Strasbourg in 1964. Its first overseas opening (in Minneapolis, USA) was in 1974. In 1995, Sofitel had 100 hotels in 40 countries and employed 12,500 people. Two years later, Sofitel joined the Accor Group, founded in 1983 and in 2000, opened properties in Philadelphia and New York.

In 2005, Sofitel continued its expansion with Sofitel Asia Pacific. In 2007, Sofitel created a strategy to compete on the international luxury hotel market with its French Touch and the slogan "Life is magnifique". Sofitel Legend[edit] Nazi propaganda posters. 26 Stunning Images You Won't Believe Were Found On Google Street View. John Rafman Artist Jon Rafman spends hours culling through Google's Street View images to find bizarre and stunning moments happening all over the world. He created a Tumblr, 9-eyes — named after the 9 cameras Google Street View uses — where he curates the best images he finds.

Rafman says sometimes he picks a location and "just wanders," captivated by what he sees. He also doesn't document where exactly the photos were taken. He told The New York Times in 2013: Avaz Twist Tower. The Avaz Twist Tower is a 176 m tall skyscraper in Sarajevo, Bosnia and Herzegovina. It is the headquarters for Dnevni avaz, a Bosnian newspaper company.[1] The tower is located in the Marijin Dvor district, Sarajevo's business district.[2] Construction began in 2006 and was finished in 2008. The tower is notable for its twisted facade.[2] German company Schüco has chosen it among the 10 most beautiful buildings in the world.[1] At the height of 150 m, there is a public viewpoint from which the rest of the city can be seen.[1] References[edit] External links[edit]