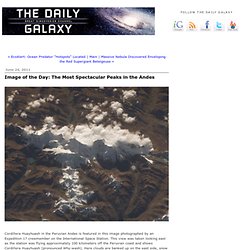 This view was taken looking east as the station was flying approximately 100 kilometers off the Peruvian coast and shows Cordillera Huayhuash (pronounced Why-wash). Here clouds are banked up on the east side, snow covers all higher slopes and mountain peaks, and glaciers occupy lower slopes. This prominent but short mountain range (25 kilometers in length) boasts twenty peaks of remarkable steepness and ridge sharpness. Although only 100 kilometers from the coastline, six of the peaks reach above 6,000 meters (more than 19,500 feet), the highest of which is Nevado Yerupaja, Peru's second highest peak, variously estimated as 6,617 and 6,635 meters high.

Generally considered the most spectacular peak in South America, Yerupaja is so steep that it has seldom been climbed. The Daily Galaxy via NASA. Collection Of Best Press Photographs. 101 Examples Of Aerial Photography. Aerial photography is the taking of photographs of the ground from an elevated position. The term usually refers to images in which the camera is not supported by a ground-based structure.

Cameras may be hand held or mounted, and photographs may be taken by a photographer, triggered remotely or triggered automatically. Today I have collected 100 Awesome Examples Of Aerial Photography which will blow your mind. Milestones Underwater Photography. Stunning Shots Above and Below Water. Get ready to pack your bags! Let’s take a trip and seek out some clear waters where we can capture shots like this. Called over-unders, split-shots, or just splits, this photographic technique helps you see both what’s inside the water and outside of it at the same time.

The lens (usually fisheye) is positioned half above the water and half below the water. If you’re inspired to try this out yourself, you can find out what gear you’ll need along with some useful tips at the Underwater Photography Guide and Dive Photo Guide . Here, then, are 20+ photos that we hope you’ll think about the next time you’re planning a vacation. Fantastic Art by Earth satellite photography. Kees Veenenbos Mars Landscapes. Photographer INTOtheRFD. Breathtaking Examples Of Landscape Photography. We’ve compiled 50 of the most beautiful and breathtaking examples of landscapes photography. Shipwrecks Around the World. Most Incredible Photographs of Volcanic Eruptions. Yann Arthus-Bertrand Best Photos. Wildlife Photography From Golden Turtle Contest. Photography By Xavier Jamonet. Drew Hopper Photography. Incredible Aerial Photography of Yann Arthus-Bertrand. The Wrecks by Anatoly Beloshchin. Photography. Sea Lions. Young Green Tree Frog. Redtail in Flight. Killdeer.

Anza-Borrego Desert. Brazilian Porcupine. Sneezeweed Blooms. Roseate Spoonbill. Julia Butterfly. Louisiana Sunset. Written by Darci Palmquist Published on May 6th, 2011 | Discuss This Article We’re not the only ones who think this photo is a winner: Lana Gramlich’s stunning shot of sun shining through live oaks—taken at Fontainebleau State Park in Mandeville, LA—also won first place in the Art for Madisonville Members’ Show, Feb. 2011. 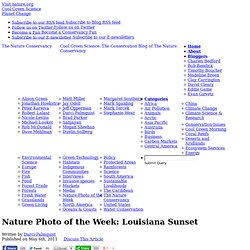 Congrats, and thanks for sharing it with The Nature Conservancy’s Flickr group! See all of The Nature Conservancy’s featured daily nature images—submitted to the Conservancy’s Flickr group by people like you—at my.nature.org. And get inspired to take your own great nature shots—check out our favorite nature photography features, including amazing slideshows and tips from the pros. Tags: Art ofr Madisonville, best nature photo, Fontainebleau State Park, Lana Gramlich, live oak, Louisiana nature, Louisiana photo, Nature Photo of the Week, oak photo, sunset photo. Rainbow Falls. Written by Darci Palmquist Published on May 20th, 2011 | Discuss This Article Blue sky, a tremendous waterfall and a brilliant rainbow… what more could a person ask for? 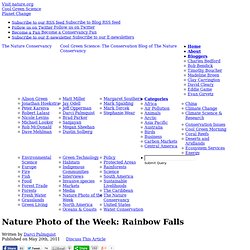 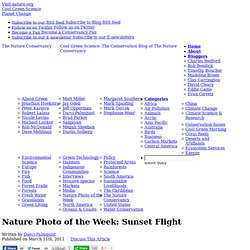 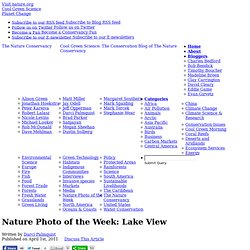 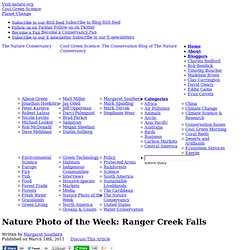 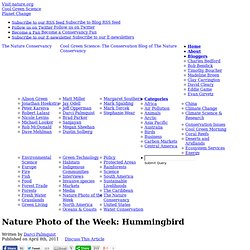 Flickr user tayloremcdowell captured this shot in late March, a sure sign that spring is on its way. Salamanders. Written by Darci Palmquist Published on April 22nd, 2011 | Discuss This Article Spring is all about new life, and this photo of a mama black salamander and her hatchling captures that perfectly. 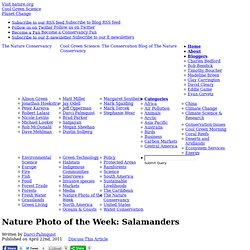 Waterfall. Written by Darci Palmquist Published on April 15th, 2011 | Discuss This Article The photographer has a special bond with this waterfall on the river Varmá in Iceland–it’s a cherished spot for an annual birthday fishing trip. 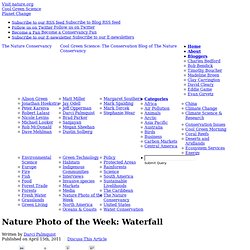 Violet-Green Swallow. Written by Darci Palmquist Published on May 27th, 2011 | Discuss This Article Looks like someone’s been eating well! 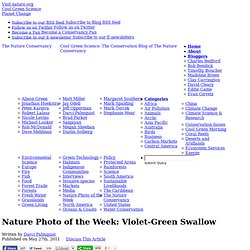 TSO Photography. Pictures, News Photos, Picture Slideshows & More. Light & Composition Books. Home - AmO Images: Capturing the Beauty of Life - AmO Images: Capturing the Beauty of Life. Gleb Goloubetski was born in 1975 in Omsk, Russia, a Siberian town. His father, who died when Gleb was six, was a merited artist of the Soviet Union, and his grandfather was an architect. 35PHOTO - VladimirD - Рiece of the sun. The Arctic Light. Delightful Underwater Photos. Best photos on the web.