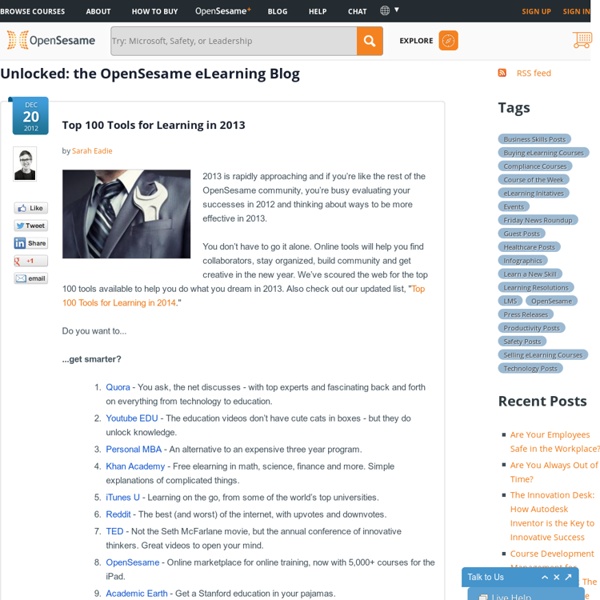 5 Steps to Reinvent Yourself “You’re never too old to set another goal or dream a new dream.” ~C. S. Lewis Change means reinvention. Two World War II reference apps for the iPad Review When I was about 10 years old, I decided it was time to graduate from the Scholastic Reader-approved books of my youth to what I determined was meatier, more adult fare. I checked out a book from the library about World War II—it may well have been one of those Time-Life overviews of the war that doubtlessly make serious historians cringe. But for a 10-year-old it was just the sort of stuff to spark an interest in history that continues to this day. The 10-year-olds of 2012 have more sophisticated tools at their disposal in the form of Apple’s iPad. And that’s given developers a chance to use the iPad’s touch interface and multimedia support to make history come alive in ways that few people probably imagined back in 1982. I’ve recently spent some time with a pair of apps—World War II Interactive and Timeline World War 2—that take the same information about the war that I pored over decades ago and present it in an eye-popping new fashion.

How to Become a Good Singer Without Lessons Enunciate your words clearly so that what you sing is understandable. For this, you need practice. First, find a page in a book to read aloud. 15 Resources to Create Images for Social Media Do you post images on social media? Would you like to create attractive images to share? When creating images for social media, quality makes a difference. In this article we’ll share tools and resources to create professional and engaging social media images that you can use on multiple platforms. Why Create Images for Social Media? In this visual-centric world, it’s more important than ever to create high-quality sharable images.

Learn On Your Own: Independent Scholar Resource Plan One of the most challenging and gratifying parts of learning alone is the opportunity to search for and select your own learning material. Students in traditional classrooms usually don’t get to decide how they are going to master course content. Instructors decide for them in the form of textbook selection, quizzes, tests, group projects, etc.

The Five Essentials of Technology Facilitators: Successful On-Site Help for Technology Integration 4/1/2005 By: Cheryl Whitfield Many school administrators ask themselves the question, â€œWhat can I do to help my teachers integrate technology into their daily lesson plans?â€ Hiring the right person to assist and support the teachers is a step in the right direction.

Great Resume Designs that Catch Attention-and Got People Hired Inspiration June 21, 2011 When applying for a job, you have no choice but to do your best to outshine competition. Even before winning an interview, your qualifications (or in some instance, your character) are already judged by the resume you’ve submitted. It is then important to make your resume or CV as honest, concise, and striking as possible.

The Self-Taught Master: How To Become An Autodidact LonerWolf Ray Bradbury, Frank Zappa, Stanley Kubrick, Benjamin Franklin, Malcolm X, Julian Assange … some of the greatest and most successful people in history were autodidacts. As author and autodidact Helen Beatrix Potter once noted: “thank goodness I was never sent to school; it would have rubbed off some of my originality.” In a world where formal education is the only respected form of learning, it’s no wonder that many of us opt to dish out thousands of dollars to be “taken seriously”, over the more contemplative and powerful form of self-education. In fact, many of the most passionate and talented writers, artists, film directors, philosophers and musicians were vehemently against traditional forms of education. Mark Twain, George Bernard Shaw, Albert Einstein and Margaret Mead were all highly talented self-learners who spoke up against the innumerable limitations of formal education.