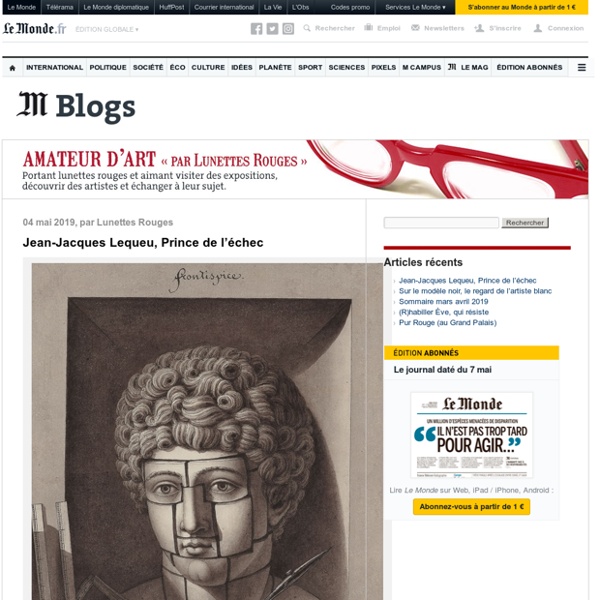 History and Purpose of the Association The Association Pour Que l’Esprit Vive (Let the Spirit Live) was created in 1932. Its founder, Armand Marquiset (1900-1981), was a twentieth-century pioneer in the development of charitable foundations in France. He played a leadership role in bringing to public awareness a large spectrum of social problems and elaborated a number of approaches to solve them. A man of vision and action, he also created a number of charitable and philanthropic organizations: — Les petits frères des Pauvres (The Little Brothers of the Poor) in 1946, whose work is mostly devoted to the elderly.— Frères des Hommes (Brothers of Humanity) in 1965, an association for developing nations.— Les Frères du Ciel et de la terre (Brothers of Heaven and earth) in 1968, for isolated people.

Brice Marden Brice Marden, Untitled Figure Drawing, 2, 1993, encre sur papier. Photos d’atelier à New York : David Seidner. Brice Marden, Catalogue de la Matthew Marks Gallery, New York, 1993. Artworks, Exhibitions & Biography For the past decade, Beatrice Caracciolo has experimented with a variety of materials, starting with her trademark charcoal drawings in which collaged elements often come to the fore. She has developed a series of works in zinc, a medium which bears witness to the passage of time. Of greyish appearance—the colour of time gathered—the recycled zinc used by the artist is the product of chemical reactions provoked by its exposure to natural elements. Thomas Barrow, Modest Structures: Caulked Reconstructions, 1977-1983 @Derek Eller - Collector Daily JTF (just the facts): A total of 10 unique pieces, floating in white frames, and exhibited on the western wall as well as the four walls in the back room of the gallery. All are gelatin silver prints that have been altered by tearing. Nine of the 10 have been stitched together with silicone caulking, 8 of the 10 are colored with spray paint. Half are toned.

Thomas Joshua Cooper Interview Tim Parkin Amateur Photographer who plays with big cameras and film when in between digital photographs. Flickr, Facebook, Twitter Thomas Joshua Cooper Sunday Salon » Uta Barth We are accustomed to seeing…and shooting…photographs OF something. Some person, some object, some thing. In fact, for most of us the subject of the photograph is the reason for the photograph. Christopher Wool Carnegie International, Carnegie Museum of Art, Pittsburgh, 1991–92. Photo: Christopher Wool Galerie Maz Hetzler, Berlin, 1998.