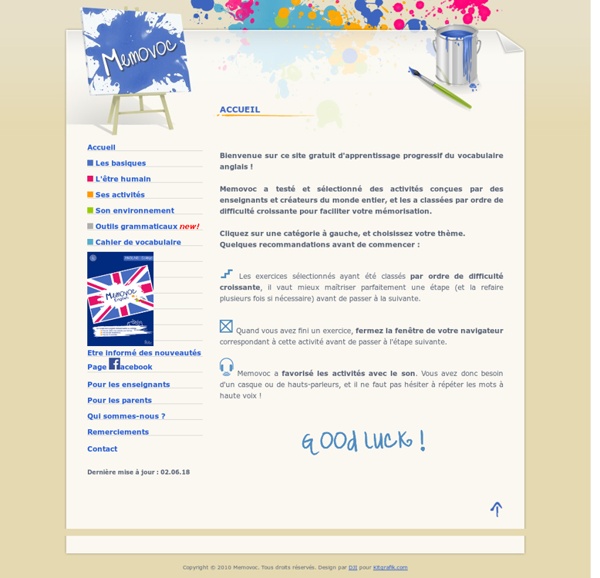 National Geographic Kids Videos Russia: Father Frost - Ep. 65 Get a sneak peak of Are We There Yet? 50 Things To Do The First Week Of School “Every journey begins with a simple thought.” – anonymous A new school year or semester on the horizon can be overwhelming. So much to do, so little time! Autobahn TOEIC listening part I, set 1, exercise 1 Improve your progress in learning English! — Have we reached peak English in the world? In China last month, Theresa May attended the launch of the British Council’s English is Great campaign, intended to boost interest and fluency in our national language. This might sound like Donald Trump’s notorious “Make America great again”, but comes in fact from a stronger position. Beyond doubt, the use of English is greater than ever, and far more widespread than any other language in the world. All non-English-speaking powers of our globalised world recognise it as the first foreign language to learn; it is also, uniquely, in practical use worldwide. The British Council reckons that English is spoken at a useful level by some 1.75 billion people, a quarter of the world’s population. It is taught from primary level up in all China’s schools; it is the working language of the whole European Union.

Yulunga Traditional Indigenous Games Yulunga*: Traditional Indigenous Games is an activity resource of over 100 traditional Indigenous Australian games created to provide all Australians with an opportunity to learn about, appreciate and experience aspects of Aboriginal and Torres Strait Islander cultures. Suitable for children and adults of all ages, abilities and backgrounds, Yulunga can be used in schools around Australia as an educational resource and as a guide to inclusive, structured sport within communities. *Yulunga means playing in the language of the Kamilaroi (Gamori) people of northern-western New South Wales. The Yulunga: Traditional Indigenous Games can be used as skill games or lead-up games in physical education lessons or in specific sport practice sessions. Each activity card provides the following information about the activity: Bands of learning (F-3, 4-6, 7-9, 10-12) Background Description Equipment Variations Safety Teaching tips

Fork-marked lemur - Wikipedia Fork-marked lemurs or fork-crowned lemurs are strepsirrhine primates; the four species comprise the genus Phaner. Like all lemurs, they are native to Madagascar, where they are found only in the west, north, and east sides of the island. They are named for the two black stripes which run up from the eyes, converge on the top of the head, and run down the back as a single black stripe.