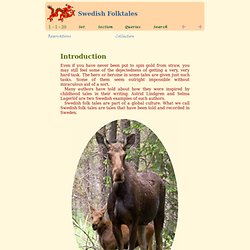 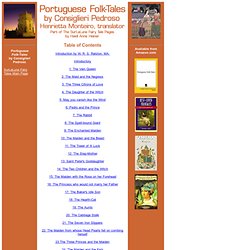 R. S. Ralston, MA. Introductory 1: The Vain Queen 2: The Maid and the Negress 3: The Three Citrons of Love 4: The Daughter of the Witch 5: May you vanish like the Wind. The Laughing Prince - Jugoslav Folk and Fairy Tales. Cossack Fairy Tales and Folk Tales (Ukraine) Ukraine is a country located in Central and Eastern Europe, and is the second largest country on the continent after Russia. 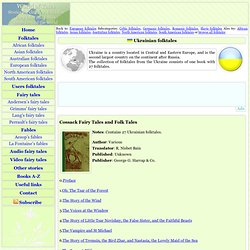 The collection of folktales from the Ukraine consists of one book with 27 folktales. Ads What's interesting in the Ukraine Saint Sophia Cathedral is an architectural monument in Kiev, the capital of Ukraine. One of the city's most popular landmarks, the Saint Sophia Cathedral was the first Ukrainian site to be included in the World Heritage List together with the Kiev Cave Monastery complex. The Russian Garland - Being Russian Folk Tales. Old Peter's Russian tales. Wheeler, Post, Russian-wonder tales (1912) Ralston, W.R.S., Russian folk-tales (1873) 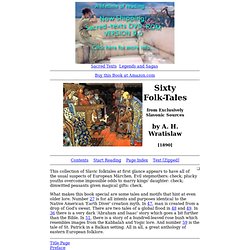 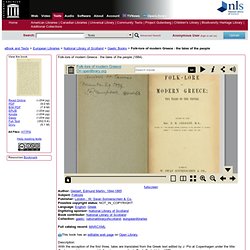 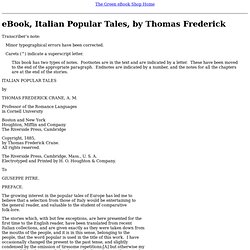 Carets (^) indicate a superscript letter. This book has two types of notes. Footnotes are in the text and are indicated by a letter. These have been moved to the end of the appropriate paragraph. By Professor of the Romance Languages in Cornell University Boston and New York Houghton, Mifflin and Company The Riverside Press, Cambridge Copyright, 1885, by Thomas Frederick Crane.

The Riverside Press, Cambridge, Mass., U. To The growing interest in the popular tales of Europe has led me to believe that a selection from those of Italy would be entertaining to the general reader, and valuable to the student of comparative folk-lore. [Footnote A: Other condensations are indicated by brackets.] In conclusion, I must express my many obligations to Dr. English Fairy Tales - Joseph Jacobs. Celtic Fairy Tales by Joseph Jacobs. Popular Rhymes and Nursery Tales: a Sequel to the Nursery Rhymes of England - James Orchard Halliwell-Phillipps.