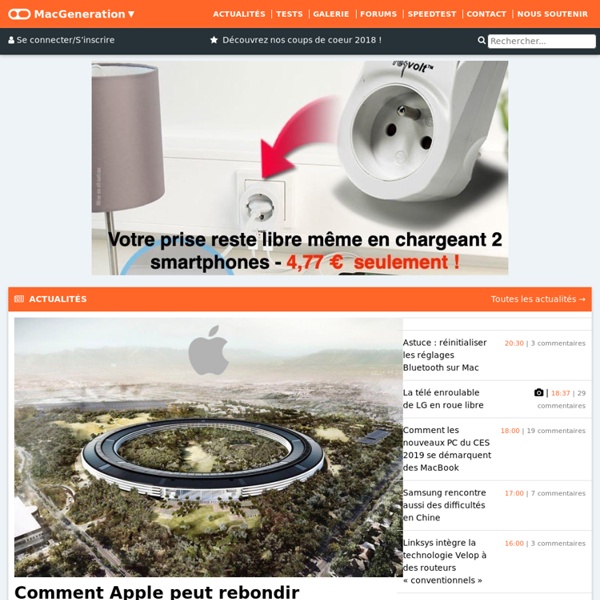 Designing a Mobile App? Don't Make These 10 Mistakes So you've already learned how to navigate the tricky world of cross-platform app design and worked through all of the common pitfalls of developing your app. You have a vision, some inspiration and maybe even a name that you know will be perfect. So ... now what? It's time to get down to the nitty-gritty and begin designing the structure, flow and features that will combine to form your finished mobile app. But actually performing these tasks isn't easy — there are tons of moving parts and project management aspects to keep in mind during development. Developing a functioning and enjoyable mobile app requires discipline and practicality.

Apple TV can now get 3rd-party software from the Net Welcome to the AwkwardTV Wiki As you probably know, Apple TV is a set-top box manufactured by Apple. Out of the box, it is enabled to stream digital content from any computer running iTunes. IT Consumerization, the Cloud and the Alleged Death of the CIO Photo: Courtesy Peter Kretzman As with just about any area, IT is a discipline subject to fads and memes, “received truths” that seem to arise in the press or the blogosphere and then ricochet around the echo chamber until they sound plausible even to skeptics. A number of these roll across my Twitter stream every day. But one such meme rises so high to the top that it has to be the sole focus here.

Mailplane 2 Beta is Available For those of you who don’t know, Mailplane is an application that combines the best of two worlds: Gmail and your Mac. Mailplane is essentially Mail.app for your Gmail account. It allows all of the functionality of regular Gmail, but adds a lot to make life easier. You can compose, save and send email like in a regular browser, but application buttons allow you to compose, send, browse, reply, forward, and Mailplane even includes all of Gmail’s shortcuts. Sending pictures is way faster with drag-and-drop functionality and a media browser. The New Model for Innovation Is Social Most business leaders are by now aware that the growing use of mobile phones is changing the competitive landscape for all companies, no matter what the industry. The extent of those changes is greater than most appreciate, however. They include entirely new methods of designing products and completely revamped methods for selling them. They also involve a fundamentally reinvented relationship with customers: To be precise, the customers are now the boss. Those were some of the key ideas that emerged from a recent conference — “How Mobile and Social Are Transforming Innovation Models: Flipping the Paradigm?”

OurielOhayon Every or nearly every single new service coming out to consumer has some sort of social layer where you need to "follow" people or topics in order to get fresh content updated all the time. That's how the web works today. It's not just about a frame and static content but a content stream of news and information coming your way: Facebook, twitter, pinterest, Flipboard, Pulse,…obviously but also all the new generation of games with social integration. Show me who you follow and i will tell you who you are. AppleTV streams audio from the internet Welcome to the AwkwardTV Wiki As you probably know, Apple TV is a set-top box manufactured by Apple. Out of the box, it is enabled to stream digital content from any computer running iTunes. As there is little information provided about what is going on "under the hood" of the Apple TV, this is a place to collect and share information.

Democratising high speed Internet access in Senegal En Français A decade ago, Senegal was one of the most promising African countries in the area of Internet adoption, with more than double the Internet penetration in Nigeria. Yet today, Nigeria is ahead with 30% of its population enjoying access to the web versus 16% in Senegal. The report identifies a few issues, the most critical of which are rigid licensing and weak regulation. These two issues have resulted in the incumbent operator holding a de facto monopoly on access to the national fiber infrastructure and the copper lines into households. This lack of competition has kept data prices high and inaccessible to many Senegalese. iAntiVirus - Free Mac Anti Virus Software Home » Software » AntiVirus » iAntiVirus – Free Mac Anti Virus Software Posted by km in AntiVirus, Security, Software iAntivirus, a free Mac antivirus software download from PC Tools. This Mac antivirus software can protected against the most nefarious cyber-threats attempting to gain access to your Mac and personal information.

TEDGlobal 2012: 'The more you give away the more you get back' First there was "open" – open source, open tech, open journalism. And now? Prepare yourself for "radical openness". This, according to Bruno Giussani, the European director of TED, the annual ideafests in California and Edinburgh, and its online offshoot TED Talks, is one step beyond mere ordinary openness.

news Last week, on the same day President Ma Ying-jeou accepted the resignation of a minister who made some drunken lewd remarks at a w?iyá (year-end office party), Ma was joking to the media about blow jobs. Classy . Blog Archive » AwkwardTV Loader plugin released Welcome to the AwkwardTV Wiki As you probably know, Apple TV is a set-top box manufactured by Apple. Out of the box, it is enabled to stream digital content from any computer running iTunes. As there is little information provided about what is going on "under the hood" of the Apple TV, this is a place to collect and share information. This website is dedicated to finding additional uses for the Apple TV by (legitimately) enabling its Potential Capabilities, and is a place for the community to share ideas, discoveries and solutions.