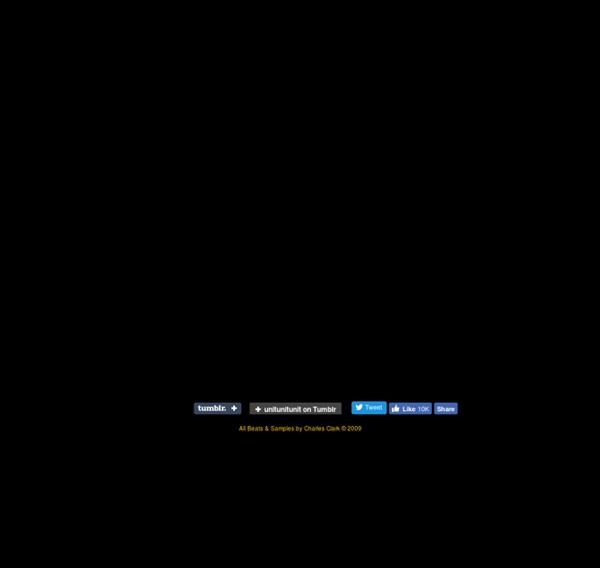 6 Apps & Websites to Get Your Ear in Shape If you followed along with us a few weeks ago, you know how much interval ear training can help you as a musician and how to get started with training itself. If you haven't read it, head on over to Boot Camp for Your Ear. This time, we're going to look at a bunch of applications and websites that will help you with regular ear training sessions. Most of these go beyond intervals, of course. 6 Ways Drumming Heals Body, Mind and Soul From slowing the decline in fatal brain disease, to generating a sense of oneness with one another and the universe, drumming's physical and spiritual health benefits may be as old as time itself. Drumming is as fundamental a form of human expression as speaking, and likely emerged long before humans even developed the capability of using the lips, tongue and vocal organs as instruments of communication. To understand the transformative power of drumming you really must experience it, which is something I have had the great pleasure of doing now for twenty years. Below is one of the circles I helped organize in Naples Florida back in 2008, which may give you a taste of how spontaneous and immensely creative a thing it is (I'm the long haired 'hippie' with the gray tank top drumming like a primate in the background). But drumming is not a distinctively human technology.

Music Images Web Sets Music Graphics Web Graphics Music Website Graphics Sets Web Graphics Sets Web Page Templates Music Notation Symbols - Free Music Images Graphics Web Graphics Images Clipart Music Linkware Graphics LinkwareGraphics.com Linkware Graphics Music Images specializes in high quality music graphics, Web graphics, and images for websites. We hope you enjoy these music Web graphics created for Linkware Graphics by SKDesigns Web Site Design, Development, and Graphics. Need specific Web graphics, music graphic images for your website, a music theme website template set, custom graphics for music software, other software, or any other project? Textbook disclaimer stickers This post is for people tracking the bizarre ethical slide of The Consortium for Plant Biotechnology Research, Inc. (CPBR). As you probably know from my earlier posts, CPBR sends out a yearly invitation to plant biotechnology researchers to submit grant proposals. Part of the emailed PDF has instructions on how to make a scientific poster, and a big part of that section was created by copying/pasting text from my page on the topic (but with no quotation marks and no attribution). Because I happen to have an official copyright registration on my poster design page, the PDF is in violation of U.S. copyright law.

Pacxon Additional Information: Use Pacman to capture sections of the board in Pacxon. Clear 80% to progress to the next level. Pacxon is the most popular game on the whole site! Pacxon is the most popular game on the site. It's a classic combination of retro arcade games Pacman and Xonix. Pacman, is one of the most recognised and played arcade games in history. Chrome Experiments - "WebAudioToy" by Daniel Pettersson From the Author: This is kind of a toy or explorer thingy using various HTML5 techniques which lets you play with Web Audio API. It can play and generate audio, record audio from the microphone (though browser support is still non-existent), create audio using text-to-speech and apply different kinds of effects. You can also do javascript processing to audio in realtime.

Theremin - A Playable Touch Synthesizer Using Web Audio API ✖Update: 7 February 2014 Thanks to everyone for sharing! Over 100,000 people have played on the theremin in the last 3 days which is absolutely amazing. Due to a large number of requests, we've began working on a record function as well as an offline version of the app which will be available soon. Feel free to either subscribe at the bottom of the page or follow us on Facebook & Twitter for updates and future toys. The Sacred Geometry Of Music The Sacred Geometry Of Music by Andrew Lorimer Music uses the laws of vibration to manifest aurally what exists at the center of everything. Into our reality springs a non-visual harmonic law that is universal. The notes and intervals of music speak directly to the chakra centers and causes them to vibrate in harmony to the vibration of a string or vocal chords, speakers moving through the air, or the sound of someone’s lips making a farting noise through a metal tube. Music uses the laws of physics and mathematics to bring out an emotional response in the listener. The music of the Western world uses a mathematical system based on Twelve. All the songs you have ever known and sang along to in your life use the same simple laws based on the number twelve.

150+ Free Kids Songs - Let's Play Music The collection of songs we have here on Let’s Play Music is growing so quickly I thought it might be useful to attempt to have them all in once place! So here it is – the free kids songs directory. Each of the categories will be automatically updated as and when I post more kids songs, so be sure to bookmark this page so that you can come back and visit again. The Rubik's Cube Solution How to Solve the Rubik's Cube in Seven Steps The world's most famous puzzle, simultaneously beloved and despised for it's beautiful simple complexity, the Rubiks Cube has been frustrating gamers since Erno Rubik invented it back in 1974. Over the years many brave gamers have whole-heartedly taken up the challenge to restore a mixed Rubik's cube to it's colorful and perfect original configuration, only to find the solution lingering just out of their grasp time and time again. After spending hours and days twisting and turning the vaunted cube in vain, many resorted to removing and replacing the multi-colored facelets of the cube in a dastardly attempt to cheat the seemingly infallible logic of the cube, while others simply tossed it to the side and dubbed it impossible. The Rubik's cube, it seemed, had defeated all. Humanity required a solution, so intelligent gamers went to work to take down the so-called "frustration cube".